Home Columnist A fate worse than death – By Yakubu Mohammed 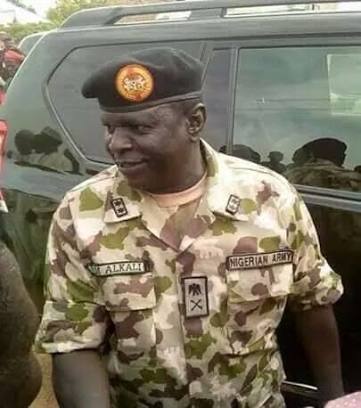 One of those cruel and dramatic ironies of life is playing out with all the tell-tale signs of foreboding – a surreal spectacle full of anxiety and expectation.

A full-fledged general in the Nigerian Army, according to reports in various media, has gone missing since September 2 and is believed to have been killed by some dare-devil criminals on the road between Abuja and Bauchi. Major General Mohammed Idris Alkali, until his retirement recently, was chief of administration at the Army Headquarters in Abuja. He was travelling to Bauchi from Abuja in a black Toyota Corolla car but his family lost contact with him around Lafendeg in Du District of Jos South Local Government Area of Plateau State.

He’s been missing for about three weeks now, throwing his family and close relations into anxiety and great uncertainty, not knowing what to think and what to believe, whether  his dead or alive. Or simply kidnapped by a bunch of human hunters who have turned hostage-taking for ransom into Nigeria’s fastest growth industry.

And if he has been kidnapped, they wonder, why have the kidnappers not made any demand? But the search and rescue team by the Army, which had combed all the hospitals in Jos and car accident dumps in every police station in the state, has stumbled on a clue – a mysterious pond. The search team has made a startling discovery. It has recovered the door of a Hummer Bus with a sitting capacity for 18 passengers from the pond.

The team is now working on the theory that vehicles of passengers who had been killed in the area have been dumped in the pond which may turn out to be the aquatic graveyard of those hapless victims of senseless marauders operating in the area. In the attempt to get to the bottom of the pond, the team is draining the pond of its water and it has asked for the assistance of some Chinese construction company in the area for equipment and expertise.

But the army has come face to face with an obstacle – not from the spirits but from women who, armed with nothing else but deep rooted superstition dating back to creation. The women are opposed to any attempt to tamper with the pond. The consequence of tampering with the peace of the pond, they believe, is wide-spread calamity in the land.

Numbering about 500, this army of determined Amazons, clad in black attire – some half naked –  would spare no effort, leave no stone unturned, to defend the inviolability of the sacred pond which seems to have cultivated  an insatiable appetite for all manner of sacrificial objects including vehicles and even human beings. Emboldened by the spirits of the pond, one of the women nearly seized a weapon from the soldiers. Talk about the audacity of superstition.

In fact the Army now believes that the general may be among the 11 persons mercilessly killed like sacrificial fowls on that fateful day by unknown gunmen who may in fact turn out to be the priests of the goddess of this sacred pond. But there is an underlining paradox in this eerie narrative that must be disturbing to some of us.

For instance, if one may ask, has our Army as an institution, lost its aura and its awesomeness as a force of maximum deterrent to the extent  that even its personnel from the rank and file to its officer corps, in service or retirement, have ceased to instil fear and/or respect among the general populace including criminals?

In those days, barracks and military installations were not only out of bounds to uninvited persons, they had special allergy for undesirable elements, miscreants and full-blooded criminals. Any gate with the sign proclaiming arrogantly the existence of military personnel was a no-go area for criminals. Ordinarily you would think twice to approach the sentry with someone in camouflage barking an order at you wanting to know: “who are you go there? Advance to be recognised,” something to that fear-inspiring effect.

But not anymore. Today, the protesting women in Plateau State, if given the chance would have wrestled with the soldier disturbing the peace of the pond. General Olusegun Obasanjo, war veteran and worthy successor to Benjamin Adekunle, aka the Black Scorpion at the Third Marine Commando, the man who took the credit for ending the civil war in January 1970, graduated in 1976 to become the Commander-in-Chief of the Armed Forces and Head of State of Nigeria before he retired to the farm and became a chicken farmer. Yes, he also became president of Nigeria for eight years.

Obasanjo as Head of State

But before then, and here is the cheek in the narrative, before he became resident of Aso Rock, he had had to confront some dare-devil armed robbers. And on that occasion, in this grim battle with men of the underworld, the general lost and the robbers won. They made away with his car, their own booty in the encounter with a war veteran and a courageous general.

His battle with armed robbers was like the one between the Biblical David and the Goliath. The poor miserable underdogs waving nothing better than possibly a stolen dane gun, got the upper hand. But he was lucky.

Not so his former counterpart at the First Division of the Army, General Muhammed Shuwa.  The man described by the Head of State, General Yakubu Gown, as the best commander during the war, had retired after a meritorious service to his fatherland. But this general, a legend of an uncommon Shuwa Arab valour, on that fateful Friday afternoon of November 2 2012, sitting in front of his house in Maiduguri, became an unexpected host to three young fellows. 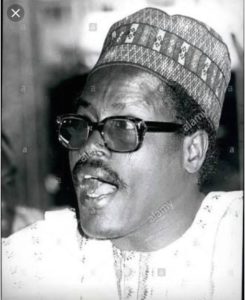 General Shuwa was killed in the safety and comfort of his own house, far from any war front. Those given to the precepts of the great philosophers of yore may take solace in the fact that there is no armour against fate. But in the society like ours where time honoured values have been wantonly sacrificed on the altar of corruption, where honesty  has ceased to be the best policy and even where the leaders only murmur the inanities of holiness when, in fact, they exhibit grandiose folly, even the God above can only be amused but not deceived.

General Mohammed Idris Alkali may have become the latest victim of the callousness of the society that has elected to forget its best and the brightest. Driving from Abuja to Bauchi, this general, who may have retired with honour and integrity minus the air of unwholesome exhibitionism usually associated with people of dubious means, might have been on that dangerous road without an armed escort.

Such is the price good people pay for being upright when it is fashionable to be corrupt, to suffer for other people’s iniquities where there is absolutely no dire consequence for an open display of moral turpitude. In a society like the one into which we have inexorably drifted, where the good people have willingly surrendered to the bad, what has befallen us is a fate worse than death.