Home Columnist Where are the budget implementation reports? 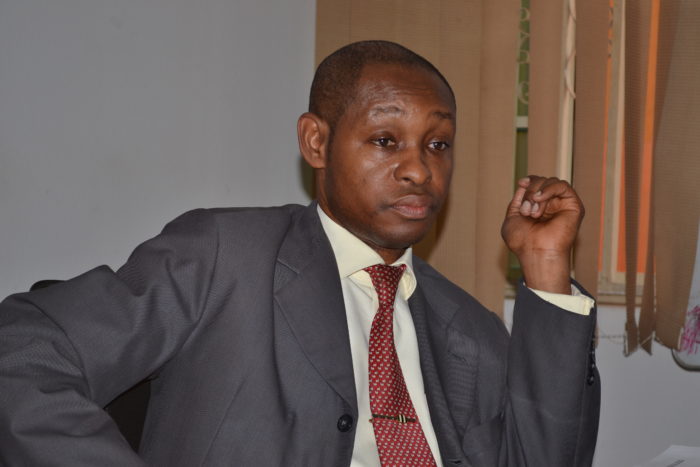 The very basis of the authority of government is the will of the people which is given through periodic elections. Governance as such is delegated power, given by the citizens to a group of persons to hold in trust for them. Part of the architecture for the exercise of the delegated power is a reporting system whereby those entrusted with power for the common will report to their masters, being the citizens who are the ultimate sovereigns, on a regular and periodic basis. Also, those who exercise power on behalf of the people are expected to do so transparently so that every citizen can follow the process of governance.

In no area of governance is this demand for transparency and accountability more expected than in fiscal and economic governance. This is the area of governance that manages the public wealth and resources and disburses them for the benefit of the populace according to an agreed formula. And the budget represents allocation of resources and their disbursement for the benefit of all. Enter the Fiscal Responsibility Act 2007 which seeks to define the exercise and parameters of this reporting obligation. It was enacted as an Act to provide for prudent management of the nation’s resources, ensure long-term macro-economic stability of the national economy, secure greater accountability and transparency in fiscal operations within the medium term fiscal policy framework, and the establishment of the Fiscal Responsibility Commission to ensure the promotion and enforcement of the nation’s economic objectives; and for related matters.

The FRA provides for evidence-led budgeting system with checks and balances and clear lines and times of reporting by the authorities on the budgeting process. In Section 48 (1), it provides that “the Federal Government shall ensure that its fiscal and financial affairs are conducted in a transparent manner and accordingly ensure full and timely disclosure and wide publication of all transactions and decisions involving public revenues and expenditures and their implications for its finances”. The key words governing this transparency and accountability obligation of the government to the people are “full and timely disclosure”, “wide publication of all transactions and decisions”. Again in Section 30, it states as follows: “1) The Minister of Finance, through the Budget Office of the Federation, shall monitor and evaluate the implementation of the annual budget, assess the attainment of fiscal targets and report thereon on a quarterly basis to the Fiscal Responsibility Commission and the Joint Finance Committee of the National Assembly.2) The Minister of Finance shall cause the report prepared pursuant to subsection (1) of this section to be published in the mass and electronic and on the Ministry of Finance website, not later than 30 days after the end of each quarter”.

Current events in the budget reporting process indicate an abdication and abandonment of this statutory mandate by the Ministry of Finance, Ministry of Budget and National Planning Commission and the Budget Office of the Federation. The law places the obligation on the Ministry of Finance through the Budget Office of the Federation to ensure reporting. However, the website of the Budget Office of the Federation indicates that as at the time of writing this discourse, the last budget implementation report (BIR) published is that of the third quarter of 2017. None for the fourth quarter of 2017 and no consolidated 2017 BIR have been published. Also, there is no BIR for the first and second quarters of 2018. This is a retrogressive movement compared to the situation in the years preceding 2015, before the change of administration. Although, the reports in that era also came late but they were published much earlier than what we are witnessing presently.

The FRA’s position on the timing of the publication of the BIR is to provide information that can be used to fine-tune budget implementation and learn from mistakes or failures, so as not to repeat them. The extant scenario seems oblivious of this arrangement. For instance, the 2017 BIRs were supposed to inform the 2018 budgeting process, from preparation to implementation. Already, the implementation of the 2018 budget has started without the requisite 2017 BIRs. Again, the 2019 budget Call Circular is out and federal ministries, departments and agencies are already preparing their 2019-2021 medium term sector strategies without the benefit of the full year BIR for 2017!

Thus, the disclosures by President Muhammadu Buhari and the Finance Minister, Kemi Adeosun, on the extent of implementation of the capital votes of 2017 are not founded on any empirical basis. Where is the report that details budget implementation for the whole year? The figures which have been presented are at best, back of the envelope unconfirmed figures that have not been subjected to the rigours of empirical analysis. The figures seem more like public relations stunts not founded on the law.

However, some of the responsibilities of the Ministry of Finance under the FRA in relation to the budgeting process have been illegally transferred to the Ministry of Budget and National Planning in a way and manner that suggests a disdain for the law. For a government to restructure the responsibilities of a ministry and still refuse to amend the law that stipulates these responsibilities is a violation of the rule of law. Indeed, the amendment of the law should have been the first act once the federal government takes the decisions to restructure the mandate of ministries.

Evidently, the Federal Government is not living up to its obligations under sections 30 and 48 of the FRA. Nigerians are left in the dark about how their budgetary resources are managed. Nigeria’s federal fiscal governance cannot continue in this opaque dance in a regime that claims to be dedicated to fighting corruption. The Ministry of Budget and National Planning and the Budget Office of the Federation must live up to their statutory duties.