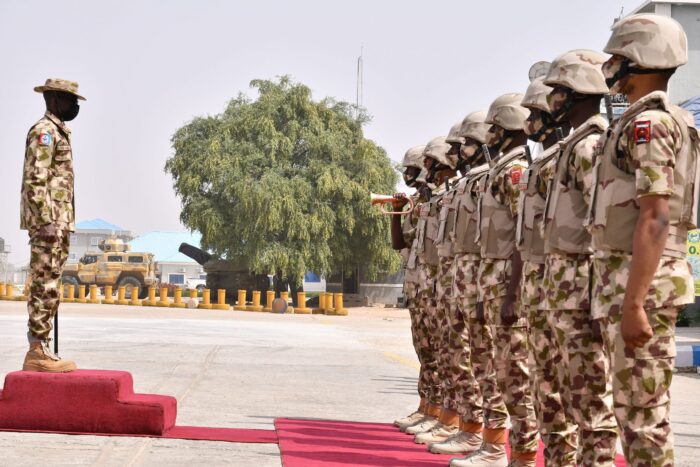 A group, Northern Youths Vanguard for Development (NYVD), has praised the Armed Forces of Nigeria for their efforts toward peaceful Christmas and New Year celebrations.

The group made the commendation in a statement jointly signed by its President, Mr Yakubu Dauda, and Secretary, Mrs Roseline Musa, on Monday in Abuja.

According to the group, peaceful Christmas and New Year celebrations across Nigeria showed that the military was determined to keep its promises to ensure peace in the country.

The group expressed delight that Nigerians, especially those in the North-East, had peaceful Christmas and New Year celebrations.

It urged the people to continue to cooperate with the military through provision of useful information.

“On the new year eve, banditary kingpin, Gwoska Dankarami, escaped death by the whiskers when air strikes of the Nigerian military targeted his hideout along Kaura Namoda Road in Zurmi Local Government Area of Zamfara State.

“Similarly, troops of 199 Special Forces Battalion hit out at terrorists on the eve of new year along Maiduguri to Damboa Road, killing some of them.

“Reports from the North East are cheering and give us hope that, very soon, normalcy will be completely restored.

“We in NYVD command the Armed Forces of Nigeria under Gen. Lucky Irabor for making all this possible.

“We are very hopeful it will get better for the North and Nigeria as a whole,” it said.

The group advised parents to monitor activities of their wards to prevent them from being recruited by criminals for nefarious activities.