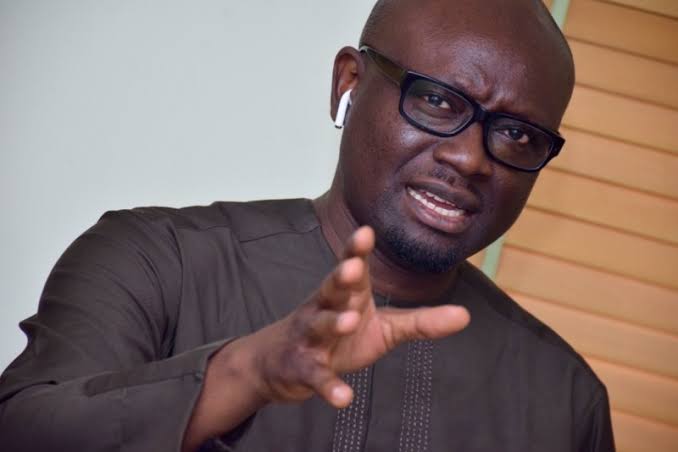 A Yoruba Muslim engineer recently alleged that because of his Islamic faith, he was denied a job by Femi Osibona, the real estate tycoon behind the collapsed 21-storey building. Since then, there has been an intense debate over allegations of pervasive discrimination against Yoruba Muslims by their Christian kith and kin. I, however, find it ironic that after Osibona’s death, a video also showed him conducting Oba Abdulrasheed Akanbi, the Oluwo of Iwo and self-acclaimed Emir of Yorubaland, round the building. The Oluwo is a Muslim, by the way. I also saw a list of victims of the tragedy, many of them with Muslim names such as Ndajor Ahmed, Yunusa Abubakar and Ajiboye Habib.

Unfortunately, Osibona is not alive to defend himself so we would never hear his own version. We also understand that the engineer in question has now been employed by a company owned by a Muslim. Meanwhile, the Muslim Rights Council (MURIC) — which has been working round the clock to politicise religion in the south-west the same way the Christian Association of Nigeria (CAN) did at the national level in the 1980s and 1990s — immediately issued a statement saying “the rejection of a Muslim applicant” is evidence of the “alienation of Muslims in Yorubaland”. Before you could blink, this had gained a life, gleefully fuelled by outsiders who seized the opportunity to promote discord. At a time we should be mourning those who died in the tragedy, we are arguing over religion.

I must first confess that I have always been very proud of the religious harmony that shapes social relations in Yorubaland. By harmony, I do not suggest the absence of religious differences or occasional tensions and conflicts. Rather, I define religious harmony as the insignificance attached to these differences. They are like a dot in a big picture. Religious fundamentalism is on the fringes in political, economic and social relations in Yorubaland. It is very common to hear people say “we were all created by the same God” or “we are all worshipping the same God”. This may sound like a denial or political statement, but it is more of a self-evolved mechanism to manage the differences.

Does that mean individuals do not harbour bigotry? Of course not. There are Muslims who would prefer to associate with fellow Muslims only and there are Christians who would always prefer to engage with just fellow Christians. This is universal; it is not peculiar to any religion or ethnic group. If we stretch it a little bit, we know there are Pentecostals who would not want to be friends with or employ Catholics, and vice-versa. Among Muslims, there are divisions and subdivisions as well. More so, I know Christians who would never eat Eid al-Adha meat and I know Muslims who would never step into a church even for a secular event. The unliberated mind is instinctively given to prejudice.

Those who read me regularly are aware that I preach ethnic and religious “balancing” as a way of dousing fears of domination in a multi-cultural society. But I am disturbed by the obvious plot to weaponise religion and destabilise Yorubaland. Nobody should take the hullabaloo over the Osibona affair as a happenstance. There has been a sustained and not-so-subtle campaign in the last 10 or so years to sow seeds of discord among the Yoruba, to play Muslims against Christians and Christians against Muslims. One recurring evidence is the opposition to the wearing of hijab in schools. If a Deeper Lifer can wear a scarf to school, why can’t a Muslim put on her hijab? Another evidence is the weaponisation of religion for political gains to turn Yorubaland into another Kaduna state.

I don’t know how they do it, but the Yoruba have always managed to navigate religious sentiments when playing politics. Religion as a content of Yoruba politics is so insignificant it is almost unbelievable. In the first republic, for instance, some of the most trusted associates of Chief Obafemi Awolowo, the revered Yoruba politician, were Muslims, notably Chief SO Gbadamosi and Alhaji DS Adegbenro. The Western House of Assembly crisis of 1962 saw Awolowo favouring Adegbenro to take over as premier from Chief SL Akintola, a Christian. I have not read anywhere that these great politicians ever threw religion into the terrain during their disagreements and rivalries.

Despite the poison that had been injected into the body politic in the 1980s and 1990s over a phantom Islamisation agenda, the Yoruba still managed to keep religion to the lowest level in their politics. The south-west overwhelmingly supported Chief MKO Abiola, a Muslim, in the 1993 presidential election. Many of those who took the bullet for Abiola were not of his faith. Chief Abraham Adesanya, who led the Afenifere onslaught to de-annul the June 12 election, was a Christian. Later on, the Afenifere leadership — mostly Christians — favoured Asiwaju Bola Ahmed Tinubu, a Muslim, above Mr Funso Williams, a Christian, for the governorship of Lagos state.

In Oyo and Ogun states, the governorship batons have been passing between Muslims and Christians since 1999 — yet it was not by design or agreement. Mr Dapo Abiodun, a Christian, is today governor of Ogun with the full support of Tinubu, a Muslim. Tinubu also backed a Christian, Mr Babajide Sanwo-Olu, to be governor of Lagos state when he could have picked from a plethora of Muslim aspirants who were no less his favourites. Mr Seyi Makinde (PDP) was elected governor of Oyo state with Alhaji Rashidi Ladoja standing in his corner. In the same state, Chief Adebayo Alao-Akala, a Christian, asked his supporters to vote for Mr Adebayo Adelabu (APC), a Muslim.

In 2015, Chief Bisi Akande, a Muslim, nominated two ministers into President Muhammadu Buhari’s cabinet — Prof Isaac Adewole and Prof Omoleye Daramola. Both Christians. Religion did not shape his thinking. Amosun, a Muslim, nominated Mrs Kemi Adeosun, a Christian, into the same cabinet. For every instance of religious bigotry recorded in Yorubaland — either in politics or the socio-economic sphere — I can give a thousand examples to counter it. I would rather suggest that this spirit of accommodation and tolerance be promoted nationwide but those who have other motives would rather be amplifying something else to promote an agenda. It is a dangerous and dirty game.

It is not uncommon for a Yoruba to come from a multi-religious family. Recently, a colleague lost his sister. I asked about burial plans. He calmly said she had been buried. I was surprised. “I didn’t even know that you are a Muslim,” I said. He replied: “I am a Christian but my sister was a Muslim. My father was a Christian and my mum an alhaja. Each of the children chose the religion they wanted.” We then went into the whole discussion of the religious harmony in Yorubaland. You are more likely to find a Yoruba person who has both Muslim and Christian relatives than one who doesn’t have. That is the Yorubaland I grew up to know, love and cherish. Danger is now knocking on the door.

While south-westerners usually flaunt religious diversity as a credential, some interlopers have now hijacked this culture to mean Yoruba Muslim politicians must say they have Christian spouses to be accepted by Christians. I am not sure Muslim politicians such as Abiola, Jakande, Lam Adesina, Ladoja, and Rauf Aregbesola, among others, denied the religion of their spouses before enjoying support at the polls. The most complicated electoral permutation facing Yoruba Muslim presidential hopefuls today is not if south-west Christians would reject them but if northern Muslims would support them in the event that they picked a northern Christian as running mate.

I would like to appeal to Yoruba leaders at all levels and in all spheres of life not to take this cherished religious harmony for granted. They must keep nurturing it. It is something to be consciously and continuously worked at so as not to give room to hirelings and fundamentalists to sow strife in Yorubaland. If there are religious issues to be addressed, they should be addressed sincerely. Weaponising religion for politics may sound sweet on social media but it never ends well. Anyone tempted to play the game should just take a long look at Kaduna. Can the acrimony ever end? Weaponising religion is not a good journey to embark upon. It is a journey of no return.

Curiouser and curiouser. Police have made arrests in connection with the raid on Justice Mary Peter-Odili’s residence in Abuja but nothing makes sense to me yet. The picture we have now is that there was a ring, a syndicate, behind it — some of them allegedly connected to the powers that be. There is a booming petition industry. The removal of Justice Walter Onnoghen as CJN was kickstarted by a petition originated by an NGO headed by someone who is very close to the powers that be. Nigeria has become such a jungle that people can secure a frivolous court order to launch an assault on a Supreme Court judge. What a country. Nigeria is going to the dogs one day at a time. Pathetic!

Professor Charles Chukwuma Soludo, former CBN governor, is a technocrat and an intellectual of repute. Which, in Nigerian-speak, means he should not be anywhere near the field of political contest. He should just sit down and wait to be appointed minister or whatever. He should never dive into the “murky waters” of politics. Well, he is having none of that. He has finally been elected governor of Anambra state at third attempt. I insist that our best brains should continue to “dive” into the political fray if they have the interest. If Soludo is able to manage the delicate balance between politics and policy, I expect him to be a success because he is man of ideas. Congrats!

Prof Mahmood Yakubu has passed through a lot of hard times as chairman of the Independent National Electoral Commission (INEC), but I have to commend him and his team for constantly seeking to improve the electoral process and leveraging largely on technology. The Anambra governorship election was particularly going to be challenging given the tense security situation and the gangrenous political climate. Although the separatist Indigenous People of Biafra (IPOB) called off its sit-at-home order at the last minute, the turnout was still nothing to write home about. INEC still has to improve on its logistics but, above all, I think the umpire had a credible outing. Kudos.

Low voter turn-out is a global problem, but we are recording too many lows in Nigeria. In Anambra state, there are 2.5m registered voters, but only 253,388 — roughly 10% — came out on the day of the governorship election. If you think it was because of IPOB, you need to pay attention to the general turnout across elections. Why the apathy? Why do people take the pain to register and then sit at home on election day? The simplest answer, from me sitting in my living room, is that most voters do not have faith in the system. But we really need to do a research on voter apathy. We need solutions and incentives going forward. What is democracy without the people? Shallow.