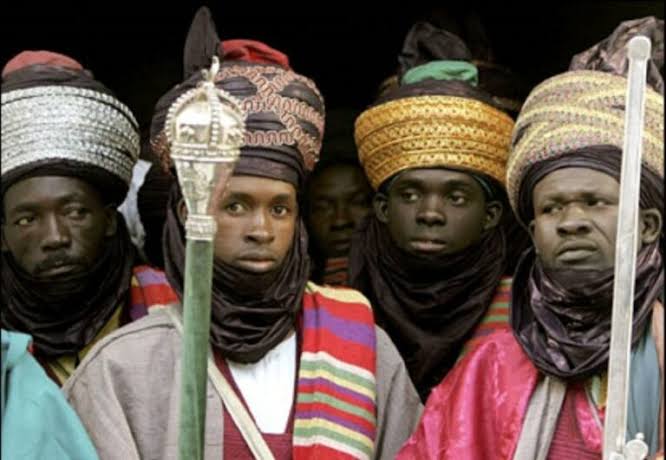 FEARS of “Fulani domination” have endured since Nigeria’s founding but, more than ever before, there is now an insanely unhealthy obsession with the Fulani in Nigeria’s South. The Fulani are not just routinely reviled with genocidal rhetorical venom, all manner of devious, supernormal political power is ascribed to them.

In the service of the reigning monomania about the Fulani, Northern Muslims, irrespective of their ethnicity, are now labeled “Fulani.” It’s worse if they are also beneficiaries of “juicy” political appointments in the Buhari regime.

When Muhammad Mamman Nami replaced Babatunde Fowler as the boss of the Federal Inland Revenue Service (FIRS), many people in the South said Nami was “Fulani.” But Nami is Nupe from Niger State, and Nupe people are linguistically, historically, and geographically closer to Yoruba people than they are to Fulani or Hausa people.

There is a list doing the rounds on social media of supposed “Fulani” people who are holding strategic positions in Buhari’s government, but most of the people on the list are merely northern Muslims who are neither ethnically nor culturally Fulani. Take immigration boss Hammed Ali, for example, who appears on the list. He is neither Fulani nor even Hausa. He is from the Jarawa ethnic group from Dass in Bauchi State.

Nigerian Television Authority’s boss, Yakubu Ibn Mohammed, is also on the list of “Fulani” appointees of strategic government agencies, but he is ethnically Jukun from Taraba State who grew up in Plateau State.

NNPC boss Mele Kyari has also been assigned a “Fulani” ethnicity even though he is a straight-up Kanuri man from Borno.

The only linguistically and culturally Fulani people on the list are FCT minister Mohammed Musa Bello and UBEC boss Hammed Bobboyi who are both from Adamawa State.

A reporter from the South recently interviewed me for a personality profile, and although one of the issues we discussed during the interview was the robust diversity of northern identities and how people mistake me for Fulani, Hausa, “Hausa-Fulani” or Nupe even though I am actually Baatonu from Kwara State, he still went ahead and described me as “Fulani” in his story. This shows how our preconceptions can sometimes distort our perceptions.

I corrected his unintentional mischaracterization of my ethnicity because he was kind enough to let me have a pre-publication readback of his story.

In other words, the South is relentlessly rhetorically Fulanizing the North, particularly the Muslim North, just to fertilize and sustain a simplistic narrative of superhuman Fulani domination. One of my Fulani friends from Adamawa by the name of Idirisu Alkali tells me he is often simultaneously amused and flattered by the prodigious capacities that southerners endue on his people.

The Fulani are now lionized in the South as the lifeblood of the North and the sole designers of all that is ill with Nigeria. But at the core of this sociologically impoverished monomaniacal fixation with the Fulani is a deep-seated but unacknowledged inferiority complex, which is fully realized in the tendency to describe as “Fulani slave” anyone who expresses opinions that depart from the forced and false consensus of the Fulaniphobes in the South.

Since only “masters” can have “slaves,” people who call others “Fulani slaves” have clearly accepted the Fulani as “masters,” indicating that they have also internalized their own inferiority before the Fulani.

But the truth is that the Fulani are just as human as anyone else. They are not a stagnant, undifferentiated, unthinking human monolith with no dissensions. They have the same fears, anxieties, and pains as anybody else. They have both good and bad people like other groups. There’s no conspirative conclave where Fulani people meet and plot to dominate everyone else. They battle disunity within their ranks like all ethnic groups. In fact, like the Igbo, they agonize over the progressive erosion of their language and culture in much of Northern Nigeria.

Muhammadu Buhari on whose account the Fulani are ceaselessly dehumanized and vituperated is, in fact, not culturally or linguistically Fulani. In other words, although he traces patrilineal descent from the Fulani, he doesn’t understand or speak Fulfulde (as the language of the Fulani is called) and has no experience with Fulani culture.

Buhari’s father, Adamu Bafallaje, who was an ardo (as Fulani community elders are called), died in his real hometown of Dumurkul in the Daura Emirate of Katsina State when Buhari wasn’t old enough to know him, so Buhari was brought up by his maternal relatives in Daura. His maternal relatives are ethnically Kanuri people who are nonetheless culturally and linguistically Hausa.

As Mamman Daura’s daughter, Fatima Daura, wrote on the occasion of her father’s 80th birthday, Mamman Daura is Kanuri from both his paternal and maternal sides. The family’s forebears migrated from Borno to a town in what is now Niger Republic and finally to Daura. Note that Mamman Daura’s father, Dauda Daura, shares the same mother (but different fathers) with Buhari. So Buhari’s mother, Hajia Zulaiha, was Kanuri.

Not having grown up with his father and knowing next to nothing about the Fulani, Buhari idealized not just his absent Fulani father but the Fulani people. This is a well-known psychological phenomenon that is encapsulated in the folk wisdom that says, “absence makes the heart grow fonder.” Barack Obama, for instance, idealized his absent Kenyan father—and his Luo people— with an intensity he would never have had if he’d grown up with him.

Buhari’s idealization of his absent Fulani father inspires an exaggerated identification with the Fulani in ways that alienate others and expose innocent Fulani people to unjustified animosity. That’s why I called him the “single greatest threat to the Fulani” in a July 6, 2019 column.

I also pointed out in a January 12, 2019 column that “People who are on the edge of an identity tend to be more exaggeratedly aggressive in their assertion of the identity than those who are—or see themselves as being—in the mainstream of the identity.

“For instance, when there was a butcherly communal turmoil that pitted Bororo Fulani cattle herders against Yoruba farmers in the Oke-Ogun area of northern Oyo State in October 2000, Buhari led a group of ‘Fulani’ northerners to Ibadan to meet with the late Governor Lam Adesina where he told Adesina, among other things, ‘your people are killing my people.’ A Fulani person from the northeast is unlikely to say that.”

Nothing in what I’ve said is intended to mitigate the injustice of Buhari’s preferentialist style of governance. I started calling out what I called the “undisguised Arewacentricity” in Buhari’s appointment since 2015 when most people were scared to criticize the regime (read, for instance, my September 5, 2015 column titled “Buhari is Losing the Symbolic War”), but to put the entire moral weight of his wrongheaded choices on the Fulani and proceed to demonize them without let is both reprehensible and unconscionable.

An honest, empathetic role play would probably help. Imagine being from an ethnic group that’s perpetually slandered, maligned, reviled, and vilified as a national pastime because you share ethnic identity with someone—or some people—whose boneheaded policies smolder you like they do your traducers. How would you feel?

Demonizing people based on invariable attributes that are incidental to their humanity, such as their ethnicity or race, is akin to condemning them even before they were born. Malcolm X once called that the worst crime that can ever be committed. Let the toxic, hateful ignorance stop already!