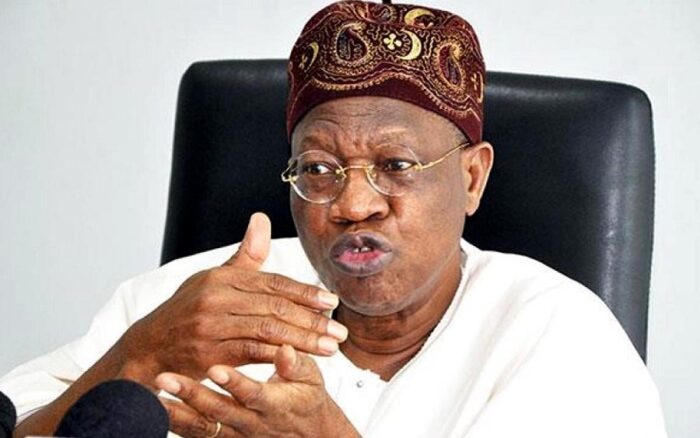 Information Minister Lai Mohammed seems obsessed with stricter regulation of freedom of expression. It is for the sake of Nigeria’s peace and stability, he has said on various occasions.  Yet, the case could be made that his obsession with muffling public discussion may well be a liability to that cause.

Beyond the minister, the Lai liability extends to all the Nigerian leaders who—to appropriate an Igbo proverb— chase after rats while their home is burning. Early in August, the information minister announced a hike in penalty for broadcast content infractions from N500, 000 to N5m. That is an unheard of 10 times or 900 per cent increase. As draconian measures go, that is in the north end.

Worse still, he made the decision without even consulting the National Broadcasting Commission, the agency that regulates broadcasting. “From the history, traditions and the convention of the NBC, no Minister of Information has ever interfered in any NBC Code review,” the chairman of the NBC Board, Ikra Bilbis, said at a press conference in Abuja about a week after Lai’s announcement.

“After the 2019 presentation of the 6th code, the minister has acted alone with just a handful of his loyalists who have written a new NB Code that has created uproar in the industry, threatening to destroy investments and lead to job losses.”

Referring to repentant Boko Haram soldiers, Mailafia said: “They told us that one of the northern governors is the commander of Boko Haram in Nigeria. Boko Haram and the bandits are one and the same. They have a sophisticated network. During this lockdown their planes were moving up and down as if there was no lockdown.”

To the NBC, this allegation threatens Nigeria’s wellbeing. And so 99.3FM became the first victim of Lai’s draconian N5m fine.

“The station provided its platform for the guest, Dr. Mailafia Obadiah, to promote unverifiable and inciting views that could encourage or incite to crime and lead to public disorder,” NBC said in a statement announcing the fine.

“Dr. Mailafia Obadiah’s comments on the ‘Southern Kaduna Crisis’ were devoid of facts and by broadcasting same to the public, Nigeria Info 99.3FM, is in violation of … sections of the Nigeria Broadcasting Code.”

The overarching section reads: “The broadcaster shall not transmit divisive materials that may threaten or compromise the indivisibility and indissolubility of Nigeria as a sovereign state.”

If interpreted broadly, as NBC just did, merely broadcasting the view that the President, Maj. Gen. Muhammadu Buhari (retd) is nepotistic would invite the N5m penalty. After all, a president’s undermining of the federal character is no less dangerous to Nigeria’s indivisibility than a governor’s alleged treachery.

Moreover, the credibility of the source is a consideration in determining whether a station has been reckless. Mailafia is a citizen of high stature. He was the deputy governor of the Central Bank and a presidential candidate last year.

And now, the burning house, the grave matter Mailafia spoke about.

In any case, as eye-popping as they are, these allegations do not go much beyond what many Nigerians already believe or know about treacherous undertakings against the indivisibility of the country.

Early in the war against Boko Haram, some top military officers were arrested for complicity. To my recollection, they didn’t face the full penalties they deserved because those with leverage shielded them. In his memoir My Transition Hours, former President Goodluck Jonathan left hints all over the pages that some notable public officials in the North are aiding Boko Haram.

Former President Olusegun Obasanjo—the man who has played the greatest role in keeping Nigeria together—has himself chided the present administration for pushing the “country towards disaster and instability and unsustainability.” Much can be read into that.

Others have complained openly that some Fulani leaders are bent on Fulanising/Islamising all of Nigeria. They cite the hordes of illegal Fulani migrants who troop into Nigeria while the government looks the other way. The trend was further facilitated when the administration adopted a no-visa policy for admitting people into Nigeria. Visa decisions are to be made at the borders, thus formalising their idiosyncrasy.

If Nigeria comes apart, it wouldn’t be because of an allegation against a governor. It would be because of such realities on the ground.

Talking of which, there is a video being circulated on social media that shows something so horrific that no broadcast station would show it. It is a scene of a gruesome murder that those who posted it say took place in southern Kaduna. There is no evidence of that, but given the recurrent killings there, the claim is more than plausible.

Please skip the next two paragraphs if you find gory narratives unsettling.

The video shows three or four men hacking a young woman with machetes as she sat on the ground at a clearing in the bush. They must have abducted and taken her there. As she tried to fight them off with her legs, they hacked them till she couldn’t use them anymore. Then they went for the jugular.

As her head slumped lifeless, one of the men dragged her toward a grassier area with blood soaking the ground all the way. And then for reasons that can only be gross sadism, he hacked one more time before returning to his collaborators.

Though something so gruesome will not be broadcast, Nigerians are watching it—and lots of such. It is such realities that will tear the fabric of the country, not allegations about a governor’s connection with Boko Haram.

What a democratic minded information minister would do with the Mailafia broadcast is to arrange for an appearance on that programme as soon as possible to share credible reassuring information with the audience.

Was the allegation investigated when it was first made in 2014, and if so what was the outcome? How about its current re-statement? What Nigerians need are assurances and evidence that these far-reaching allegations are actually untrue. And then credible effort to save the burning house.

It would be to the credit of NBC to rescind the fine against 99.3FM and even apologise to the station. It is a liability on Nigeria’s indivisibility to censor when the need is to assure.