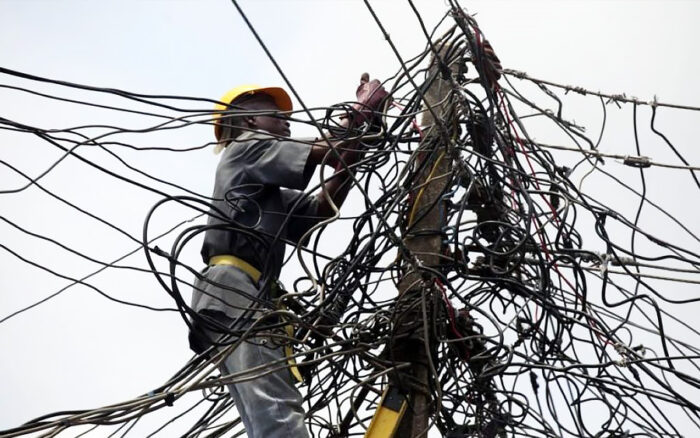 I don’t speak for Vice-President Yemi Osinbajo but on this occasion I wish to say with certainty  that he, like many of us, cannot be happy with the 100 per cent increase in electricity tariff  that is supposed to come into effect today, July 1, 2020.

Nigerians, he had opined sometime last month, were willing to pay for electricity if the services were constant and better. He said at a seminar via webinar that most people are used “ to poor service so they just see every tariff  increase as injustice because they are getting poor service but they are  being asked to pay more.”  But where improved service is guaranteed, he was certain, people have been prepared to pay.

Precisely that is why I think we are on the same page with Mr VP if government, through its electricity regulatory agency, allows this insensitive increase to stay.

Sale Mamman, the minister of power, had announced in June that consumers would pay more for electricity from today, stressing that the government had no choice but to do so to resolve once and for all the issues in the power sector. He said this increase would have come into effect in April but because of the Covid-19 pandemic rage, the idea was  postponed not shelved.

And so today, even though in the thick of the pandemic dislocation of life as we know it, Nigerian consumers have  woken up to a shocking 100 per cent tariff increase which will not guarantee constant supply of power as envisioned by the VP or solve all the problems in that sector as envisioned by the honorable minister.

Conventional wisdom dictates that such increase ought to be anchored on improved service to consumers. For the authorities, it will also be less problematic selling the idea to the people. But if what the Electricity Distribution Companies popularly called DisCos said this week is anything to go by, then we, the consumers and the small scale businesses, are in for a rude shock.

The DisCos are convinced beyond all reasonable doubt that this increase will not bring about any improvement. Therefore, if you are expecting a more efficient service because of the increase in tariff,  you might as well perish such thoughts because your hopes will turn out only to be forlorn hopes, like crying for the moon.

Those in the know sound gloomy. One of them is Sunday Oduntan, the executive director of the Association of Electricity Distributors. Speaking to the Nation newspaper last Monday, he said  though there will continue to be slight change but nobody should expect 24 hour service because, among others impediments, there is “ no increase in generation.” He then  posed this rhetorical question:  “Have you heard of an increase in transmission? These are the issues. There is need for realignment.”

The minister says the tariff increase is to resolve all the issues and it is the only option left for government. But the posers from the DisCos are relevant and indeed troubling. They point to the fact that the issues are far from being resolved. And some of them go beyond money though nobody doubts the fact that the energy sector needs money, tons of it to turn things around.

But throwing money at problems thoughtlessly, as it has become the habit, does not address the issue and may not solve all the problems most of them managerial and adequate capacity, commitment and, above all, integrity.

On top of all these issues and the existential threat from Covid-19, we certainly don’t require a ghost from the deepest abyss of darkness to tell us that the timing of this increase is awfully wrong. Coming in the middle of a ravaging pandemic that has wreaked economic and social havoc on hapless citizens whose means of livelihood continues to be battered with unremitting ferocity,  a tariff increase is like hammering the final nail on the coffins of the the poor and the unemployed.

And if you care to find out, the rich as represented by the Organized Private Sector in Nigeria, are also crying out loud.

Federal Government, to the level of its limited capacity, has been sensitive to the sufferings of the poor during this pandemic. When  it broke out, it quickly reduced the pump price of petrol and gave out some palliatives to some indigent people, the so-called poorest of the poor. And, following the examples of the more advanced economies,  it reportedly gave out some token  economic stimulants to the productive sectors of the economy.

Does it not therefore sound paradoxical and, to draw it mild, even insensitive to slam one hundred percent increase on consumers of electricity when there is no corresponding increase in efficiency and in the midst of the pandemic? It is like taking back with the left hand the little palliatives the right hand doled out to a minute fraction of the needy –  the quintessential wretched of the earth.

Is it because of the sensitiveness of the exercise that the regulatory agency has maintained a studied silence? The Nigerian Electricity Regulatory Commission, NERC, which ought to be part of the decision to hike the tariff is missing in action leaving the DisCos, wobbly at the best of time, to carry the can.

But we all know, as a fact, that  these DisCos are historically and congenitally ill-equipped to carry this can – a responsibility gratuitously conferred on them by a government that could not put its house in other.

Troubled by the historically incurable inefficiency of electricity in Nigeria from the days of  the Electricity Corporation of Nigeria, ECN  to  NEPA, the National Electric Power Authority and which again morphed finally to Power Holding Company of Nigeria, PHCN, government of President Olusegun Obasanjo in 2005 thought it had found its way around this albatross. It enacted the Electric Power Sector Reform Act of 2005. This led to the  unbundling of  this octopus into 18 different companies, namely six generating companies, 11 distribution companies spread across the 36 states of the federation and a national power transmission company.

The distribution companies named DisCos were acquired through the privatization agency, the Bureau of Public Enterprise, BPE by Nigerian businessmen some of whom were of doubtful  means and, worse still, doubtful experience.

Under their respective managements, the DisCos have only managed to sustain the power of light and darkness over the country, following faithfully in the footsteps of their predecessors.  All too often, therefore, the federal government has had to bail them out with finance and managerial intervention to prevent a total shut down.

Between January and July last year alone the national power grid recorded a total of eight system collapse which plunged the whole country into darkness. According to the report of investigation into one of the system collapse, the Transmission Company of Nigeria, responsible for managing the grid, had put the blame for the system collapse on the distribution companies. The DisCos, lacking the capacity to distribute the paltry 3.8 megawatts being generated at the time, suddenly stepped down their capacity with the resultant high voltage that caused fire on Benin 330kv transmission line reactor.

The unbundling of the octopus in 2005 now appears in retrospect to be a solution in search of problems. Now that the government has found itself in a bottomless quagmire  in the energy sector, whatever solutions it is exploring should not include taxing Nigerians beyond  their means and their capacity. And if President Muhammadu Buhari still has his eyes on the ambition to take 100 million Nigerians out of poverty into prosperity, nothing should be  done even now to impoverish them the more.