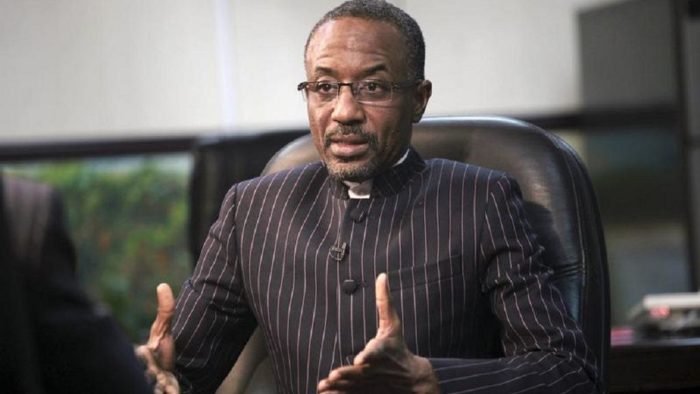 Our worst fears have come to pass. On Wednesday March 9, in the year 2020, the Kano State Government sacked the embattled Emir of Kano, Muhammadu Sanusi II. Meaning he has been dethroned. Meaning that day was his inauspicious date with destiny. All this, reminiscent of the bizarre 1963 drama when Northern Region Governor Kashim Ibrahim, working at the behest of the all- powerful Northern Premier Ahmadu Bello, sent his grandfather, Emir Muhammadu Sanusi packing.
Only two weeks ago I wondered in this column whether the North had the stomach to tolerate what can be described as the ex-Emir’s apparent heresy, his unorthodox approach to solving the humongous problems of the North and that of his emirate in particular. I said that the kind of things he was wont to say and preach and may-God damn-you- manner of saying it, had so often put him in the line of fire. 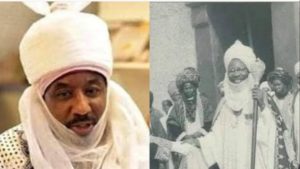 Like his grandfather, Muhammad Sanusi, he has also been dethroned

I recalled that he had a brush with the Kano State Government in 2017 when he was accused of a plethora of offences ranging from misinterpreting the Holy Qur’an, endlessly dabbling into politics, egregious rumour mongering, as in a state governor going to China, before the advent of Coronavirus, with a retinue of officials to  negotiate a loan agreement  for an apparently dubious rail project. The state house of assembly hauled him before a probe panel but common sense prevailed and he was saved by the whiskers from being escorted to the Golgotha.

At the 60th birthday bash of Governor Nasir El-Rufai of Kaduna State, Muhammadu Sanusi, as if courting trouble was a pastime, again spoke truth to power.  Again, he  warned the North to put its house in order or it would self-destruct, victim of conservative tradition that encouraged a fatalistic slavishness to ignorance and a stubborn refusal to embrace modernity. He had said begging was not sanctioned by Islam and had recommended the integration of the Almajiri system into the mainstream of the educational curriculum. Poverty is like coronavirus disease and the North, according to the World Bank, has the dubious distinction of holding up to the 87 percent of the country’s total poverty index. Sanusi believes that only a radical approach to the situation could save the North from destroying itself.

For the North to move on,  I had quoted him as saying in 2017, the people must embrace change;  free themselves from the conservative interpretation of Islam and push forward girl child education, promote science and technology, fight the current level of civilization which is held down by too many cultural inhibitions.

Apparently, this sweet reasonableness  was bad music to the ears of the establishment. The removal of this self-confessed apostle of Bala Usman’s brand of socialist radicalism,  may not solve any problem, except to deny him the royal rostrum  from which to thunder his views. And deny the people a clear voice of reason.

The column I wrote on Sanusi’s last public engagement as emir was published on February 26. It was titled: Will it move the North? I followed it up last week by ex-raying the bold move of Governor Abdullahi Ganduje who announced the ban on street begging and outlawed the Almajiri system of imparting Islamic and Qu’ranic knowledge to the children.

Before the sacking  of the outspoken Emir, I had decided to publish a few reactions to the  column:

Your question about Emir Sanusi II’s clarion call for the North to wake up to its dire situation is just the latest of such warnings to the political leadership of the region. Unfortunately, it will fall on deaf ears. Many of those at the birthday bash for Governor El Rufai were beneficiaries of the period when governance in the region had a purpose. Not anymore.

Politics is the be all and end all for the current holders of high public office. That attitude is responsible for the insecurity in the North, aside from the ideologically induced Boko Haram insurgency.

That apart, the distinction between the quota system and the federal character principle has to be recognized. Quota system relates to recruitment into the Armed Forces. At the time it was introduced during negotiations for Independence, the Army was the main focus. Recruitment into the Army was 50% from the North, 50% from the South. That was the projected population distribution across the regions at the time. There was no quota system for the Civil Service despite repeated claims to the contrary by Southern politicians.

Quota system in the Armed Forces cannot be stopped, especially given how the country’s many fault lines keep widening. No ethnic group will be willing to see a military in which they don’t seem to be adequately represented.

Federal character, an input from Southern politicians into the 1979 Constitution, was, to my understanding, meant principally to apply to political offices – ministers, members of the boards of institutions and government-owned enterprises.  It was operated largely that way during President Shehu Shagari’s administration. Gradually, and mostly for political reasons, Federal character was  injected into the Civil Service at every level – entry, directorate and even permanent secretary levels. Please note that at Independence and throughout the 60s and 70s when its representation in the Federal Civil Service was at an abysmal low even though it was ascendant, the North didn’t try to overturn extant recruitment and  promotion regulations to advance the career of “the Mallams” who ventured into  or were directed to join the  Federal Civil Service.

As at now, federal character has been bastardised, as good ideas usually end in our hands. Two things accounted for this: first, the politicisation of every top-level appointment made by the president as required by the constitution and second, the outcry such  appointments  draw. You hear the lament “this post has never been held by Igbo”, etc. Nowadays every state must have a permanent secretary, a director and so on …even if it means bypassing other superior officers.

The system of Indirect Rule was a pragmatic response by the British to the enormous problems of administering the vast territory that fell into their hands. In Northern Nigeria where settled societies were administered as kingdoms, it was more practical to use the traditional structures to rule the region than to try to introduce something new. After all, even in the South, colonial rule had to have recourse to traditional institutions or create them.

The point of departure was the response of societies, North and South, to the introduction of western education as the vehicle to teach Christianity to the natives. The North had had centuries-old acquaintance with one of the revealed religions. It even underwent a revolution (Jihad) to purify its practice. It would not unquestioningly embrace an education system whose main purpose was to achieve conversion.

Thank you, Yakubu Mohammed, for your Wednesday column in respect of Muhammadu Sanusi the 2nd on February 26,2020.

The Almajiri issue  will be better resolved if all the tiers of governments put heads together. Let all the Almajiris remain with their Mallams( teachers) and get registered into the nearest schools and the Mallams given feeding allowance and uniforms which will be a kind of mini boarding in every Qu’ranic school. The Almajiris are on the streets begging for food which this mini boarding can offer them.

Dear Yakubu, may God bless you for your article on Almajiri system. However, for the “hanging fire” to be extinguished, draconian action especially against the parents for disrespecting the law should be implemented. All parents should be directed to come and pick their children within a specified time. Traditional rulers should be empowered to monitor this bad trend right from the grassroot level.