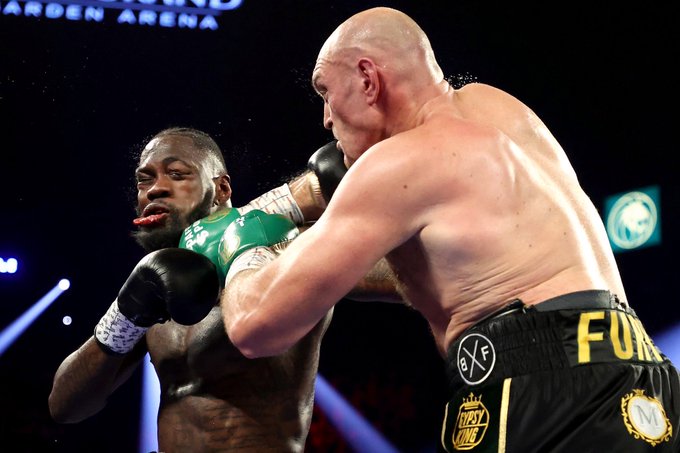 Tyson Fury has just defeated Deontay Wilder. Fury from England gave Wilder from United States of America the beating of his life. To make matters worse for Wilder, the beating was on American soil. The fight took place at MGM Grand Garden in Las Vegas. The fight had to be stopped in round seven when Wilder was bleeding profusely from his left ear after he was cut in round three.

A fight that lasted till the 12th round last year did not make it past the seventh round this time around.

Fury was just too strong for Wilder from the start of the fight till it was stopped.

On two occasions, Wilder was knocked down by Fury. It was looking like an even contest until Wilder had an injury on his ear. He lost balance as a result.

With this victory, fury has made history as he is now the first fighter in boxing history to end two reigns of 10+ title defenses: