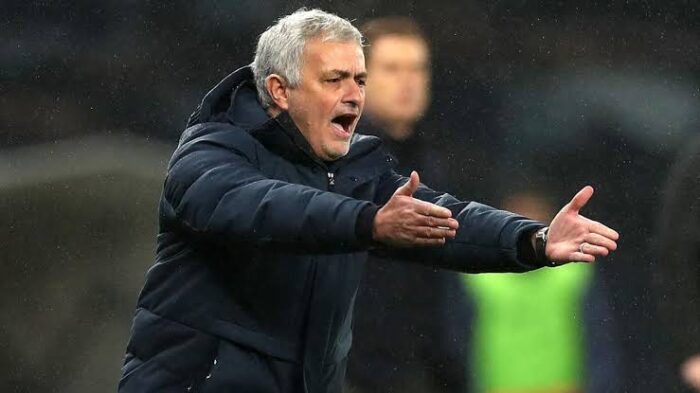 Jose Mourinho has acknowledged that his Tottenham side are more prone to errors than he would prefer, adding that his team bring “instability” upon themselves all too frequently after they surrendered three points late on against Newcastle.

Harry Kane’s first-half brace looked to have done the damage following Joelinton’s opener, but Spurs were unable to close their clash with the Magpies at St James’ Park down throughout, with Joe Willock ultimately finding an 85th-minute equaliser.

The hosts rescued a point only moments after Kane had rattled the post and Gareth Bale blew a set-piece opportunity late on, leaving the veteran Portuguese supremo frustrated with his side’s inability in attack and defence to hold onto their lead.

What has Mourinho said?
“I am frustrated,” he boss told BBC Radio 5Live at full-time. “We needed to win the match and we came to win. We were not far [but] at the same time, we created instability with so many individual defensive mistakes. We always gave Newcastle a chance to be in the game.

“We had the biggest chance of the game to make it 3-1 and kill it [when Kane hit the woodwork] and then we concede a goal the next minute.”

Pressed on why Tottenham – historically stern defenders of any lead taken in a game – have faltered in such situations, Mourinho simply added: “Same coach, different players.

“We work well, we work hard. But there are mistakes which I probably shouldn’t even call mistakes because they are related to qualities that players have. You can analyse it easily.”

Speaking to BBC Sport, Mourinho added further criticism of his side’s performance, stating: “The Premier League is hard and is high-level football, and when you don’t show that you belong to that high level, it’s difficult.

“We could have scored a couple more, but in defensive situations, we create instability with our mistakes – and instability brings hope to our opponent, and our opponent didn’t give up.”

Following Chelsea’s surprise defeat against West Brom, Tottenham had the chance to pull ahead of the Blues and into the Champions League qualification places with victory against another relegation-threatened side.

It is a missed opportunity that will sting however, particularly given that Spurs’ previous Europa League exit means they are reliant on either their league performance or a Carabao Cup Final win over Manchester City later this month to secure a continental spot.

They are caught in the middle of a congested battle for fourth too, with Chelsea, West Ham, Liverpool and Everton all still firmly in the mix.

The bigger picture
Spurs will now look to immediately bounce back, with three more Premier League games to come before their date under the Wembley arch with Pep Guardiola’s side.

Before then, they will seek a return to winning ways against Mourinho’s old side Manchester United, with Ole Gunnar Solskjaer’s Red Devils looking to secure second-place and head up the best of the rest this season in the top flight.