Home Columnist Will it move the North? – By Yakubu Mohammed 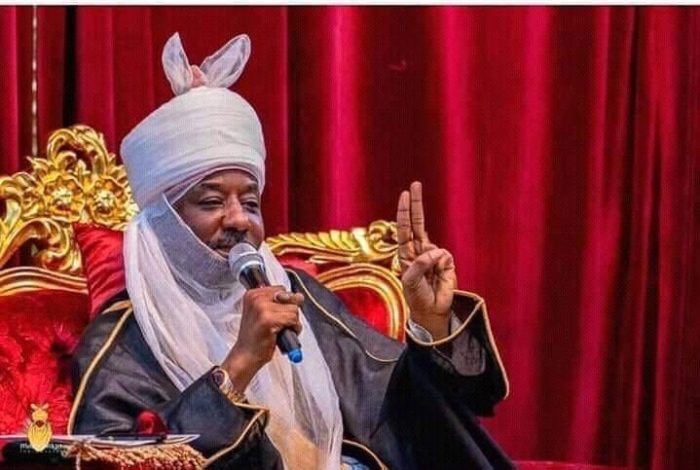 Will it move the North?

Emir of Kano, His Royal Majesty Muhammadu Sanusi 11, cannot be said to be the first Northerner to ex-ray the problems of the North. But speaking from his peacock throne of royalty, whatever he says carries more weight.  And what he has had to say since he assumed the throne of his fore-fathers and great uncles in 2014, has not been good music to the ears of power and authority.

Instead of being the quintessential conservative slave master, Emir Sanusi has chosen to be the servant of his people, leading them from the front and showing them the light of modernity. In the process, he has run foul of power and authority from time to time. Still in fresh in mind was the brush he had with Kano State government a few years ago. He was accused of a myriad of infractions chief of them being his propensity to dabble into political matters, euphemism for playing politics from his exalted throne. The powers that be, expect conformity and decorum from him. From high up there on his throne, so it would seem, he was required, as a matter of duty, to see no evil, hear no evil and speak no evil.

Kaduna State Governor Nasir El-Rufai had invited the Emir to one of the state’s investment and economic summits and he was a notable speaker at the forum. He criticized some states in the North for allegedly misplacing their priorities.  This riled Kano State government and the state assembly whose speaker was on hand to help serve the emir his well deserved(?) comeuppance.  In addition to the allegation of peddling rumor, the Kano establishment sought to dress the emir in the garb of one who had a fatal attraction towards blasphemy. He was accused of interpreting the Qur’an upside down because he insisted that those who had no means of bringing up their children properly misread the Holy Book and married more wives than their means could sustain.  They helped to bloat up the Almajiri children who form the bulk of the more than 13 million out of school children. When he pointed out the lack of basic healthcare facilities in the North with the consequential recurrence of the deadly cerebrospinal meningitis, then Governor Yari of Zamfara State shut him down and proclaimed, magisterially even wearing  the garb of the priest of pristine purity, that it was the result of the sin of adultery and fornication in the North that was responsible.

The reason for this lengthy excursion to the past is simple. One, the emir is consistent. His theme is unchanging because the situation he had declaimed with passion overtime has remained unchanged, and, apparently, unchangeable. Neglect of the poor, fueling more poverty which has contributed to the North having the dubious distinction of holding 87 percent of Nigeria’s poverty with at least 50 percent residing in the North West.

Last week, the Emir was back in Kaduna, the highly combustible freedom square of Northern politics. Until Abuja took over from Kaduna and diminished its significance considerably, Kaduna Airport was famous for attracting political bombshells, exploding myths and uncovering all sorts of conspiracy theories by political actors of all hues. The airport, except when it was called to duty not too long ago when Abuja runway was shut to flights, has remained largely unutilized. But Kaduna, the seat of regional power, has continued to provide the platform for serious political discourse.  It plays host to Arewa House. It provides base for Northern Elders Forum. And if and when kidnappers allow them free passage, it provides safe haven for political oligarchs of Northern extraction who have their homes in Kaduna the opportunity of weekend retreat there not only to stabilize their senses, but also to plot and hatch political moves. Did you say intrigues?

And with courtesy of Governor el Rufai, it also provides the rostrum for the likes of Emir Sanusi to do what he is now famous for – speaking truth to power, even if in the process he goes in harm’s way.

When Governor El-Rufai turned 60 last week, he gave a bash. And he gave the opportunity for Sanusi to bash the Northern establishment. He said no Northern leader should feel happy today not with the unflattering statistics of utter failure of leadership.

He declared: “if the North does not change, the North will destroy itself. The country is moving on. The quota system that everybody talks about must have a sunset clause.

“As we celebrate Nasir at 60, we need to celebrate him as a public officer who is addressing the core problems of his constituency. It is education; it is child begging, parental irresponsibility, demographic growth and ….etc. You need not to come from the North or being a Muslim to get a job.  You come with your credentials, your competence.”

In summary, he urged the North to stop relying on quota system or Federal character to get jobs for its children at the expense of children from other parts of the country.

Indeed, the Emir has touched a sore point and for long this sermon from the royal throne will reverberate round the country. He raised valid points but the question is will the inscrutable North move? Will the leaders listen? Will this home truth sink in and jolt them into action, productive action as opposed to vilifying the Emir and finding excuses not to do that which will save not only the North but the whole country. Will this sermon move the North into reflection and action.

But we can profit from some historical perspectives to the Northern conundrum. The North, if truth must be told, has lumbered clumsily behind the rest of the country with the evident satisfaction of a spoilt but pampered member of the family. When the colonial overlords came, they found the traditional system of administration in the North suitable for their purpose and decided to leave it severely alone.  They adopted indirect rule.

But it was not so with the South which they governed directly with their own template of management that tolerated the intrusion of western influence namely Western education and Christian missionary activities accompanied by trade and commerce.

But the North, through the indirect rule system of administration and British protection, was largely insulated from all these unsettling influences. Ruth First in her book, the Barrel of a Gun, a treatise on political power in Africa and the coup d’ etat, made the following observation which remains apt.

She says: “in the development of cash economy and the production of crops for export, the North limped far behind the rest of the country. Social change and Western education came last and least to the North.”

She observes further that the North was the last region to train its own civil service and until 1950, it had no vocal group. Rulers were born to wealth, and they ruled to subservience.”

Recall that at independence, Nigeria had only five universities with an enrollment figure of 6000 students. Of the five, only Ahmadu University Zaria was in the North. The rest, University of Ibadan, University of Ife, University of Nigeria Nsukka and University of Lagos were all in the south with strict and strident admission requirements that necessitated some tweaking by government to make room for areas of the country that were deemed disadvantaged. That was the genesis of quota system that was derided and pooh-poohed as being the culprit for lowering standard.

But the conditions that gave rise to quota and even federal character have ceased to exist. The North must now gird its loins if it must continue to survive in the rapidly changing world.