Home Columnist There is nothing like ‘money rituals’ – By Abimbola Adelakun 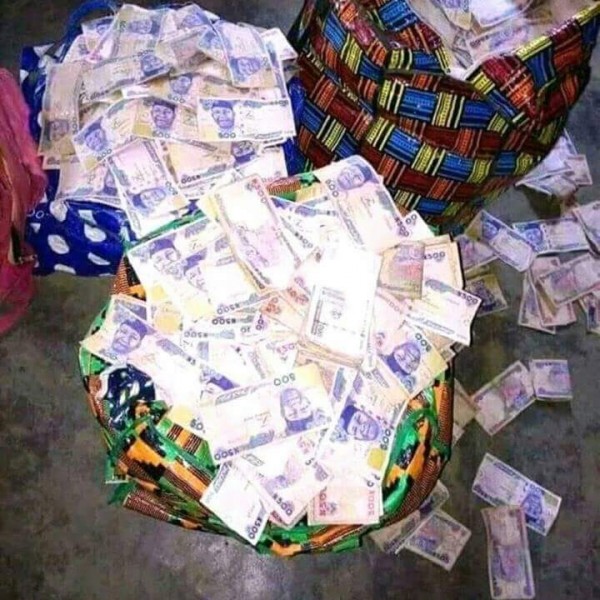 The gruesome murder of the Lagos State University student, Miss Favour Daley-Oladele, by a self-deluded young man in pursuit of an illusion of “money rituals” is saddening. According to reports, Favour’s boyfriend, Owolabi Adeeko, had allegedly connived with a pastor, Segun Philips, who promised to make a potion that would magically draw money for Adeeko and his mother. Now that they have been busted, the pastor claimed the ritual failed because “the spirit did not bring any money.”

I am uncertain if he genuinely believed that money would magically surface or he was merely making things up for the press, but here is the truth: There is nothing like money ritual. There has never been, and there never will be.

There is nobody that claims that “money ritual” is real that can also substantiate it. The evidence people tender about its efficacy is typically reportorial, or some fantasy they picked up from home movies. Meanwhile, Nollywood filmmakers too have never seen money rituals work either. What they rehash are urban myths and similar tales. Nobody, I repeat, nobody can make money come out of thin air or conjure it from another location. The so-called prophet also promised Adeeko’s mother she would be getting contracts. That too is impossible. Nobody gets contracts because they draw on supernatural forces. They either get it because they keep company with those that give out the contracts, or because they provide unique services.

It is imperative we vigorously debunk such superstitions for the sake of the poor people who fall prey to these grifters. Is it not curious that with all the claims of efficacy of money rituals in Africa, nobody can identify a single billionaire who made their money from such magic? If spirits can bring cash or a decapitated head stewed in magic potions can truly make anyone rich, why are Africans still the poorest people in the world? Should the beneficiaries of such magic not be standing shoulder to shoulder with the billionaires of this world like Bill Gates and Mark Zuckerberg? If it were possible to conjure money, no pastor or shaman would render such a service to anyone and for a paltry sum of N210,000 as Phillips collected. They would keep it for their own benefit!

I am pretty sure that some readers already disagree with me on this issue. Their belief in the viability of money rituals is, honestly, understandable. We were socialised in a culture that constantly bombarded us with such narratives. From popular culture to religious houses, they told us stories of spirits who ran errands that enriched certain people. But when you think about it in a broader context, you find that these accounts of mystical wealth thrive largely in African societies. From East to West, Central, and South Africa, there are historical and sociological strands that connect cultures where people believe money can be magically produced. One is a history of poverty, exploitation, and consequent disillusionment. While benighted folk are sagged down by the shame of excruciating poverty, they also see the excessive amount of wealth held by some other people on the other side of the class divide. These fortunate folk, unlike them, thrive despite not being engaged in the labour that is traditionally connected to wealth generation.

When people do not see a rational link between what some wealthy people do for a living and the bullion vans that drive money into their compound, they begin to accept that there must be some truth to the belief that spirits dispense favours. This belief is further strengthened when religious leaders who cavort with corrupt politicians to get their own share of resources also promote the belief in miraculous money to sacralise their ill-gotten wealth. Then popular culture too churns out stories of money rituals that feed (off) these belief cycles, not because they know things for a fact but because the stories are easy for cultural producers to regurgitate without doing the hard work of plumbing the depths of the mind to find compelling narratives.

Then, there is the media that uncritically reports stories of “money rituals” to a credulous audience. I raised the issue of the role played by the media in promoting these falsities years ago when I wrote on the discovery of the ritualists’ den in Soka, Ibadan. While reporters regaled us with tales of the horrors that uncovered in that location, there was no in-depth investigation into what actually went down in that place. Various reports of Soka “house of horror” took it for granted that actual money ritual activities happened, and that the victims were being used to generate currencies. The reality could just be organ harvesting by traffickers, but we do not know. And some other stories we hear —such as women’s underwear being used for money rituals— are just urban myths that got taken too seriously by perverts and the gullible who started raiding everywhere for panties.

It is hard for an average European to believe in money rituals in the same way as Africans. That is not because they are above superstitions —no society in the world is immune to them— but because they run a society where, over time, they have established a logical connection between the factors of production, money, and politics. Their social mechanisms are systematised, and because productivity and money typically go together in their daily experience, the belief in money conjuration will hardly find a landing place in their imagination. In African societies where we are far more of consumers than producers, we attach mysticism to money because wealth generation in our culture is mostly based on an extractive economy —we disembowel the earth for resources we can sell— and the corruption that naturally follows such exchange. The fantasy that some spirits can somehow bring money is spun by those trying to find their way out of the disorganisation that characterises life and the shrinkage of opportunities for upward mobility.

Those who claim they can generate money for people through rituals, and who demand human lives for that purpose, do so for various reasons. One, they want to build a powerful reputation in the minds of people. If they succeed, it pays off in other ways. By asking for their clients to procure human body parts, they seduce them into believing they have access to supernatural forces, and that power is so potent that it requires human life to access. Rituals that supposedly produce money or political power do not work based on any such telepathic connections. Instead, its spectacular effect manipulates people’s beliefs and obliges them to take certain courses of action. Two, some of those who ask for a human to be sacrificed are, in reality, psychopaths who want to carry out their sick fantasies on unsuspecting victims. They not only exploit the gullibility and desperation of their clients, but they also use them to bring friends and relatives to them. Three, they are abusing foundational beliefs. The superstitions about money rituals and the sacrificial victims required have traceable links to our African past. However, because they have never clearly understood why our ancestors found those beliefs expedient for their time, those histories become exploitable. In different parts of Africa, hunchbacks, albinos, and even bald men regularly fall victim to the enterprise of money rituals.

We should challenge these myths of money rituals and save our lives from the machinations of evil imaginations. From Nigeria to Tanzania to Malawi to Mozambique, poor people are being hunted down. These predators who want to do money rituals need to be educated out of their wits that have been addled by poverty and ignorance. Those who want to enjoy the nicer things of life but find themselves forever incommoded by crushing poverty need to learn that their poverty is political and therefore, cannot be magically resolved. We are the poorest continent in the world because of politics, and our redemption will not come through either magic or miracles but in reformative policies. We should raise our voices and shout this loud enough so that more people do not become unfortunate victims.