Home Columnist The mysteries of Lagos-Ibadan expressway – By Ebun Adegboruwa 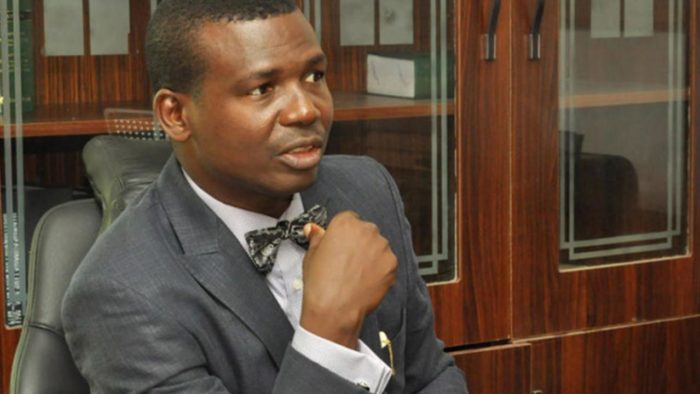 This expressway is the busiest inter-state route in Nigeria and handles more than 250,000 PCUs daily and constitutes one of the largest road networks in Africa. It is part of the Federal Roads Maintenance Agency (FERMA) projects, concerned with road improvement and connectivity between the States of Nigeria.”

It is, however, the most neglected of all highways and ostensibly the longest road repair project in human history. Over the years, successive governments have attempted to work on the road through palliative measures such as filling potholes, grading, occasional repairs and even resurfacing, all to no avail, as no sooner than these are done, the road gets worse, over time.

Sensing the anger of the Yoruba towards the 2015 general election, Dr Goodluck Jonathan purported to kick off the reconstruction of the road in an elaborate ceremony in 2012, raising hopes of a final solution, unknown to many that it was merely a political gimmick to corner votes from the South West. Under that regime, the road project never progressed at all, with stories upon stories of lack of funds, to insincerity of contractors, alleged sabotage by the South West governors and all manner of ridiculous fables and tales, that should not be associated with any serious government engaged in modern development of infrastructure. And true to the predictions, the Jonathan administration never delivered on the road project. At a time, the road was totally abandoned and all hopes got dashed. But I was glad that the regime paid dearly for that grand deception, during the 2015 elections.

Then came the All Progressive Congress, a party now very well associated with fake promises. In its manifesto obtained from its official website as of November 2, 2018, the APC promised to:

“Embark on a National Infrastructural Development Programme as a PPP that will ensure the (a) construction of 3,000km of superhighway including service trunks and (b) building of up to 4,800km of modern railway lines – one third to be completed by 2019.”

APC!!! As if I heard you shouting whilst reading this. Yes, APC promised to build superhighways! And almost now at the end of its tenure, it is yet to be seen if the APC led government has built as much as 1,000km of any highway, how much less superhighway with service trunks! The party then started a merry-go-round campaign of total repair of the Lagos-Ibadan expressway, as its own crafty mode of keeping voters’ loyalty. So much noise was made without concrete action towards a true commitment for the real job. The road soon became a death trap for many, with long hours of travelling experience for motorists and road users alike. We heard horrendous stories of how a one-hour journey from Lagos to Ibadan turned into several hours of nightmare; we read experiences of people who departed Nigeria for London and got there ahead of those travelling from Lagos to Ibadan. What about couples and their guests who got stranded, pregnant women that delivered whilst on the road.

In September 2018, about eight friends took off from Italy, enroute Benin, for a grand wedding ceremony. Their only error was to go through the Lagos-Ibadan expressway, as the bus in which they were travelling collided with another vehicle and they died one by one. Again about two weeks ago, a luxury bus conveying youth corps members from the East rammed into a stationary truck close to the Lagos end of the expressway and several of them and other passengers lost their lives. These are just few examples. Some years ago, Chief Rufus Giwa was on his way to Lagos and had called his wife to prepare pounded yam for him, but he never made it to Lagos, as his car ran into a deep pothole a little after Ibadan and after somersaulting severally, he died. So also the elder sister of Mr Femi Adesina, the present adviser to the president and others too numerous to recount.

What then exactly is the problem with the busiest highway in Nigeria? If you ask the Minister of Works, he will point to the National Assembly; if you ask the contractor, Julius Berger, it will point to the Federal Government. Then you couldn’t help but wonder: is this the same Julius Berger that built all the roads in Abuja, the same Julius Berger that built the Stadium in Akwa Ibom, the same company with roots in Germany, that is building a major road in Nigeria and it left concrete dividers on the road at night, without warning signs and without any lamp, to guide road users! It has refused to patch or even grade some failed portions of the road, to ease the agony of commuters and motorists, in long hours of bumper to bumper traffic? Is this JB?

And you then look at the portion from Sagamu to Ibadan, and begin to ask yourself: is this not the same Reynolds Construction Company that built the Ore-Benin expressway and is still handling the Ore-Sagamu portion thereof? What exactly has happened? This same RCC has fixed all major potholes and failed portions of the Ore-Sagamu expressway whilst working on the major reconstruction, at times day and night. And each time you travelled on that axis you truly see evidence of some work being done. So, why has the Lagos-Ibadan expressway become so intractable? What is so special about a 127km road, considering that the same government is claiming to be spending more money to build a rail network on the same axis, in just one year, and it has spent the whole of its four year tenure just to rebuild an existing road.

It should be a matter of integrity for the APC as the ruling party to ensure that the contractors handling this major road are well mobilised and supervised to deliver the project before the 2019 elections; it should be a matter of corporate responsibility and honour for Julius Berger and RCC, being major stakeholders in the highway project in Nigeria, to build an enduring road, in record time and in that wise stop the carnage and spilling of blood on this road and for all other stakeholders, FRSC, transport unions, etc, to cooperate with government and the contractors, to ease traffic whilst the road construction lasts.

Let it not be said that any government has deliberately set out to be wasting the precious lives of its own citizens, through sheer neglect and an uncaring attitude. In a country where citizens have been hoodwinked about a failed national carrier as solution to the aviation crisis, where the success of the much trumpeted rail network is already being threatened by cows and herdsmen and where even the cost of motorcycle has ballooned beyond the reach of the ordinary citizen, we cannot afford a one-hour road project that will outlast a four-year tenure. We just cannot, or else that singular assignment should itself summarise the fate and tell the story of the APC government, as we all approach 2019.