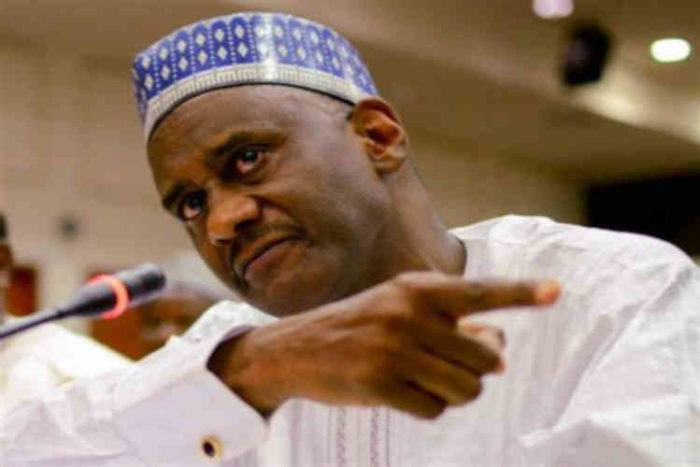 The Professor Usman Yusuf saga is obviously sapping the energy and the health of the National Health Insurance Scheme (NHIS) of which he is the Executive Secretary. It all started last year when a group called United Youth Alliance Against Corruption (UYAAC) sent a petition dated April 21, 2017 to the Minister of Health, Professor Isaac Adewole. In that petition garnished with supporting documents, the group accused Yusuf of fraud, abuse of office and nepotism. The supervising Minister thought, as is the practice in government, that the accused person should be suspended to create room for a fair investigation by the EFCC.

The recommendation for his suspension received the nod of Professor Yemi Osinbajo who was then acting as the President of the Federal Republic of Nigeria. President Muhammadu Buhari was at that time receiving medical attention in the United Kingdom. When Buhari returned he overruled the Minister and the Acting President and recalled Professor Yusuf from suspension apparently without the EFCC completing its investigation. The presidency said at the time through the tongue of Mr. Garba Shehu, one of Buhari’s spokesmen, that Yusuf was a victim of ethnic and political conspiracies which was an unmistaken indictment of the Minister of Health, Professor Adewole and the Acting President, Professor Osinbajo. Shehu said further: “whatever mistake this gentleman may have made, they have to be proved.

He has launched a major reform in that institution which had blocked access to public resources.” The plain meaning of Shehu’s statement is that the man was being victimized for an ethnic reason by Prof. Adewole and Prof. Osinbajo who are both from the Yoruba ethnic group or by those who had illegal access to public resources but who have now been blocked by Saint Yusuf. If these are the cases against those fighting Yusuf wouldn’t it be a good idea to let an investigation reveal those who were bringing the NHIS to this sorry pass? In the 12 years that the scheme has been in existence it has had six Executive Secretaries, that is one secretary every two years. And wait for it, in 12 years the scheme has only recorded four percent coverage. Ninety six percent of Nigerians remain uncovered even for basic healthcare.

The recall of Yusuf by Buhari to work did not quieten the petitioners or wipe away the allegations from the face of the earth. Instead, they developed a life of their own and received the attention of the Governing Council of the NHIS. The Governing Council listed nine items against Yusuf bordering on corruption, disregard for board decisions, budget 2018 padding to the tune of N264 million, inflation of cost of biometric capture machines, attempt to invest N30 billion of NHIS funds in violation of the Federal Government’s Treasury Single Account policy. Other allegations piled against him include alleged inflation of nominal roll from 1,360 to 2043 costing the agency N919.64 million within three months. All the financial allegations, added up, run into billions of naira. However, Professor Yusuf is not guilty of any of the allegations because he has not been tried. He is, at this point, innocent but his innocence or otherwise must be proven through a thorough investigation.

The Governing Council of NHIS which is chaired by Professor Enyatu Ifenne has suspended Professor Yusuf based on the various allegations of graft it has made against him. The Council wants those allegations investigated by appropriate government organs while he is away on what is called in governmentese “interdiction.” Her remarks made on October 18, 2018, are direct, grave and ominous. She said, “Let those who hide under the cover of the presidency to protect corruption know that Nigerians are keenly watching. I am concerned that if President Buhari is fully briefed about a tenth of Yusuf’s atrocities, he would throw him out. The truth, like health, has no colour, no tribe and no religion and no social class. The Council stands by its decision.” This homily is courageously instructive, full of sure-footedness and the desire to take whatever risk is necessary to prove the point that the Council is not asking for anything other than what this Federal Government says it stands for: anti-corruption, fairness, justice and due process.

However, Yusuf and his backers within the presidency did not take the challenge posed by the decision of the Governing Council of NHIS lying low. They quickly mobilized their troops, armed policemen and armed SSS operatives, were they hooded, to the NHIS office with Professor Yusuf as the meat in the security sandwich. They marched, not exactly triumphantly but teargas-ly into the premises where the workers had gathered with their voices of revolt and placards in place to stop the man on suspension from resuming duty.

That place has had an undiluted history of bad manners since its inception in 2006. When President Olusegun Obasanjo gave the institution a take-off grant of N50 billion, someone fixed the money in several accounts in several banks for many months with humongous interest flowing into the pocket of the fellow concerned. He left with a whiff of odium following him. In 2015, one Dr. Femi Thomas was the Executive Secretary of the Scheme. The Ekiti office of the SSS had invited him to come for an interview, a euphemism for questioning. He went there armed with two policemen. At the entrance of the SSS office there was a clash between the two policemen and the SSS operatives. One of the policemen, Sergeant Malik, was shot and killed on the spot. The other one, Corporal Mough Tergu was badly wounded. Before this incident Dr. Thomas had been invited several times by the EFCC on allegations of money laundering but he refused or neglected to show up. A sum of $2.2 million was seized at a bureau de change which allegedly belonged to him. I did not get to know how the case ended but in Nigeria such cases involving big money can fade away very easily if the fellow involved is a generous giver. This system loves a generous giver.

It is such a display of bad manners that has defined the place but no public servant has so far had to go to work with a battalion of policemen and SSS men in tow. The police authorities say they were simply instructed to escort him to work by higher powers. Now that the police have taken him there how will he work? His workers are up in arms against him. The Governing Council doesn’t want to touch him with a ten foot pole. The Minister overseeing NHIS is the one that first suspended him for alleged malfeasance. Will he be operating from the Aso Villa where his backers apparently are? Or will the police become his staff, sitting by his side, his front and his back and running official errands for him?

Those who are backing him are making a mess of the art of governance. They are destroying the NHIS and the President’s efforts at curbing corruption or giving the scourge a respectable fight. The procedure in government is that if an official is accused of malfeasance he is sent on suspension while an investigation is conducted. If the investigation exonerates him, he gets a clean bill of health and all his entitlements are restored to him. If he is not exonerated he gets appropriately sanctioned. Why is anyone blocking the mounting of an investigation into this matter? The Minister suspended him. The Acting President approved it but he was peremptorily recalled to work. Now the Governing Council has suspended him and the police on the instruction of someone that the police can’t say No to have taken him back to work. This is shameful, very shameful, in several ways. It shows that Professor Yusuf is more powerful than the Minister of Health and the Governing Council, or isn’t he? It also shows that law and order have broken down in the NHIS or doesn’t it? It shows that the anti-corruption agenda of the Federal Government has got K-leg, doesn’t it? No one says that Professor Yusuf is guilty of anything but the authorities must give room for fair hearing. It is even unfair that the Executive Secretary should allow these rumours and allegations to swirl around him without making himself available to the investigating authorities for the clearing of his good name. It is actually in his own interest to do so. If he doesn’t get exonerated no matter what his backers do to shield him he will be walking around with these dirty allegations hanging against his name.

As things are it appears that it is only the policemen and SSS men who will be working with Professor Yusuf. It is doubtful if those emergency workers can help him to deliver the mandate of the NHIS. If his backers care about the progress of the NHIS and of our health facilities generally they would advise the President to step in and resolve the matter. The atmosphere in that place has been thoroughly polluted and Professor Yusuf cannot work there without an investigation clearing him of the multiple allegations against him. He may resort to self help by using his friends who can order the police to do some silly things to support him but that is no solution to the problem.
President Buhari must step into the matter and not allow it to linger for much longer. Only a thorough investigation can reveal the truth or falsity of the allegations against Yusuf. It is his immediate intervention that can save his anti-corruption campaign from being damaged by the actions of Yusuf’s partisan backers. Yusuf has said repeatedly that it is only President Buhari who can discipline him. If that is the case, why does he report to a Governing Council at all? Now that the Council has suspended him let us see who will prevail, his backers or the Council.