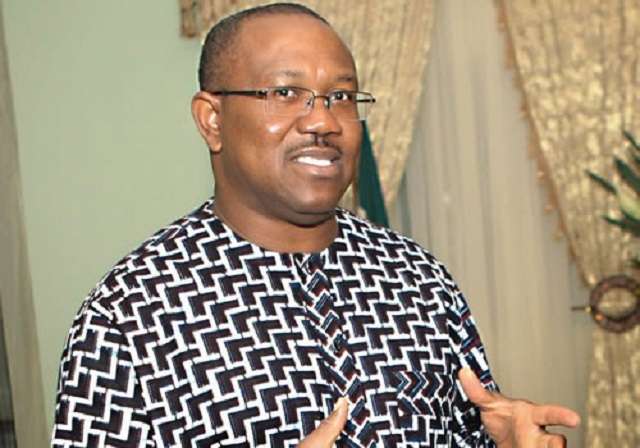 Many analysts think Mr Atiku Abubakar, presidential candidate of the PDP made a wise choice by picking Mr Peter Obi as his running mate. I think so too considering the poor shape of our economy today. We are thick in debt; unemployment is high and so is extreme poverty which is crawling on four legs. These facts make the choice of an established prudent manager of resources like Peter Obi something to cheer about.

Mr Obi has gone through the globally acknowledged five star business schools in the world such as Columbia Business School, London School of Economics and Havard Business School among others. But he is not simply a textbook economist and financial wizard. He lives it, he breathes it. He is a former chairman of Fidelity Bank, former chairman of Securities and Exchange Commission (SEC) and has sat on the boards of several blue chip companies. He was also a member of the Presidential Economic Management team under President Goodluck Jonathan. Mr Obi didn’t just occupy offices, he proved practically that he is a seasoned and prudent manager of resources when he was the Governor of Anambra State. During his period as Governor of Anambra State he refrained from conspicuous consumption both as a person and as the State Governor. He never borrowed money to run the State. He ran it with the resources available to him by the prudent management of the state’s affairs. On his departure at the end of his duty tour, he left behind for his successor Mr Willie Obiano about 78 billion naira. In many other states there were tales of woe because some of the governors left behind huge piles of debts for their successors.

As Governor of Anambra State he paid close attention to education knowing that it was the foremost development catalyst. In the West African Examinations Council examination his state moved from 24th position in the ranking of the 36 states to number one. Part of the reason for this was his wise decision of handing over mission schools to their owners and his huge financial injection into the revamping of those schools.

He is noted as the man who demystified governance in Anambra State, a state where each metre of the land is crawling with billionaires. His convoy was always the shortest among the Governors. The siren in his vehicles remained silent because that is the way he preferred it. He dressed simply but decently and led a generally very simple and modest life style. He was, even while in power, not, different from the guy next door. Most times he travelled by economy class and carried his luggage by himself. His explanation for this has always been that he wanted to live when in office the way he would live when out of office. He certainly could afford a more luxurious and flamboyant lifestyle but he thought it was better to plough such resources into wealth creation and other life transforming activities.

His admirers call him Okwute, meaning the Rock. He is built like a man but not like a heavyweight boxing champion. I have no idea how the nickname came about but it is evident that he could earn the title because he is a tenacious warrior. He has proved that not only in his business exertions but also in politics. Mr. Obi contested the Anambra State Governorship election in 2003 on the APGA platform but INEC declared his opponent Dr. Chris Ngige of the PDP the winner. Mr. Obi took to the courts and won at the Court of Appeal on March 15, 2006 and he was sworn in on March 17. On November 2, 2006 he was impeached at 5am by the State House of Assembly. He headed back to the court and challenged his impeachment and was reinstated on February 9, 2007 by the Court of Appeal. On May 29, 2007 he left office again following the victory of Dr. Andy Uba in the governorship election. Again, he went to court contending that the four-year tenure he won in the 2003 elections only started to run when he took office in March 2006. On June 14, 2007 the Supreme Court ruled in his favour and returned him to office. He contested for a second term and won on February 6, 2010 defeating Professor Charles Soludo of the PDP.

His term ended on March 17, 2014 and he handed over to Mr. Willie Obiano. From that historical sketch it is obvious that Mr. Obi is a marathoner, a relentless warrior and a tenacious fighter for a cause he believes in.

His fight for the Anambra State governorship is akin to the fight by Mr. Atiku Abubakar for the presidency of Nigeria. The nomination of Atiku by the PDP is his fifth attempt and noticeably the first by a major party. Both of them seem arranged by destiny for the fight to come. Confronting an incumbent in an election in Africa is a major engagement. The rules of engagement are often wacky and it often takes a superhuman effort to defeat an incumbent irrespective of accomplishment or lack of it.

Atiku and Obi are politicians as well as businessmen. Both have created businesses that have flourished and given employment to thousands of Nigerians. If they can offer Nigerians, during the campaigns, credible evidence, that they have the capacity to reverse the downturn in the economy, get the investors back, the machines humming in our factories and the unemployed gainfully engaged then they would have the voters in their corner. But the economy does not stand on its legs alone. The structure of the country leaves no room for creativity or initiative or for anyone to think outside of the box. All states troop to Abuja with their briefcases to collect money from the federation account.

This is the laziest way of running a country. Even with that most of the states still cannot pay their staff salaries or pensions and gratuities of their retirees. In the final analysis, most of the development initiatives are stunted; there are very little financial resources left for tackling development projects. As things stand many states merely perform the functions of cashiers. They just collect money and pay civil servants and the rest of the population are left uncatered for.

Restructuring is not a mere political slogan. It is an idea whose time has come. This is a country that has all the elements of greatness except the wisdom to do what is right, what can make the country truly great. The APC government seems uncomfortable with the word “restructuring” and has done all it can to demonise the idea. But in the days to come restructuring will be on the front burner of our political discourse. Again, if the Atiku – Obi tag team have any credible plan for restructuring the country into an entity that works like a well-oiled Swiss watch they will win the hearts of many voters. We cannot simply keep wobbling like this in the hope that the current problems will solve themselves.

The Buhari government has done well by putting the anti-corruption fight on the front burner eventhough there are hiccups that have impeded the wholesome pursuit of the noble idea. But Nigerians are asking for much more than a fight against corruption. They want a country that works, electricity, water, roads, education, health and one in which people’s rights and freedoms are respected and upheld; one in which our children are safe in their schools and their parents safe in their homes. Mr. Obi ought to make a robust contribution to the campaign of his party on these issues.

Mr. Obi has a soft, slim and sweet voice like a woman. His voice lacks weight, it is soft like silence, almost weightless, almost like a whisper but his achievements speak quite loudly and eloquently for him. There have been a few shrill noises from some politicians in the South East. They say that they were not consulted before Mr. Obi was chosen. In a democracy it is nice to consult people and secure their consent before major decisions are taken. But nothing will ever happen if a party seeks to get the 100% consent of all party members at all times. That is democracy’s dilemma. It wants to satisfy its members but finds it difficult to achieve it because in every situation there are always vested interests.

And it is easy to suspect that some of those who are opposed to Mr. Obi’s nomination may well be doing the calculations to see how his choice may affect their own fortune now or in the near or far future. There is nothing wrong with that except that they would like to clothe their interest in the garb of a fight for internal democracy. Actually the choice of a running mate is principally the decision of the presidential or governorship candidate in consultation with the top hierarchy of the party. It is necessary to carry the party along so that the campaign team may work in harmony towards its goal. Where that does not happen there are always discordant voices which may be injurious to the battle at hand.

I believe the Atiku – Obi team is formidable enough to challenge the incumbent team of Buhari – Osinbajo. This will make the campaign interesting and Nigerians will have the opportunity to decide which of the two teams will be a better option for Nigeria in 2019 and beyond.