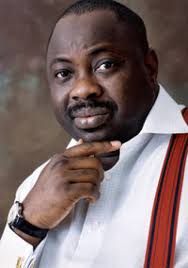 Fellow Nigerians, let’s not mince words today and go straight to the crux of the matter. What transpired in the State of Osun, as my dear Brother, the Governor, Ogbeni Rauf Aregbesola, loves to refer to our State, was not a Gubernatorial, but prelude to Presidential election. The interest and resources galvanised for that election demonstrated that it was a civil war and not a civilised election. The election was seen and executed as a referendum on the tenure of President Muhammadu Buhari and its wobbly government. While the ruling party appeared determined, or maybe ‘desperate’ is the appropriate word, to win, the main opposition party looked jazzed and disinterested. But for the merciful interventions of former Vice President, Alhaji Atiku Abubakar and the President of the Nigerian Senate, Dr Abubakar Bukola Saraki, the PDP candidate, Senator Nurudeen Ademola Adeleke, could as well have been a virtual orphan. It was that bad.

What manner of opposition would sit at home, arms akimbo, after seeing how the President, Vice President, Governors, Ministers and party Chieftains all invaded, and flooded, Osun as if their lives depended on it? I fail to understand how PDP can parade over a dozen Presidential aspirants yet only few of them are showing irrevocable commitment to serious party matters while the rest are only pursuing personal agenda. Adeleke was just lucky to be blessed with a family that had the means to fund his campaign and in particular a megastar, David Adeleke (aka Davido). who unleashed his monstrous talent on the campaign. 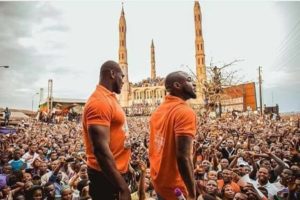 The ways of politicians are certainly not the ways of ordinary mortals. I could not believe how they turned Osun into a theatre of war because of a few thousand votes. I thought that, by now, Nigeria had passed this disgraceful and embarrassing stage. I have no doubt that APC merely used the elections in Ekiti and Osun as dress rehearsals of what to expect in next year’s general elections. A former President had told me months ago that we should not expect President Buhari to lose the election and quit quietly like President Goodluck Jonathan did in 2015, but I disagreed most vehemently. Thank God, we did not take a bet because with what happened in Osun, in particular, I don’t see the APC apparatchik agreeing to vacate power without a truculent fight. Many people, Nigerians and non-Nigerians have come to the incontrovertible conclusion that what we currently have is an army of occupation and we should accept our fate with equanimity.

But no country can afford not to have a virile opposition. This is why it is sad and tragic that those who were in opposition only yesterday are perpetrating the same unfortunate acts we collectively rejected and dismissed not too long ago. It is also a shame that political parties have become over-proliferated in our dear beloved country. This has made it difficult for us to have a unified resolve to challenge what may ultimately turn into a Gestapo and most oppressive civilian regime. The PDP that should fight back stoutly to give a good fight is already gasping for breath because of multiple ambitions of individuals who may choose to turn coat at the drop of a hat. From the multitude of PDP aspirants and even the cacophony of permutations about who can challenge Buhari to a duel, it is becoming clear, to discerning minds, that there are only two, possibly three serious challengers and no more. Of these three, two currently stand tall. One is old and the other is young. It seems patently obvious, from the recent shenanigans that we have seen, that President Buhari and his people would do everything humanly possible to avoid confronting either of these two candidates at the polls next year.

Moving on, let me say with every emphasis I can muster, no candidate from the core North can compete against, and defeat, Buhari simply on the basis that they come from the core North. It is practically impossible. The jejune argument that PDP should pick a candidate who can divide the core Northern votes is either a joke carried too far or a deliberate decision to hand power back to the incumbent on a platter of gold. What the PDP needs urgently is a candidate who can explode its votes in the entire South and the North Central. I do not hereby advocate for any candidate. I make my thesis only on the basis of empirical analysis. Buhari lost elections three consecutive times because he couldn’t saunter across those zones. If you doubt my assertion, let’s examine the figures, in practical terms. 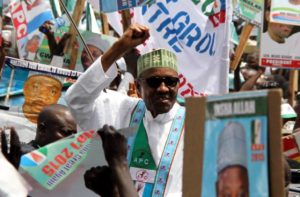 The import of these figures is that whosoever can checkmate Buhari from the Middlebelt downwards would always defeat Buhari. This does not necessarily mean such a candidate should come from these regions, but it would be ideal. A candidate with cross-over appeal from the North East and North West would also do well provided he does not believe that his place of origin means he should concentrate his effort in that region or adjunct region. PDP should forget the pipe dream of competing favourably against Buhari in the North East and North West. He has consistently won overwhelming in those two regions. However, if President Buhari can be restricted to those two zones while opposition locks down the other four zones of the country, then the prospects of the opposition PDP resoundingly beating the APC candidate becomes much brighter.

PDP or any intelligent party must apply Isaac Newton’s third Law of Motion: “actions and reactions are always equal and opposite.” Buhari would be 76, his opponent must be the opposite by being much younger. 70 percent of the electorate are under the age of 45. Opposition requires a candidate who can readily galvanise a multitude of first-time voters. Nigeria is long overdue for a candidate in the mould of Barack Obama, an energetic and cosmopolitan leader. Politics as a game of numbers must be approached meticulously. Buhari has stupendous State appurtenances and resources to deploy, his opponent must have access to similar armoury or have sufficient wherewithal to match the substantial resources of State and not be a scavenger in search of morale, audacity and finance.

I’m not sure about what the third force can produce. I have expressed this publicly and privately. There are those like my dear friend, former Governor Donald Duke, Frank Nweke Jnr. and others who feel a third force can fly next year. I sincerely doubt this. Indeed, I would like to dismiss this as mere wishful thinking. There may also be a fourth force, the Take Back Nigeria Movement being propelled by Omoyele Sowore who has worked extremely hard across Nigeria, but I believe he still has a lot of distance to cover. The reason is simple. He would have gone very far if he could muster the support of other younger candidates. Same with Fela Durotoye, Kingsley Moghalu and others. I truly wish there could be a consensus candidate, but alas!

Where do we go from here, realistically? I think the toughest opposition can still come from PDP if it can rescue itself from certain interests and manage to pick a kamikaze candidate who is not docile and who is ready to fight all the way with everything at his disposal. No meek or lily-livered gentleman can fight and conquer Buhari next year. The lesson to pick from Osun, while litigation processes are being cooked, is that the next Presidential election is not going to be the stuff of conventional warfare. A serious opposition must prepare for the use of ballistic and anti-ballistic missiles. This is the reality of what to expect.

Turkey, a Country to Visit in a Lifetime

If you follow me on social media, you would have noticed my love for Turkey in recent times. It is not my fault and, trust me, I’m not being hyperbolic. Turkey is one of the most beautiful countries I have discovered since I started flying out of Nigeria in 1985. I have flown, landed and taken off on all continents, but Turkey holds a special space in my heart. Turkey reminds me of the United Arab Emirates in its majestic grandeur, but it is much more natural and less glittering.

My first trip to Istanbul was about seven years ago, but I did not stay long, and I could not explore the country much. Somehow, the importance of Turkey, as a hybrid country, in the comity of nations, did not register well in me. I promised to return, but was not sure when. That promise came to fruition early this year when I joined the woman of God, Reverend Mother Esther Abimbola Ajayi and her family on an unforgettable voyage to Turkey at the invitation of her adopted son, Aydin Adem Yildirim, otherwise known as Adesoji Ajayi. Aydin is from the popular district of Cappadocia and I must confess that this district is simply breath-taking.

It was in Cappadocia that I slept in a cave for the first time. The cave hotel was just surreal. The ancient city had so many artefacts from antiquity dated before the birth of Jesus Christ. We saw and visited some extra-ordinary museums and underground cities. Cappadocia is famous for hot-air balloon flights which attracts hundreds of people to the rural township daily. There are several airports within a few hours away.

We travelled to the Syria Refugee camps and witnessed how wonderful Turkey treats victims of a most debilitating war and other refugees fleeing from home and loved ones. We travelled to Istanbul, the gateway to Turkey and it was another exceptional experience. It was in Istanbul I spent my birthday, May 16, and was treated to a surprise cruise by the Ajayis. From Istanbul we flew to Bodrum, a city on the Peninsula. Bodrum is a playground for the rich and famous. We had so much fun. I left Bodrum with a promise to explore Turkey further.

I was back in Istanbul, Ankara and Cappadocia last week and it proved to  be such a roller-coaster trip as I held meetings with several important personalities. Hosted by the Butik Travel Group and Aydin, my itinerary was well organised. The efficiency was top rate. 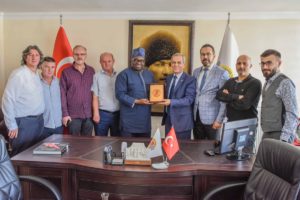 I was warmly received and treated like a king. I held meetings with prominent business leaders like M. Arif Parmaksiz, Member of Union of Chambers Turkey and President of Nevsehir Chamber of Commerce; I. Hakki Aydogan, General Secretary of NTSO, Cappadocia; I also met with leading political figures like Atilla Secen Mayor of Nevsehir, Mustafa Acikgoz Member of Parliament Nevsehir, Mustafa Rumeli and other top officials at Invest in Turkey, Fatma Ozsoy, Head of Advertising and Promotion, Ministry of Culture and Tourism.

Of course, my constituency, the journalists were not left out. Yilmaz Karaca, President of Federation of Turkish Journalists, Bayram Ekici, President of Association of Turkish Journalists in Nevsehir, Cappadocia, Chairman of the Association of Turkish journalists in Ankara and Metin Yildrim, Aydin’s uncle, and journalist based Nevsehir; and many others. My trip was covered in several Turkish newspapers and I felt like a celebrity of sorts in this foreign clime. There are plans for me to return soon to Turkey to further form and cement partnerships in the area of investment opportunities and tourism. I am convinced that our nation needs cordial relations with countries such as these in order to tap from their related experiences and expertise.

Words can hardly express my gratitude to my hosts and benefactors on both of my recent trips to Turkey. My sincere appreciation go in particular to the Ajayis, Aydin and his father, Ali Yildrim, who graciously and generously further opened my eyes to the magnificent country that Turkey is on this my latest trip.