Home Columnist From “Muslim-Muslim” to “is he really a Muslim?” 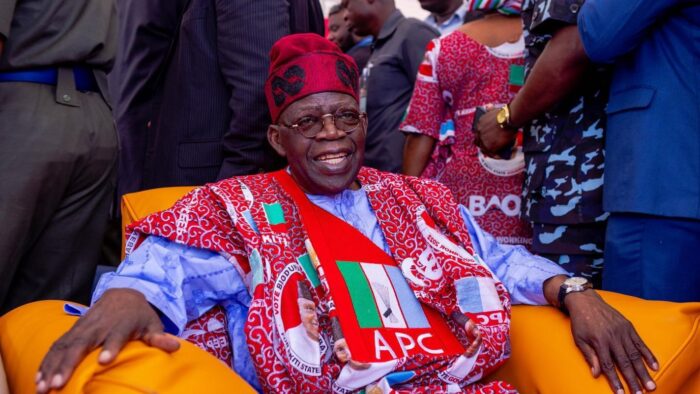 Not since 1993 when MKO Abiola chose Babagana Kingibe as his running mate has the religious complexion of a presidential ticket excited the passions of Nigerians as much as Bola Tinubu’s choice of KashimShettima as his running mate. It at once got some Christians enraged and some Muslims engaged.

For a long time, Muslim clerical investment in the Tinubu-Shettima ticket, at least in the Northwest, was proportional to the amount of Christian opposition to it. For instance, in late 2022, an audio recording of a northern Christian,which went viral on WhatsApp, said the victory or defeat of the Tinubu-Shettima ticket in 2023 would be a referendum on the numerical strength of Christians and Muslims in Nigeria.

Of course, that was a supremely shallow and simplistic, not to mention reductionist, religionization of voting behavior. Many people vote for reasons other than religion. Peter Obi, whom the audio touted as the “Christian” candidate will get many Muslim votes, and both Tinubu and Atiku will get many Christian votes.

But that audio—and several others like it—inspired a backlash of reciprocal religious particularism from previously politically aloof Salafist Muslim clerics in the Hausaphone North who now preach that the success of the Tinubu-Shettima ticket—or, as they call it, Musilim-Musilim ticket—is a religious imperative and that Muslims should support itto signal the supremacy of Islam in Nigeria. That’s also silly, superficial drivel that ignores the complexity of voting behavior and the multiplicity of impulses that propel people to vote.

Anyway, the conversation about the same-faith character of the Tinubu-Shettima ticket appears to be shifting to questions about whether, in fact, Tinubu is a Muslim. This discursive shift is instigated by Tinubu’s multiplestumbles with reciting Sūrat al-Fātiḥah, the first chapter of the Qur’an. In one instance, he said “bismillahirrahmanirrahim” before saying “auzubillahminashaitannirajeem” instead of the other way around.

In another instance,he said “auzubillahminashaitannirajeem, bismillahirrahmanirrahim”and couldn’t proceed to the next verse. In confusion, he attempted to translate the verse from Arabic into English but bungled it and even ended up saying “God, the father of all,” which is both an incorrect translation of “AlhamdulillahiRabbil ‘Alamin” (which actually translates as“Praise be to Allah, the Lord of the Universe”) and a doctrinal outrage.

Surat Al-Ikhlāṣ, the four-verse 112th chapter of the Quran considered by many Muslim traditions to be worth up to 33 percent of the Qur’an because of its theological centrality to Islam, specifically says Allah has not begotten (i.e., is not a father) nor was he begotten. It’s one of the major doctrinal differences between Christianity and Islam. That Tinubu called Allah “father” during an address to Muslims in Kaduna has caused many Muslims to question his Muslim faith.

The latest trending video shows him straining excessively hard—and failing— to recite“AlhamdulillahiRabbil ‘Alamin,” the second verse of Sūrat al-Fātiḥah, which he had erroneously translated as “God, the father of all” in a previous mishap. As they say, once is an accident, twice is a coincidence, but three times is a pattern.

As I pointed out in in my February 7, 2015, column titled, “Sambo: A Muslim Bigot Who Can’t Recite Qur’an’s First Chapter,” Muslims recite the Fatihah during prayers at least 17 times every single day, making it the most recited chapter in the Qur’an. That’s why it’s second nature to most Muslims. That’s also why people tend to question the faith of Muslims who can’t recite it.

But even Christians who had previously expressed righteous rage over what they said was Tinubu’s insensitivity in choosing a fellow Muslim as his running mate in our religiously plural country are having a pause. They are asking if Tinubu is indeed a Muslim—or if his choice of a Muslim running mate was, in retrospect, informed by the fact that he is actually not a Muslim.

Well, my own sense is that Tinubu is a cultural Muslim. His hometown of Iragbiji in Osun State is predominantly Muslim, particularly when he grew up there in the 1960s. Like most kids in the town, he attended ilekewu (which Hausa speakers call makarantarallo), that is, an informal school for Islamic learning. The way he says “auzubillahminashaitannirajeem, bismillahirrahmanirrahim” clearly shows that he was born into Islam and learned to say it from an impressionable age.

I suspect that after leaving Iragbiji for Lagos (and later the United States), he ceased to be an observant Muslim, but hasn’t given up his Muslim identity. His trip-ups with reciting the Qur’an first chapter, in my opinion, don’t indicate that he isn’t a Muslim; they only indicate that he hasn’t been praying for most of his post-Iragbiji life.

My father, who formally taught Arabic and Islamic Studies in primary school and informally at home, used to warn me that if I stopped reciting the Qur’an for a day, the Qur’an would desert me for four days. Without realizing it, he was introducing me to Jean Lamarck’s law of use and disuse. What we use the most develops and endures. What we don’t use fades and atrophies over time.

Daily Nigerian publisher Jaafar Jaafar advised Tinubu’s handlers to dissuade him from trying to perform his Muslim bona fides in northern Nigeria by reciting Qur’anic verses he obviously can’t remember. In the Hausaphone Muslim north, it is better to be thought a Muslim, even an “inauthentic” Muslim, than to speak and remove all doubt.

The dominant chatter in northern Nigerian Muslim discursive spheres now, at least from my informal observation, is that Tinubu isn’t a Muslim. Or that if he’s one he doesn’t pray which, to many, is the same difference. Some are even saying he is probably a closet Christian because he said God is “father” and because his wife and children are Christians.

But identity, including religious identity, is complex and isn’t easily reducible to one measure. If Tinubu had wanted to be a Christian, he would have professed it publicly. In Yoruba land (including in Osun State, by far the most Muslim state in Yoruba land) change or ambiguity of faith isn’t a political death sentence. After all, Ademola Jackson Nurudeen Adeleke, Osun’s governor, is both a Christian and a Muslim. I once called him a Chrislim.

Tinubu, as I pointed out in a previous article in 2022, is an effectively non-religious but nominal Muslim. He chose a northern Muslim running mate for precisely that reason. Until recently, Tinubu didn’t identify with Islam publicly, is married to a pastor, and all his children are Christians. He sees himself first as a Yoruba man before he is a nominal Muslim.

But Tinubu is not alone. Most political elites in both the North and the South profess religion only for public consumption and to live up to the tyranny of societal expectations. Nor is this exclusive to Nigeria. Both Barack Obama and Donald Trump, for example, are non-religious people, but they were compelled to subordinate their free thought and embrace open displays of religiosity to get elected.

Obama’s mother was an atheist and his maternal grandparents who raised him were non-religious. (Even his Harvard-educated Kenyan father, who didn’t raise him, was an atheist even though he was born a Muslim). He didn’t encounter religion until he started dating Michele Obama in the late 1980s.

Trump, too, isn’t a Christian, has ice-cold disdain for Christians, doesn’t go to church, and has not even the most basic familiarity with the doctrines of Christianity. But American evangelicals loved him because he told them what they wanted to hear.

Tinubu’s problem is that Islam’s performances and rituals have to be learned and internalized. They can’t be faked.