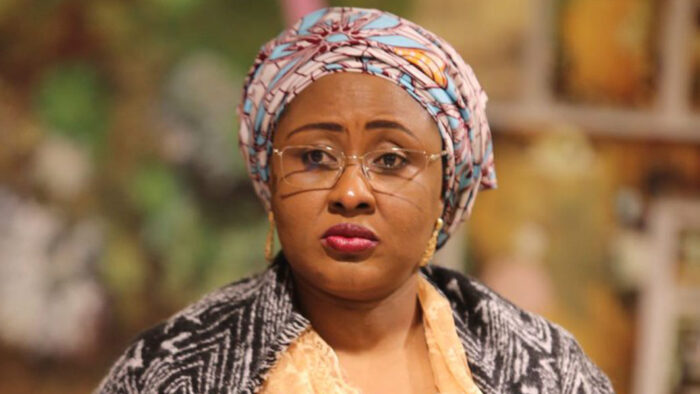 In November 2022, the police arrested a final-year student of the Federal University, Dutse, Jigawa State, Aminu Mohammed and one Zainab Kazeem, a former aide to the first lady, Aisha Buhari.

The duo was later released and charges dropped against them, following widespread outcry over their illegal arrest, detention and torture.

According to security sources, the three “suspects” were arrested on December 14, 2022 and detained in Abuja without access to their families and lawyers.

Ms Ahmed, who criticises Fulani domination of Hausa in audio messages shared on Whatsapp and other social media platforms, had lambasted Mrs Buhari for ordering the arrest of the final year student and participating in brutalizing him.

While daring Mrs Buhari to arrest her, the Hausa nationalist said in the audio posted on a Youtube channel @jarumhausatv that the first lady’s grandparents were itinerant foreigners wandering in the bush.

“Your husband deceived us, lying and crying. It is good that we elected him, and his election had exposed all the Fulanis in Nigeria.

“Your government is silent about killing of Hausa people by Fulani. The southerners have rained all manner of abuses against you, but you are silent. Now you are here intimidating Northerners,” she said in the audio.

According to Daily Nigerian, detectives from the Force Intelligence Bureau, FIB, at the force headquarters tracked the trio and arrested them over their alleged “contact” with the principal suspect.

A security source at the presidency told the newspaper that one of the suspects, Salisu Isyaku, is a bureau de change operator, who was arrested for exchanging Saudi riyals to naira to her.

“Initially, he was charged with terrorism financing but later changed to cyber stalking when police realised that the transaction between them was not up to N500, 000.

“The police are under intense pressure from Madam [first lady] to deal with the suspects. She wanted the suspects to be charged.

“Even the release of Dutse university student was not done with her consent, and she was angry with IG [Inspector-General of Police] over the withdrawal of charges against the boy,” the source told this newspaper.

Spokesman for the Nigeria police CSP Olumuyiwa Adejobi did not respond to inquiry by the medium on the matter.