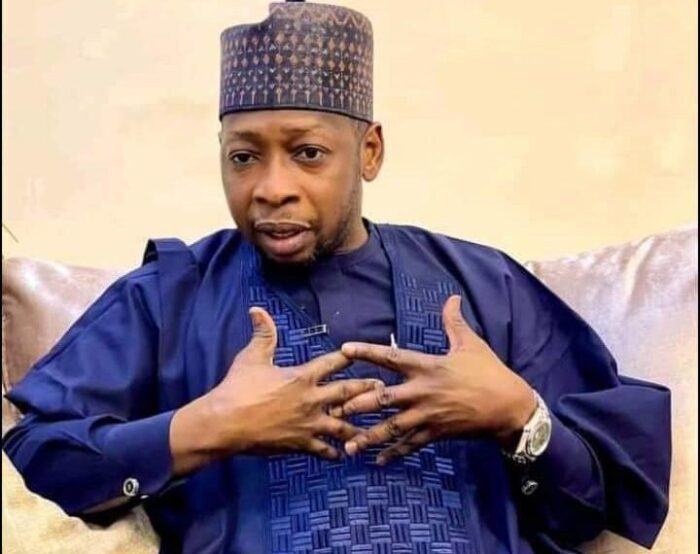 The Economic and Financial Crimes Commission (EFCC) has said it is making efforts to arrest Abdulsalam Zaura, the All Progressives Congress (APC) candidate for Kano central senatorial district, over alleged $1.3 million fraud.

Council to EFCC, Ahmad Rogha, said this on Monday while speaking with journalists at the federal high court in Kano.

The EFCC had in 2018, arraigned Zaura, better known as A.A. Zaura, on a five-count charge bordering on fraud before a federal high court in Kano.

The agency had accused Zaura of defrauding a Kuwaiti national by obtaining the sum of $1,320,000 under the pretext that he is in the business of building properties in Dubai, Kuwait, and other Arab countries.

In June 2020, Lewis Allagoa, the presiding judge, found the defendant not guilty and discharged him on all counts.

Dissatisfied with the judgment, the EFCC approached the court of appeal.

In April 2022, a court of appeal sitting in Kano ordered a fresh trial.

On Monday, the trial of Zaura was stalled because Mohammad Yunusa, the judge, was absent from court as he was said to be attending to other national issues outside Kano.

In the previous court sitting, the trial judge had ordered the EFCC to produce the accused person in court owing to the latter’s absence.

Speaking on the development, Rogha said the defendant was supposed to be in EFCC custody, adding that the agency will ensure he is in court at the next sitting.

“We are looking for Zaura and he will be arrested as soon as we find him,” he said.

“Ordinarily, he was supposed to be in our custody and the court has affirmed that. But I can assure you, he will be arrested and brought to court on the next adjourned date — 30th January, 2023.”

In a counter argument, Ibrahim Waru, counsel to the defendant, said EFCC does not possess any legal authority to arrest his client.

Waru also said it was not necessary for his client to be in court on Monday since the court did not sit.