Home Columnist We need change of tactics in the anti-graft war – By Dan... 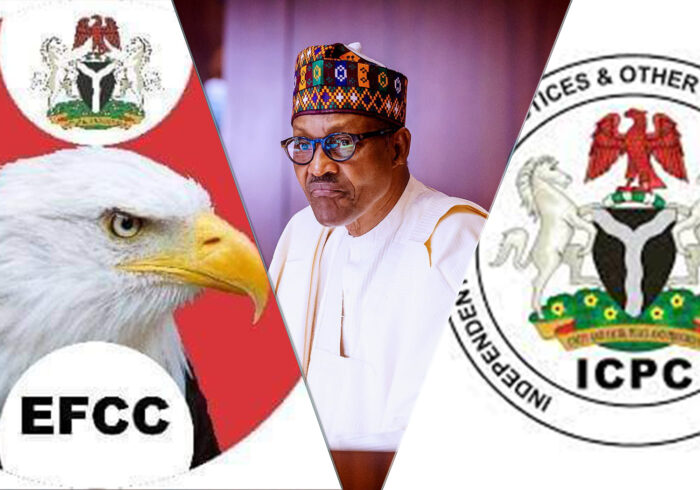 It would be uncharitable to suggest that successive Nigerian leaders have spoken from both sides of the mouth in tackling corruption in the land. Dem don try. It would be naïve, of course, for anyone to suggest that the longest running war in the land has either been won or there are prospects it will sooner than later. The fact is that corruption is at an all-time high. President Muhammadu Buhari is unable to kill it. It is killing Nigeria.

There is a need to change tactics in prosecuting the anti-graft war for purposes of obtaining better results. Corruption will not end but it should be possible not to make it a way of life in the country. We have used probe panels to unearth the corrupt in our public services; the landed and other properties of the guilty were confiscated to deny them the right to enjoy the fruits of their corruption. But the corruption grows stronger.

In Buhari’s first coming as a military dictator, he employed drastic measures the press christened draconian decrees, to tackle corruption. The decree prescribed stiff prison sentences, including life imprisonment, for those found guilty of corruption. He set up military tribunals to try former state governors and other public officers in the Second Republic. He stood our common law on its head when he presumed all of them guilty until each could prove his innocence before the military tribunals. Many of them received stiff prison sentences and were banned from holding public offices for either a number of years, or for life.

Is it impossible to win the war? It is difficult but not impossible. The commission now under its fourth chairman, cannot be said to have been sleeping on duty. It has not taken the country where it

The Commission cannot succeed as a lone ranger in the war. It requires the cooperation of the people, its honest foot soldiers, public and private institutions as well as the courts to make some success of its difficult assignment. In other words, we have reached a point in the war that the Commission must take another look at its tactics and the manner it has prosecuted the war so far.

At least one approach and a tolerant system are inimical to the conduct of the anti-graft war. The first, and I have argued this a zillion times, is that from its inception, the Commission placed greater premium on announcing high-profile cases with the arrest of former movers and shakers in the country than in making good on its winning the war against such people. The noise that attended the arrest of such people was intended to serve notice on other big men and the rest of the country that the new sheriff in town was out to get them.

The unintended fall out of this was that the Commission, to sustain public applause, rushed to prosecute the big men without proper and thorough investigation of their alleged corruption. The cases thus linger in the courts interminably. The success of the war does not depend alone on the determination of the EFCC to convict in all cases; it also depends on the scrupulous observance of the law by the Commission to ensure that the innocent does not suffer through its unholy deployment of sentiments to secure conviction at all costs.

The late Chief justice of Nigeria, Justice Lebo Kutigi, was so worried about this and its effect on the success of the anti-graft war that he once advised the EFCC to prosecute on the basis of evidence, not on the basis of investigation. The Commission has not heeded this advice; it still charges people to court and then proceeds to investigate them through the evidence of its witnesses in open court.

If the Commission does a thorough job of investigating all alleged cases of graft brought before it, I am prepared to argue that at least half of those it charged in court would be free men. Prosecution by the Commission for sentimental or wrong reasons tarnishes the image and the reputation of some upright men who have served this country without blemish at various levels. The law may not be a respecter of persons, but it must respect the right of an upright individual not to suffer the indignities of flippant prosecution.

Two, and perhaps more importantly, (but this is outside the purview of the Commission), we must interrogate a system that makes it so easy for people to help themselves so freely to the contents of our common national and sub-national purses. Why was it so easy for the former Accountant-General of the Federation, Ahmed Idris, to steal as much as N108 billion without the system sounding an alarm and without anyone seeming to notice for so long? A system that admits of so many camels sauntering through the eye of the needle points to the need for the system rather than the camels to be interrogated.

An anti-graft war cannot fully succeed unless there are inherent preventive measures in the system. If there are no such measures and we continue to rely on the Commission arresting and prosecuting some stray camels, there is no guarantee that the anti-graft war can, through no fault, justify itself. A few years ago, there was some noise about the whistle blowers as sources of information on the theft of public funds. No one seems to hear much about it anymore. It must have suffered the Nigerian injury in which whatever does not serve the system as it is, becomes history before we know.

The Commission is more or less a passive institution. It responds to what is brought before it. It cannot, for instance, stop a state governor from stealing; it can only wait for him and act after the man leaves office because he enjoys immunity, including the immunity to steal and misuse public funds to his benefit. By the time EFCC receives the petition to investigate him, he and his corrupt lawyers are ready for the Commission. This, as should be evident, undermines the capacity of the EFCC to properly prosecute the war.

The so-called immunity clause in the constitution is a disservice to the nation. We need to take another look at it and see if it is not a clear and unnecessary obstacle to the anti-graft war. In my view, it is. In the U.S., immunity is not captured in the constitution. It is treated as an administrative or traditional matter. No American president is immune to prosecution while in office for criminal offences.

In our own case, the immunity covers everything, even a crime committed before the thingamabob becomes a state governor. Indeed, a man facing prosecuting in a court of law is set free as soon as he takes his oath of office as a state governor. And his sins, in the colour of scarlet, are instantly forgiven forever.

To fight the anti-graft war by speaking from only one side of the mouth, the system that makes corruption possible and thrive cannot be left as it is without its continuing to do injury to the war and our expectations as citizens who desire that their country should not continue to be the poster child for global graft. It bears repeating: corruption is killing our country.