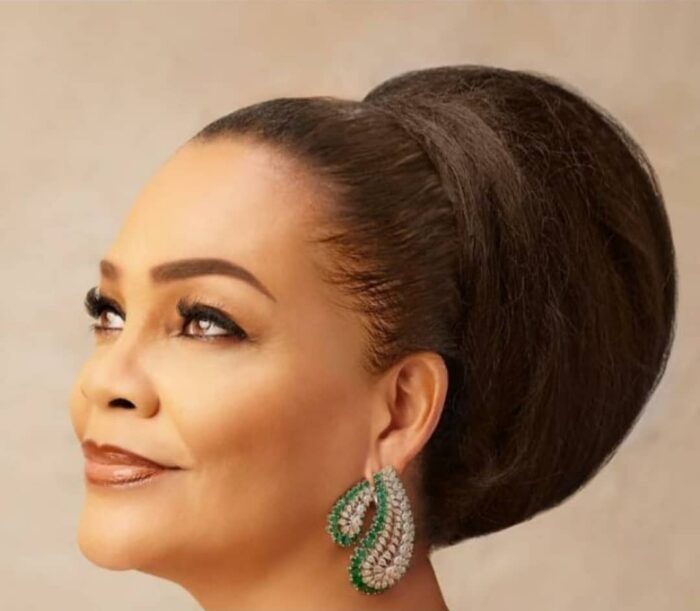 After the announcement of the result of the 1999 presidential election I went to see Chief Olusegun Obasanjo who had just been declared the winner. His Otta Farm was filled to the brim with people who had come for different reasons. But some of the principal architects of his victory were with him as he was putting his odds and ends together for a trip to Abuja. With him were Lt General T.Y. Danjuma and Major General Aliyu Mohammed, two of the king makers. I told the President-Elect that there is a report on the Niger Delta problem that was produced in 1994 but which has been ignored up to that point. I told him that I was certain that his government can benefit from the findings in that report in the resolution of the Niger Delta crisis. Since I told him I had a copy he directed me to submit it to General Danjuma. I got an appointment to see the General with the document in tow. On getting to his residence, he was in a meeting with one of the Super Permanent Secretaries of the Gowon era. It was clear that lots of job seekers would find their way to the influential man’s residence. This gentleman who was meeting with the General became one of Obasanjo’s ministers.

The reason for telling this story is Mrs Daisy Danjuma. Eventhough we had not met before Mrs Danjuma offered me a drink and sat with me until her husband was free to see me. I was stunned by her high level of decency and civility, qualities that are rare among women married to highly placed Nigerians. And she is in addition, very beautiful. These are the qualities that you rarely find within the circle of such highly placed women. Secondly, she didn’t ask me why I wanted to see her husband afterall I wasn’t a big name in Nigeria’s political firmament who must have lined up to see her husband for all kinds of reasons, I was only a journalist working in Newswatch. And journalists are generally badly treated in Nigeria by big men and women. But Daisy Danjuma treated me with decency which means that she is an inherently decent person whose positive human qualities are not diminished by her high standing in the society.

Mrs Danjuma was born in Benin, Edo State, studied Law at the Ahmadu Bello University, Zaria, did her NYSC programme in Lagos and also worked at the NAL Merchant Bank in Lagos and the Nigerian Television Authority (NTA) as its Company Secretary/Legal Adviser. In 2003 she contested and won the Edo South Senatorial District Election to become its Senator. At the Senate she wasappointed as the Chairman of the Senate Committee on Women Affairs and Youth Development even though she was a first time Senator. She also served as the Chairman of the Women and Child Rights Committee of the ECOWAS parliament. I always sympathise with women who are saddled in Nigeria or West Africa with the responsibility of improving the lot of women because the high level of male chauvinism has been, over the years, a major roadblock on gender issues. It has not abated. Patriarchy has been on display at various times at the National Assembly and in the Federal Civil Service so much that some highly placed officials think that shaking hands with women is forbidden. I am sure that as she turned 70 last Saturday she has had a number of such stories to tell in her illustrious life. Even with such frustrations Mrs Danjuma remains incredibly decent, approachable and personable. She carries herself with dignity but not aloofness because she displays no air of superiority.

The battle for gender equality or equity in Nigeria is still far from being won even with the sincere efforts of such eminent persons as Daisy Danjuma. Nigerian women often ask for token representation in governments of the State or the Centre. But the real power of women can only show itself with elective, not appointive positions. No woman has been elected Governor of a State since 1999 and no woman has been elected President of the Nigerian Senate. A few women have contested for the Presidency of the Federal Republic of Nigeria but none of them has earned enough votes for them to be put in a class higher than “they also ran.” It is difficult, very difficult, for women to achieve much in the gender equality issue or in the general improvement of the lot of women except they climb into elective positions with executive powers. Our women who have a huge voting strength must support other women who seek for elective positions in the country, patriarchy or no patriarchy.

That is not an easy task but there must be a beginning. In the elections of 2023 if women decide that they are going to queue up behind their womenfolk and give them strength through their votes, patriarchy will be defeated. Women make a big mistake when they simply ask men to give them a chance. The truth is that political positions carry enormous power. Men want that power too. That is why they are not ready to yield it to women or in fact other men. That is the plain truth which most women are not ready to admit. But the way to start in tackling this problem is to accept that the competition for power is between human beings not necessarily between men and women.

Once this fact is recognised the women can use their enormous voting power to their advantage. However, it does appear that some women appear eager, for whatever reason, to trust men with power than women. This is inexplicable.

However, from the congratulatory advert published on Mrs Danjuma’s attainment of three score and ten and her admission into the elite septuagenarian club it is clear that her husband, the eminent T.Y.Danjuma deeply appreciates her contribution to his illustrious life. He said: “Thank you for being and remaining the crown jewel of my life.” There were also congratulatory adverts from close friends, associates, beneficiaries of her large heart and largesse. From the variety of sources that extolled her it is obvious that she has kept her common touch, she has been a blessing to many and continues to retain her refreshingly ingenious warmth. Several people and organisations have extolled her for her fellow-feeling, her obsessive devotion to delivering help in what can be called quiet philanthropy.

When she decided to contest the election to the Senate in 2003 it was clear to many that even though she got her law degree in the north and worked for years in Lagos and got married to a well respected national figure from Taraba State, she had not lost touch with her Benin roots. And the people, in appreciation, embraced her fully and gave her the ticket to the Senate where she played an active role in putting on the front burner burning issues of women upliftment and girl-child protection.

Her achievements are wide ranging and cover such areas as women and children, health and education where she offers many scholarships yearly, noiselessly. It is basically these beneficiaries that have thought it befitting to extol their eminent benefactor. Many people feel attracted to her because of her social grace, her disarming friendliness, her sense of public good, her unvarnished simplicity and her commitment to being a blessing to those who need her blessings.

She hasn’t said so but I am sure she does realise that when she gives she also receives not from the beneficiaries of her giving but from a higher source. As it is often said in Nigeria “the hand of the giver is always on top of the hand of the receiver.”

Mrs Danjuma, welcome to the platinum club, the club of senior citizens.