Home Columnist Buhari and the verdict of history – By Yakubu Mohammed 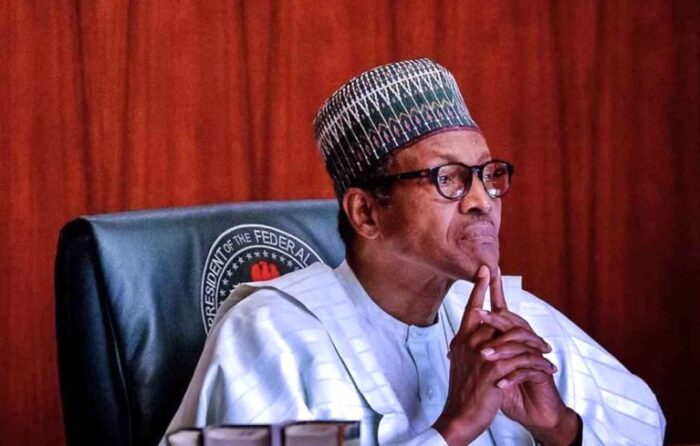 It is not a matter for conjecture whether or not President Muhammadu Buhari is unmindful of his place in the annals of this country.

A two-time leader, the first time as military head of state when it was almost fashionable or dubious  to be one, and the second time in 2015, after three decades out of power and  in political wilderness, President Buhari must be mindful of the verdict of history as he prepares to bow out in May next year.

In September last year when he returned from one of  those medical vacations in London, it was  like a rude awakening for him to be  confronted with stories of the numerous  escapades of bandits who had continued to traumatize the country. His reaction was presidential. He quickly summoned the meeting of his security chiefs to take a full briefing after which he gave his famous marching order.

He said they must bring insecurity to an end. It was not enough for him that Boko Haram had been officially decapitated and, on paper, therefore, was nearly as harmless as dodo.  But while he was away in London, bandits had increased the statistics of horror: an average of 13 persons were kidnapped daily bringing the total of kidnapped persons to 2,371 across the country.  An estimated N10b naira was the ransom demanded by the bandits during the period.

The president was worried enough to issue marching orders and to vow that he would not give in to the bandits. He would never flag or fail.

I was convinced when I wrote the column about Buhari’s grim determination that this Commander-in-Chief was acutely aware of and equally worried about his place in history.

One year later, insecurity, instead of abating, had escalated. In addition to the number of captives that have been held for more than one year, the bandits, now officially renamed terrorists, have taken more captives and have become more audacious in the face of government’s inexplicable feebleness and feckless threats and unproductive marching orders.

I am pretty sure the C-in-C himself has lost count of the number of marching orders he had issued and the number  that has been willfully  disobeyed, the most striking being the refusal of an Inspector General of Police to relocate temporarily to Benue at the height of the clash between cattle herdsmen and local farmers.

The bandits, oh sorry, the terrorists have since doubled down. Randomly, they picked students from their school campuses and asked parents to pay heavy ransom. To add salt to the parents’ injuries, they also ask for loafs of bread, soft drinks and motorcycles. They play game with human lives. In a show of audacious impudence, they went to the elite Nigerian Defense Academy Kaduna where they killed two soldiers and made away with an officer. In the same Kaduna, they killed a security officer at the International Airport and shut down the airport. In May this year, the terrorists launched a major offensive by attacking the train carrying passengers from Abuja to Kaduna, killed and carted away many prominent citizens into captivity to be exchanged for ransom or as bargain chips for the release of their leaders in government detention.

To show they mean business, they moved one notch higher by attacking the Kuje Prison and set free many inmates including ten of their top commanders. In a twinkle of an eye, they laid ambush to the convoy of the President close to his Daura home during Sallah. That is after they had killed a senior police officer in the same vicinity earlier in the day. As if they were now playing a game of catch-me- if- you-can with the nation’s security, they issued a threat that ordinarily should be treated as treason. They now openly vowed to abduct President Buhari and Governor Nasir El-Rufai.

A friend of mine who was apparently perturbed and speechless because of this patent display of impunity, called to ask me if these people were serious. How would I know? And how can you dismiss their threat as a bluff and a bluster? A few days later, they tricked into an ambush the elite Brigade of Guards whose soldiers protect not only the President but the Federal Capital Territory, the seat of the Presidency. In the ambush, they mowed down two senior officers as well as some other ranks. As of the time of writing the terrorists are holding the country by the jugular.

It has gotten to the point where the average citizens, with mouths agape, are beginning to wonder who will blink first: the government or the bandits? But the more the authorities exhibit powerlessness, the more the citizens descend deeper into a national frenzy and egregious depression.

The last meeting of the security chiefs may have taken far-reaching decisions but the National Security Adviser, who briefed the nation, did not help matter; he did nothing nor said anything to assuage our pain and sorrow. Nothing in the least to allay our fears. Instead, he admitted blandly that the failure of security agencies to protect the people has inevitably driven them into self-help.

The Senate, not known for doing anything or say anything about the president that can be faintly misconstrued to be disloyalty to President Buhari, was finally jolted from its slumber. In its moment of sudden wakefulness, the Senate in a bipartisan manner, hinted on a possible impeachment that at this moment, in my studied view, can only have a dubious value  and at best, a severely limited capacity to jolt this phlegmatic presidency into any action beyond its capacity. But even if impeachment is a mere threat, it will remain a stain on the Buhari presidency wrongly adjudged to be scrupulously above board.

But how did we get here? This column is not about the legacy of President Buhari’s administration; what it has accomplished or failed to accomplish – and a lot in terms of infrastructure and agriculture that has limited impact on food production and supply, thanks to the ubiquitous spread of bandits and herdsmen to other people’s farmland.

Sometimes you wonder if indeed the President actually wants to leave a legacy of service to the people, to its millions of supporters and admirers. In 2015, he pontificated from the mountaintop that he would not tolerate corruption. And, most importantly, he would not allow people to buy their way into public office. But under his nose, with his eyes wide open, unrepentantly, even remorselessly, corrupt people were recruited in their droves into government. Even those politicians who were being tried for corruption had their cases withdrawn because they agreed to step down for candidates favored by President Buhari. Corruption runs deep in this administration but those who have sworn to defend the indefensible would tell you there is no corruption so long as Mr. President himself remains pristinely clean.

Dithering and official procrastination – failing to walk the talk – may not be a crime. But it spells doom for a government that had sworn to run an open and a purposeful administration with zero tolerance for corruption. It allows small men at the corridors of power to use their positions to bend the rules and to promote corruption.

President Buhari has said many times that he is never in a hurry to do anything – that unfortunately includes failing to take critical decisions. It may not be the exact dictionary meaning of laxity; but it has the capacity to aid and abet the practice of wrong doing for it opens the door for evil men to escape even with blue murder.

Mr. President, naturally should be desirous of a fair assessment of his legacy when he moves finally back Daura. But unfortunately, the verdict of history may be harsh and vicious because Buhari, unlike Winston Churchill, may not be in a position to write his own history.