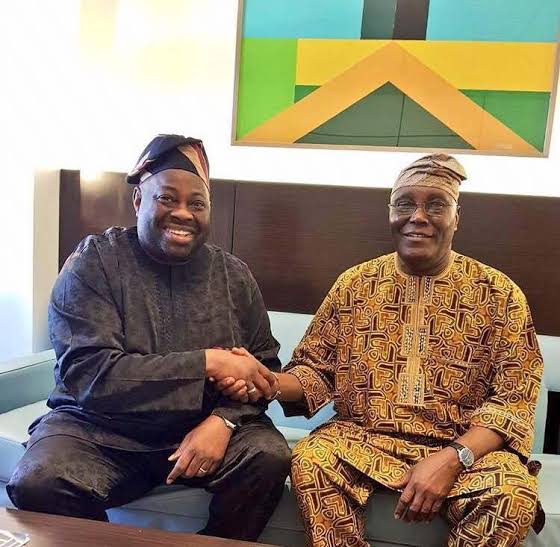 My dear country men and women, thanks for the deluge of messages and phone calls last week after reading my open letter to Peoples Democratic Party (PDP) delegates. We all know the outcome of the elections held at the Velodrome of the MKO Abiola Stadium, Abuja. The truth remains that my letter was addressing all parties across board as they are saddled with the responsibility of electing credible candidates to contest in the general election.

Today, I will begin by congratulating the winner of the just concluded keenly contested PDP primaries, His Excellency Alhaji Atiku Abubakar. Recall Atiku had also secured the ticket of the party in 2019 but lost at the general elections to the incumbent, President Muhammad Buhari of the All Progressives Congress (APC). While Atiku’s victory at the 2022 primaries is his second successive attempt under the PDP, it also marked his fifth shot at the presidency. He has had made other unsuccessful bids for the office under both the PDP and APC. However, this victory, although massive for both the candidate and the party, is not enough to make Atiku the next President of the giant of Africa. To ensure Atiku wins the presidency in 2023, crucial decision regarding the choice of his running mate must be taken to serve as icing on the cake of victory.

This means in essence that a credible, reliable and competent candidate must be chosen as the running mate to Alhaji Atiku Abubakar. The person must, outside of his status as a credible, reliable, and competent person, also be loyal, selfless, of proven character and above all, a person who can help to secure national assets and also sustain a robust relationship with local communities where these critical national assets are situated; a person with unrestricted access to anywhere and at any time to interface with host communities, the same way Chief Dele Momodu attracted attention during his visit to Kaduna to discuss security issues with Sheikh Gumi, and his tours to many communities and markets in Maiduguri, Borno State and many other parts of the country even when there exists records of serious attacks and abductions. Indeed, the just concluded primaries in which Dele Momodu participated, cannot be the truest reflection of the strength of any candidate in the secondary election owing to factors involved. Certainly, the number of the delegates can’t be a representative of about 200 millions Nigerians. This of course can’t be contested!

Dele Momodu with the spirit of Africa, Chief Mike Adenuga
In 2019, while in search of good governance, Chief Dele Momodu supported Alhaji Atiku Abubakar against President Muhammadu Buhari. It is a known fact that Momodu has saddled himself with the onerous assignment of searching out and presenting to the Nigeria electorate credible and competent candidates for the position of President. This effort is dated way back to 1998 when he suggested a former Minister of Petroleum, Alhaji Rilwan Lukman, as running mate to Chief Olu Falae, and was asked to contact him. He had flown all the way to OPEC Headquarters in Vienna, Austria to meet with Lukman. They discussed the elections of 1999, and Momodu was for the first time exposed to the knowledge of the owners of Nigeria. Lukman surprised Momodu with the fact that the owners of Nigeria has already chosen Olusegun Obasanjo to be president. This is a clear demonstration that Dele Momodu has been in the inner circle of Nigerian politics for decades. Momodu has a rare pedigree of integrity, reputation, solid education, tolerance, entrepreneurial acumen, vision, competence and international recognition. He possesses everything it takes to help Atiku Abubakar’s ticket fly and wins in the 2023 presidential elections. It is worthy of note that the 2022 presidential competency index revealed Momodu as a man of substance, and he is sure an excellent material for Vice Presidential position.

The choice of presidential running mate shouldn’t be about being a serving governor, former governor, minister and all what nots. It should be a person who will bring his wealth of experience to the fore and help Atiku’s administration to succeed; a person who will not be a clog in the smooth running of the wheel of progress and among others. This is a critical time, and there is every need for those who desire to see the PDP’s victory in the 2023 elections, party leaders and associates of Atiku, to see beyond political friendship and/or promises but be decisive in engaging in a political intercourse that will take Nigeria to a better standing.

I humbly appeal that Atiku should not rush into picking a running mate based on political intimidations, but carefully and critically do a comprehensive look into Dele Momodu’s profile and capacity as the most qualified Nigerian who will help him win the heart of millions of other Nigerians in addition to that of his ardent supporters and proteges across the country, and also help his administration to succeed economically in the long run. The choice of Momodu is far better than that of those whose stock in trade is to bear political appellations of without corresponding significance.

Without mincing words, it is not out of place that Turaki Adamawa himself has followed the trajectory of Momodu, and has in many occasions, and at different fora, attested to the versatility of the veteran journalist, and his dedication as well as candour to duty and national assignment.

Going down memory lane, recall that Atiku Abubakar chose the former governor of Anambra State, Mr Peter Obi from the Southeast as running mate after he emerged victorious at the October 6, 2018 presidential primaries of the PDP. The marginalization of the Igbo was certainly one of the issues which Atiku and PDP had wanted to address and used as a magnet to attract massive votes from the zone considering the fact that the zone had never produced even a vice president since the return of democracy in 1999. Since Alex Ekwueme lost the presidential primaries to ex-President Olusegun Obasanjo, the Igbo have not had a fair share of power at the centre. However, the nomination of Obi didn’t appear to be helpful for the Atiku’s candidacy and the PDP. Again, the PDP’s performance (22% 53,807 votes) in last year’s Anambra State governorship election and the total number of valid votes cast (less than 200,000 votes) will provide a convincing idea and the basis why Atiku Abubakar must not choose a running mate from the zone this time around, especially as Obi plots big upsets in the region with Labour Party. Why Dele Momodu? I will explain.

Dele Momodu is one of the few southerners that is highly accepted in the North. He is a friend of the North, with strong political ties. He is well known for his support for various organisations in the North. He is highly cosmopolitan to the extent he feels at home in every state he finds himself in Nigeria. Momodu is perhaps the only one that would help Atiku define the true meaning of his name “Unifier”.

If you consider zoning the position to a particular region, Dele Momodu has already covered two zones. He is from both South-West and South-South and his influence on his people in these two (2) strong zones is very palpable. The electorates from these zones cannot wait to see him on the ballot, and as such capable of securing block votes for the PDP.

He is a very formidable candidate sellable in every nook and cranny in the North. He is more often than not, referred to as the man with MKO Abiola’s template and the North accepts him like they accepted his adopted father, the late MKO Abiola.

Choosing Dele Momodu as running mate will rekindle hope for Nigerians knowing that Atiku Abubakar is ready to appoint people of high integrity, competency and pedigree in his administration; self-accomplished people with the adequate know-how that would help them perform.

Dele Momodu is a very close friend to many strong traditional rulers in the South-West, South-South and South-East, and they are very ready to use their influence on their people to deliver block votes for Atiku/Momodu ticket in support of positive change and good governance. He is a holder of about eight traditional titles, including the recent, Aare of Iwoland. The acceptability rate of Dele Momodu by Northern traditional rulers and Muslim communities is also overwhelmingly high.

He has a strong base of support organised by Nigerians in the 774 local government areas across the country. These are people that he has selflessly assisted in many ways irrespective of tribe, region and religion. Borno State emerged the overall highest beneficiary of his interventions in the country according to records, followed by Bauchi etc.

He is considered the most detribalized Southerner by the Northerners, as such, a ticket with Momodu will serve as a soft landing for the party, and will fly more than any other.

He is a mentor to uncountable number of influential youth and artists across the country, who are ready to use their wealth of influence to unconditionally support him to mobilize and deliver block votes for an Atiku/Momodu. Moreover, Dele Momodu also has millions of active social media followers and loyalist that would to a large extent help the candidacy of H.E Atiku Abubakar.

Atiku Abubakar, withou doubt, has ideas, good policies and is also loved by many Nigerians, so a Dele Momodu combination will be a strong buffer, and would be seen as a new opportunity for Nigeria.

Choosing Dele Momodu as running mate is like a return to the winning formula of the defunct National Party of Nigeria (NPN) between 1979 and 1983. The ultimate objective is the creation of different winning strategies that will make it extremely difficult for the desperate APC. This I believe Momodu is more than capable to achieve.

Again, Dele Momodu is a close friend of many religious leaders from both Islam and Christian faith, and they have clear understanding of his vision and mission. He is seen as a champion of tolerance and unity promotion in Nigeria, and as such, his emergence as running mate will attract bilateral support.

As somebody, who is a global brand and friend to many world leaders, both incumbent and out of office, Dele Momodu as a Vice Presidential candidate would attract the attention of international communities from both Africa and the Western world. Without an iota of doubt, Dele Momodu as Vice Presidential candidate will increase the chances of the PDP in the 2023 Presidential election, and create a new ray of hope for the Nigerian citizens.

HE Atiku Abubakar, his associates and the PDP leaders should pause, consider that facts on the ground, and as a matter of urgency choose Dele Momodu as the party’s vice presidential candidate.

Dr. Sani Sa’idu Baba writes from Kano State, and can be reached via drssbaba@yahoo.com