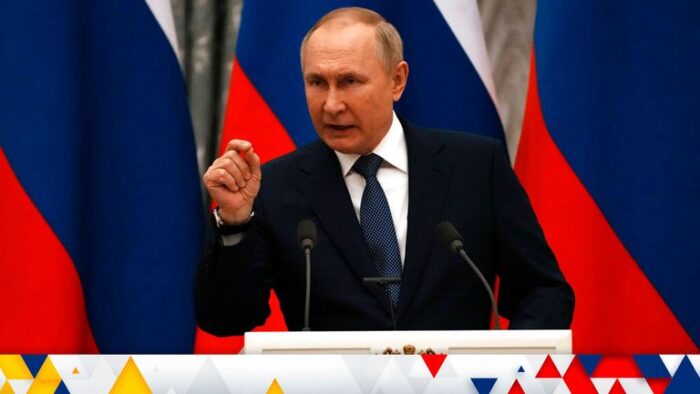 Russian President Vladimir Putin has claimed that his main spy agency had foiled a Western plot to kill a prominent Russian journalist.

“This morning, the Federal Security Service stopped the activities of a terrorist group that planned to attack and kill one famous Russian TV journalist.

“They have moved to terror, preparing the murder of our journalists. Putin told reporters.

He did not immediately provide evidence to support his claims. Reuters was unable to immediately verify the claims.

The Interfax news agency said that members of a nationalist group had been detained by Russian authorities.

Interfax said the group, acting on the orders of Ukrainian spies, was plotting to kill Russian journalist, Vladimir Solovyev.

Putin said the West was trying to destroy Russia from the inside but such attempts would fail.

He said the U.S. Central Intelligence Agency was directing attempts to undermine Russia and advising the Ukrainian government.

Putin also said foreign media organisations and social media had been used by the West to steer provocations against Russia’s armed forces. Such actions, he said, should be stopped.