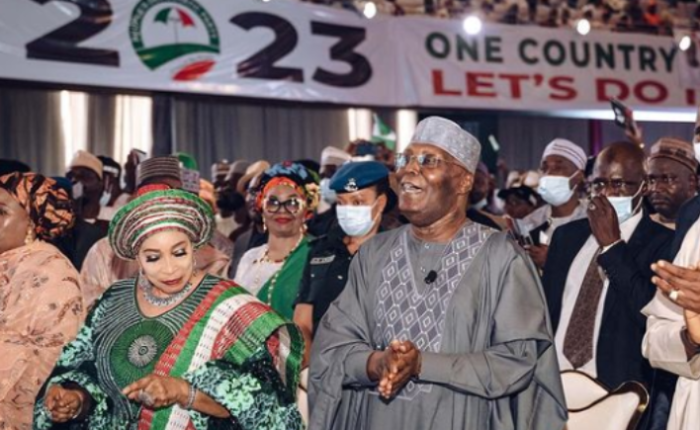 Former vice president of Nigeria, Atiku Abubakar has declared his intention to run for president on the platform of the People’s Democratic Party, PDP.

Atiku, who was the presidential candidate of the PDP in the 2019 general election, announced his decision at the International Conference Centre in Abuja today.

Atiku’s declaration for the 2023 presidential election makes it the sixth time he will be aspiring for the highest office in the land.

The Turaki Adamawa said he would be running this time on a message to foster unity across Nigeria, ensure economic prosperity and improve security. 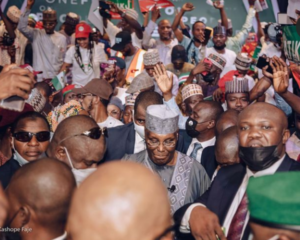 Speaking at the ICC, Abuja, the presidential hopeful expressed that, “The most fundamental right of every Nigerian is the right to life. But the APC has failed to protect the life of her citizens. Under my Presidency I will not tolerate insecurity.

“They said we should go back to farms. How can Nigerians return to the farms when you have not secured the farms?

“When the APC came in 2015, they met a debt profile of N12tn. But now we have more than N32tn in debt. Under my watch, I will reduce borrowing.”

He added that his administration would focus on five priority areas: Unity, security, economy, education and devolving more powers to the federating units.

“Nigeria is in dire need of visionary leadership. Presently Nigeria is a sinking ship that must be urgently rescued. That is why I am announcing my candidacy for the President

“I offer myself to rescue the ship. Under my captainship, this ship will sail to brighter days by the grace of God. This is a journey I will take with all Nigerians.

“Under my Presidency I will focus on five key areas; unity, security, economy, education and devolving more powers to the federating units. I am the unifier that is coming to bind the broken union. Under my Presidency there will be a new Nigeria where everybody has an equal voice and is heard,” he said.

In 2019, Atiku lost to President Muhammadu Buhari who was voted into office for a second term.

This time around, he is not only counting on his reputation as a former vice president and a ‘detribalised Nigerian,’ he is also counting on the fact that there will be no incumbent on the two major parties.

The former vice president will be in the race for the PDP presidential candidacy ticket alongside former Senate president Bukola Saraki, Ovation magazine publisher Dele Momodu, Sokoto State governor Aminu Tambuwal and a former Secretary to the Government of the Federation, Pius Ayim.

It is on record that Atiku was a major parties’ flagbearer in two of his previous five attempts, including 2019 when he gave President Buhari a run for his money. He started running in 1992 under the Social Democratic Party and has been involved in every presidential election since 2007.