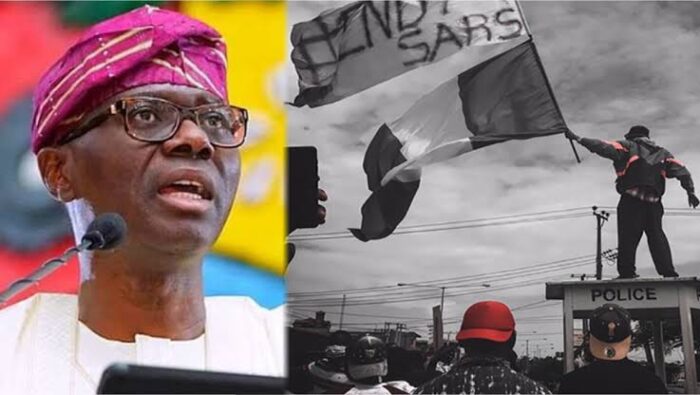 Nigerians have been calling for the resignation of Lagos State governor, Babajide SanoOlu  since the report of the Lagos State #EndSARS Panel was released yesterday.

According to the report, mo fewer than nine #EndSARS protesters were killed at the Lekki tollgate on October 20, 2020.

And it revealed that the Lagos State government through SanwoOlu sent for the Nigerian Army that day.

This was contained in the report submitted by the Judicial Panel of Inquiry on Restitution for Victims of SARS-related Abuses and Other Matters obtained by our correspondent on Monday.

The report listed 48 names as those who were casualties of the Lekki incident of October 20, 2020.

Among the 48 casualties listed, 24 sustained gunshot injuries, while 15 others were assaulted by soldiers and police.

The panel also noted that 96 other corpses were presented by a Forensic Pathologist of the Lagos State University Teaching Hospital, Professor John Obafunwa.