Home Columnist FFK and Pantami: What fraud has joined together – By Farooq Kperogi 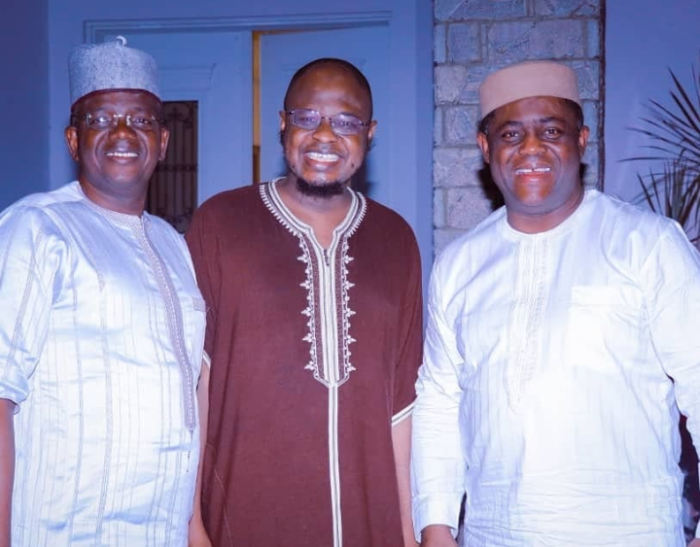 I normally don’t read, much less respond to, anything Femi Fani-Kayode writes because he’s clearly an emotionally and psychologically disturbed man whom I once described in an October 7, 2006 column titled “Fani-Kayode: Ministerial Rascality Taken Too Far!” as an “ignorant, rascally, and harebrained twerp,” as “a vulgar, noisy, bigoted, foul-mouthed, infantile, and witless twit,” and as a “drab, vain, sycophantic, overzealous, scatterbrained megalomaniac” who is “the very personification of ethnic and religious bigotry.”

Fani-Kayode, the vilest and most vicious Islamophobe in Nigeria until APC (which he’d called a “Janjaweed” party) fixed its metaphoric feeding bottle in his hungry and greedy mouth and who as recently as April 22, 2021 called Pantami a “cold-blooded beast” and a “religious bigot, an ethnic supremacist, an unrepentant jihadist, a lover of bloodshed, carnage and terror and a psychopathic and clearly insane induvidual [sic] who may well have been responsible for the slaughter of many innocent Christians over the years as a consequence of his inflammatory rhetoric and reckless actions,” now says ASUU is opposing Pantami’s professorial fraud “because he is a Muslim.” Ha!

If there is one person who is almost singlehandedly responsible for calling attention to Pantami’s professorial fraud and making it a fixture in the public imagination, it is I, whom Pentecostal Christian fanatics (whom I like to call Talibangelicals) and unreflective Yoruba ethnic chauvinists have called a “jihadist” for pushing the oppression of Yoruba Muslims to the forefront of national consciousness.

Has Fani-Kayode said anything about the symbolic tyranny against Yoruba Muslims in Yorubaland since he now suddenly loves Muslims? Well, there’s no feeding bottle for defending them, so…

With a few exceptions, almost every academic who has pointed out Pantami’s professorial fraud is a Muslim and a northerner: I, Professor Abdulsamad Umar Jibia, Dr. Abdelghaffar Amoka Abdelmalik, Dr. Nasir Mansir, Dr. Ali Abubakar Sadiq, Dr. Abdulaziz Tijjani, etc. The chairman of the ATBU branch of ASUU by the name of Dr. Inuwa Ibrahim who told newsmen that “from all indications, the [promotion of Pantami to professor] was shrouded in inadequacies” and is “a total disregard to academic excellence” is a Muslim and a northerner.

So, where does religion come in here? It is us “jihadists”—according to the twisted, immature rantings of Christian fanatics who want to be left alone in “peace” to oppress and tyrannize their Muslim brothers and sisters—who’re calling out our fellow “jihadist” for committing intellectual fraud. What business does a wretched, godforsaken Islamophobe like Fani-Kayode (who should be nicknamed MONA, i.e., Most Obnoxious Nigerian Alive) have with that?

Fani-Kayode, who has never worked in academia, who knows next to nothing about the conventions and protocols of promotions in the university, ignorantly said Pantami is “eminently qualified to be a Professor.”

If Fani-Kayode weren’t the two-bit, scatterbrained, narcotized, mercenary thug that he is, he would’ve known that Pantami hasn’t met even the most basic requirement to be recruited as a professor at FUTO. All FUTO job ads for the position of a professor, which can be found on their website, require “a doctorate degree…plus a minimum of 12 years post qualification experience in teaching and research in a university.”

Pantami got his PhD in 2014, that is, about 7 years ago. That is 5 years short of the “minimum of 12 years post qualification experience” the job ad requires. Plus, Pantami’s entire university teaching record is less than 10 years– if you consider that he didn’t teach during the three years he studied for his PhD at the Robert Gordon University in Scotland.

Similarly, his PhD is in management from the business school of Robert Gordon University. It is not in cybersecurity. People can become professors in fields they didn’t get their PhD in if they publish extensively in them. But Pantami’s record of just 10 mostly low-quality, pay-to-play, garbage-in-garbage-out publications in fraudulent, predatory journals doesn’t compensate for his management PhD.

Most importantly, though, Pantami is a federal minister who cannot, by law, accept another appointment, whether or not he is paid for it. The only other job the law allows him to do is farming.

Pantami is my brother and friend, and he KNOWS why I’m exposing his fraud. He himself once told me during a chat that he’d come to terms with the fact that I embody the fiercely brutal truth-telling qualities of Umar ibn al-Khattab after whom my father (who was an Arabist and Islamic Studies teacher) named me. Umar’s nickname was Farooq, which literally means one who distinguishes truth from falsehood.

Fani-Kayode is only Pantami’s “friend in fraud.” He is in it for the feeding bottle. What fraud has joined together, let no religion put asunder!