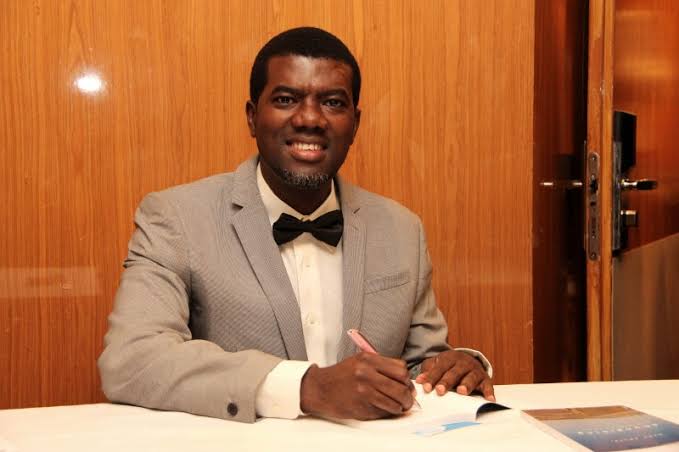 This past week, I spent time in Milwaukee, Wisconsin, with Joseph Nantomah and Michael McDermott, investigating how they create an astounding amount of wealth by flipping houses.

Flipping houses means buying houses that are in bad conditions or in peril, maybe due to abandonment, lack of care by the owners, or for any number of reasons, and then gentrifying the houses, with a view to selling them for a tidy profit.

I had watched TV reality shows about flipping houses, however, this was my first time investigating how the process worked. I observed these guys work and was pleasantly surprised at how easy it is to make legal money.

I do not intend to promote any of these websites, but you can Google search them and you will find a host of these portals.

Next you choose any of the houses, which are offered for cheap because they are often in derelict condition.

According to Joseph and Michael, who own and run Investors Capital LLC, the key is to make an informed estimate of what it will take to renovate the house, and to realistically assess how much you can reasonably sell the house for after it has been renovated.

Another key is to have a network of craftsmen, masons and builders that you have formed a relationship with, who can do the work without overbilling you and without wasting time (time is money).

But you guys know me. I wanted to see this for myself. I insisted on following the process. So I was taken to one of the many houses which they bought, this time from the city of Milwaukee. I saw the house physically.

The owner of the house had died without relatives, or a next of kin. The city took control of the house. It was sold for scrap, far, far below its value. And they even paid less than the city demanded.

Then I saw with my eyes how they gathered a team of workmen and builders to put the house into shape and give it a makeover. And even while they are yet to be done, they had gotten offers and were looking to make a profit of at least $150,000 on just that one house.

And I thought to myself, where else can you make such a pile of money legally and quickly as in flipping houses.

This is something that I encourage my readers to think about. As you guys know, I hate poverty and I have devoted a significant portion of my adult life learning how to make money with my hands and intellect, and not from a job, and then teaching these ways of making money to the public for free.

Flipping houses is probably the best means I have seen of making money so far, because the Earth’s population is increasing faster than available homes. What this means is that there will always be a market for real estate. And where demand exceeds supply, money is bound to flow.

But while I was in Milwaukee, another thing intrigued me. Many of these houses that are put up for fast and cheap sale, are homes of people who died intestate (without leaving a will).

And I thought deeper. How can you build wealth in your lifetime and not pass it on to your lineage? It is the saddest story possible. It breaks my heart.

And it is not only in real estate that we see this.

Too many people have wealth stored up in banks and in the stock market unknown to their children. Many of these people are intestate, in that they do not have wills or a last testament.

And so, when they die, their bank deposits and stocks and shares just sit idly by.

In Nigeria for example, there are about $500 million in unclaimed dividends. The money in dormant bank accounts is even more. Nigeria has ₦895 billion in dormant accounts. That is almost $3 billion at the official rate of the Naira to the dollar.

And then there are unclaimed title documents to houses and lands running perhaps into trillions.

This is a global phenomenon. It is not limited to third world nations.

The only difference between underdeveloped nations and Western democracies is that in the West, the government and private sector have transparent organisations and policies to track down the nearest relatives, or next of kin, and transfer the monies to them.

This is largely missing in developing nations. The result is that a few crooked bank staff and issuing and stockbroking firms sometimes connive and get those funds. Or more likely, they are forfeited to the central government.

So why do people do this? It is because they don’t trust their heirs. They are often afraid that they could kill them prematurely in order to invest.

But there is a solution. Write a will. It is very easy to do. You can do it yourself. There are guides to writing one on the internet.

In most countries, all you need is an itemised list of your assets and who you want them to go to, which must be signed by one or two witnesses, and registered in court.

And when this is done, you give it to your lawyer, or pastor, or reliable non-beneficiary relative, to give to your children or heirs after you die.

I mean, that has to be much better than storing all your assets in your head, and then dying and forfeiting your money to strangers.

Even if you suspect or you are sure that your heirs are irresponsible and would waste the money, is that not still a much better option than for strangers to enjoy what you have worked your whole life to achieve, or that it should be forfeited to a corrupt government that is even more irresponsible than your heirs?

Anybody can die anytime. Tomorrow is not promised to anyone. Do the right thing by your family, and do it now.

Listen, the greatest transfer of wealth in the United States and Europe is not via real estate or investment. It is via life insurance.

When an average White Anglo Saxon Protestant (WASP) baby is born, that child, from the very first second of its life is likely to be a beneficiary of 6 life insurance policies. One from each parent, and one from each of the child’s four grandparents.

As a result of these policies, poverty is forever banished from that child’s life from the moment of birth to the moment of death.

That is why you hardly see the type of wailing and weeping that you see in other funerals and burials among White Anglo Saxon Protestant.

Instead, you see a kind of quiet dignified mourning. Why? Because to them, death, though sad, is also a source of wealth. As one generation dies, life insurance benefits are paid to the succeeding generation.

But in the Third World, it is often the reverse. When your parents and grandparents die, they often hide their wealth from you, and you are expected to cough up money that you do not have, in order to give them a befitting burial.

Hence, rather than being a source of wealth, Third World poverty becomes a source of even greater poverty. Which is often why many funerals and burials experience weeping, wailing, and gnashing of teeth.