Home Columnist There’s nothing like a ‘nothern’ or ‘southern’ president 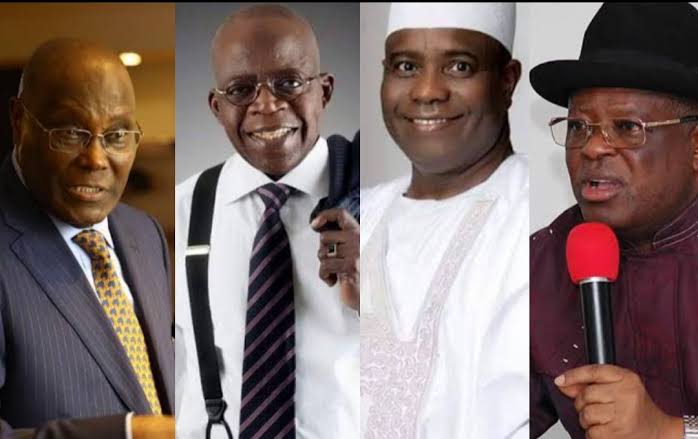 Before the mania of “rotational presidency” or “power shift” or similar platitudes seizes the air as a prelude to the 2023 elections, let us refute the myth of something called a “northern” or “southern” president in Nigeria. The term is a misnomer, a parody of ownership of power in the country’s rigidly hierarchical political structure. While a president might truly be identified with a particular region, North or South, power hardly shifts to the people they purportedly represent. As such, the whole idea of a president from the North or the South currently advanced by the elite class is a self-serving argument.

“Power shift” across zones in Nigeria is a fiction. Power neither shifts nor ever rotates in this country. Power is always concentrated in the hands of a few, and its functions have never had substantially much to do with the reality of the millions of people who live in either the southern or northern regions.

While the southern governors proposing shifting power to the southern region base their argument on the apparent logic that it should be the turn of the South after a northerner would have spent eight years in power come 2023, their northern counterparts are countering with disingenuity. In truth, neither side is sincerely seeking power for the people of either the North or the South; they are jockeying for power for their own selves. That is why we must be circumspect and not allow the hysteria of rotational presidency to subsume the real issues confronting longsuffering Nigerians, the perennial victims of their maladministration. We must challenge the proponents of the “southern” or “northern” presidency idea to tell us what they are talking about when they talk about rotating/zoning/shifting power across the regions. Who already has this power, and to whom will it go when it rotates?

The truth is, having someone who shares your tribe in power (or even religion) does not mean you have power. Beyond the symbolism of identity politics and the concomitant sentimentalism that satiates those who cannot grapple with the reality of their disempowerment, who does this so-called power shift ever benefit? How much “power” shifted to the average Katsina person since 2015? Those people suffer as much as every other Nigerian! Political power in Nigeria is -and has always been- disproportionately concentrated in the hands of a few people who use it for their ends. Power rotates in Nigeria only among the political class and never outside of it. You can have a president of a northern or a southern extraction in power, and still have the people of his region totally disempowered throughout the president’s entire tenure. What has power rotation ever meant to average Nigerians other than as manipulative means for politicians and, of course, their lackeys -the intellectuals- who resound the clichés as if it ever existed outside those seeking to usurp each other in the Federal Capital Territory?

Until we first come to terms with the truth that having someone who shares our tribe or faith in power does not mean we are represented in power, we cannot develop the necessary cynicism to respond to the emotional manipulation of those who trot out this fad of geopolitical representation every four years. We need healthy scepticism to challenge the political class -some of whom have been governing for many years now and have not contributed a thing to the betterment of the lives of the people- demanding that power must shift or rotate. To whom will this power shift and whose lives will be consequently improved?

Three kinds of people in Nigeria have relations with political power. First is the president who embodies enormous political power. During his tenure, Goodluck Jonathan once attributed godlike powers to the president. I criticised his indiscretion at the time, but he was perfectly right. In Nigeria, all power belongs to the president and the select few who jointly direct the country’s affairs. Then, are those who grovel before power holders. This group comprises politicians and political appointees at every level of government. While the real power is in Aso Rock, they get to wield some in gradations. Perhaps, the best evidence of the fragility of this group’s power within the Nigerian political structure is how much obsequiousness they manifest in their public conduct. They are ever fearful of being consigned into oblivion, the place where politicians go when they are not in power.

We see that in the example of the Ebonyi State governor, David Umahi, who said he prays God should give Nigeria another President like Major General Muhammadu Buhari (retd.) in 2023. Umahi, of course, knows that the Buhari presidency has been anathema, but he still has to pander to survive. It does not matter how much Buhari deprecates southeasterners, people like Umahi still have to toady before him. Otherwise, they will be cut off from their privileged access to the almighty power of Aso Rock. For staunch PDP members like Godswill Akpabio and Stella Oduah to move to the APC, you know Oblivion is worse than hellfire. It was part of truckling to who could eventually hold power in 2023 that made Kano State governor, Abdullahi Ganduje, throw his kinsman, ex-emir Lamido Sanusi, under the bus before ex-President Jonathan at a function in December. When it started to look like Jonathan might be selected to run for the 2023 presidency for just one term to quickly pave the way for another northern president, Ganduje started crawling on his belly before the same man they vigorously campaigned to discard just a few years ago. When the tedium of Oblivion got too much for social media rabble-rouser, Femi Fani-Kayode, he too ate up his vomit and moved to the APC. These are the people who will soon start to ask for power to shift. But from where to where does this power ever rotate?

Finally, there is the third category of people and those are the ones on whom the power of the political class will be tested. They are the ones who genuinely need political power to shift in their direction. Yet, they are perpetual victims of the Nigerian political power machinery that lacks transformative or nurturing force and is only capable of abuse and repression. Ironically, it is among this class you find the most zealous defenders of the subsisting political architecture that yields no practical benefits. By 2022, you can expect them to become echo chambers, also yelling “power shift.” We saw that with the Yoruba, who thought they would have power if the region got the Vice Presidency in 2015. They got the position, but it translated to nothing substantial. In 2019, key government officials like Vice President Yemi Osinbajo, Minister Babatunde Fashola, and Governor Kayode Fayemi maintained the fiction of power shift when they asked the Yoruba to vote Buhari all over again so their tribe could retain power. Buhari won; the trio retained their lofty political positions, but how much power has flown in the direction of the average Yoruba person to improve their lives?

More than ever, we need to be circumspect before they turn “power rotation” into a political agenda the same way they did with “corruption” in 2015. In parroting Buhari’s anti-corruption potential, people forgot to ask the most important questions. Today, the result of the poor inquiry of the Buhari candidature is all around us. The Nigerian life has badly depreciated, and what we need now is a president capable of putting us back on the path of restoration. We should not substitute what truly matters -substance- for the empty symbolism of putting someone from a particular region in power.

Finally, let me emphasise that I am truly aware that identity politics can never be extricated from political contests. Nobody ever gets into power value-free. Everyone must appeal to a base, and nothing mobilises people quicker in Nigeria than tribe and religion. So, yes, such primal appeals will necessarily feature in 2023. At the same time, we should also not allow politicians befuddle the teeming mass of already disempowered Nigerians with the farce of power shift or rotation. Nobody should be deceived into thinking that the political power that has never worked for them can be rotated in their direction. Once we know that truth, it will set us free from some of the barrage of lies they will rain down on us in the coming months.