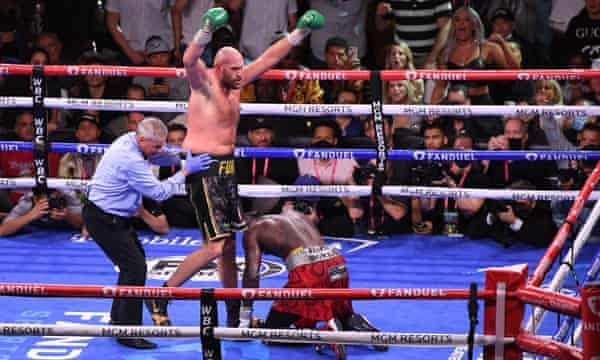 Tyson Fury aka the Gypsy King has retained his heavyweight crown with an 11th-round knockout of Deontay Wilder before a delirious crowd of 15,820 at the T-Mobile Arena. It’s a fight that will go down as a classic in the boxing history books.

Both men gave it all they got but in the end the Gypsy King was too strong and came out on top. Fury has no scratch on his face while Wilder looks like someone who just got out of a lion’s den.