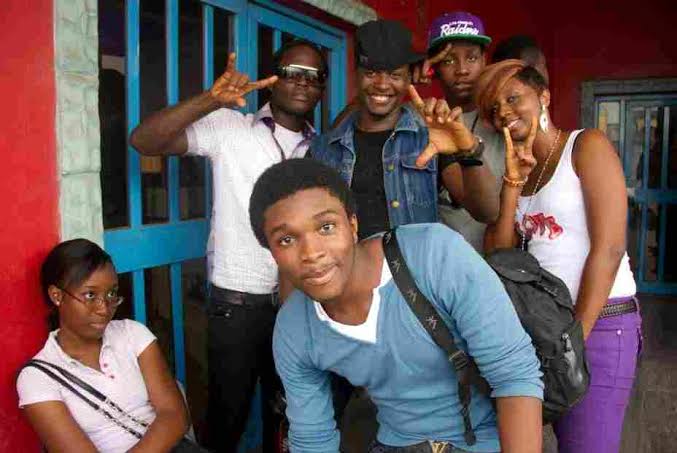 They were all stripped naked, paraded for several hours, beaten to stupor and lynched after they were falsely accused of theft in Aluu community in Obio/Akpor local government area, Rivers State.

All of the promising young men who had their lives cut short in the most gruesome manner that could ever be imagined were below 21 years of age.

Selfishness! The mentality of “not my portion” is one of the reasons we are where we are today. There is no communal spirit.

For those who can’t remember and for those who don’t know about that horrific moment, this article is not to give full detail of the event. Those who want to know more about the event should make use of Google. There are several articles on it. This article is just a reminder about how we easily forget events that should serve as a turning point. It’s also a pointer that Aluu four did not put an end to jungle justice.

The most pronounced case of “jungle justice” is that of Aluu four in Port-Harcourt.

The murder of was caught on camera. There was a video of about five minutes that went viral. While a lot of people watched the video from beginning to end, I only had the stomach to watch one minute. And that’s the worst one minute of my life.

Watching the full video was almost impossible for me because I am the kind of person who likes to put myself in people’s shoes.

Despite the fact that I didn’t watch the full video, nine years later, I am still talking about it.

Justice was served in 2017 as a Rivers State High Court, Port Harcourt, sentenced three persons including a police sergeant, to death for the murder of the boys.

It is commendable that justice was served. But is justice enough? Did the justice put an end to this barbaric way of killing people?

The question is: going forward, what have we done to put an end to it? Nothing!

A lot of decent Nigerians thought that with the publicity that gruesome murder got, government would take necessary steps to ensure that it does not occur in any part of the country again.

However, since then, there have been no fewer than 20 cases of jungle justice reported in Nigeria.

Those are reported cases. How about the ones we don’t know about?

It should be noted that those who commit this barbaric act are no respecters of age, gender or societal status. Men, women and children from various backgrounds have all been victims.

In the city of Lagos, December 2013, a boy named Samuel was kicked about, beaten with clubs and then burnt to death. He was only 12 years old. Samuel was accused of trying to lure a school child with N50 with the aim of kidnapping the child.

Despite the horrible situation, Samuel was able to explain his story very clearly when asked some questions by those who murdered him. He was on the street with his mother and possibly brothers and sisters. He explained that “my parents quarreled everyday” and that “my daddy sent us packing. My mother took us to our brother’s house. My brother also sent us away because of bed wetting.”

Based on his explanation, Samuel had nowhere to go and as a result, ended up on the streets of Lagos, begging for alms.

“My mummy asked us to go begging for money to eat,” he said. He begged the mob to be taken to his ‘mummy’ who he claimed was nearby. He showed the mob the N50 note that was given to him as a beggar.  He pleaded with them saying, “Before God and man I am only a beggar.”  His pleas fell on deaf ears as he was murdered in cold bold. The horrific video was on the internet for all to see last time I checked.

The fact remains that anyone could be a victim of Jungle justice. It is not something that is peculiar to the poor or someone who doesn’t own a car. You might own a car and hit a passer-by mistakenly and the next thing you know, people are shouting for your head.

In 2014, a lecturer was reportedly killed in Jos, Plateau by an irate mob for hitting three primary school pupils on his way to work. He went to the police station to report himself, but the mob dragged him out and lynched him.

As a Youth Corp member in Ibadan in 2012, on my way home with a friend after Community Development Service (CDS) on a Thursday afternoon, we saw some people beating up a boy after stripping him naked. We got there and found out that he stole N1, 000 recharge card. Those who served outside Lagos know that Corp members are highly respected. We told them that we would take him to the barracks for further punishment. Fortunately they agreed. We got a taxi and took him to his place at Bodija. His family members thanked us like their lives depended on it.

In August this year, a twitter user with the handle @Letter_to_Jack narrated a story of a man who was beaten so bad that he lost an eye. He tweeted “While driving up a slope and on his way down, the brake of his car failed and the car ran into a woman in her shop.”

According to Jack, the young man grew up in that neighbourhood.

“They broke his car windshield, dragged his wife on the floor and threatened to kill him. They hit him repeatedly with the intention of killing him in front of his wife and kids.

“If not for timely police intervention, he would have been killed.”

In another recent incident, a woman was beaten to death in Akwa Ibom over the allegation that she stole N2, 500 from a store at the market. According to several accounts on social media, “someone ran a rod through her genitals and she bled to death.”

It was learnt that “the accuser who later found the stolen money closed his shop and ran away.”

The Port-Harcourt four (Aluu), were boys from respectable backgrounds, but when the evil of Jungle justice was brought upon them, they didn’t take their background into consideration. They were treated just the same way they treat hoodlums who live on the streets.

That was meant to be watershed moment in our history. Sadly, what should have been a turning point for us has been forgotten.

If that did not wake us up, what else is going to do it? Is Nigeria irredeemable?

We have the National Association of Nigerian Students (NASS). What do they do? We have many groups who claim to speak for the youth. They go about collecting money as youth representatives. What are they doing? What are our leaders doing? Rotimi Amaechi was governor of Rivers State then. What did he do?

We have a National Orientation Agency with workers who receive salaries every month. What are they doing?

There is a role for every Nigerian to play. We must all play our parts. All hands must be on deck in stemming out evil.