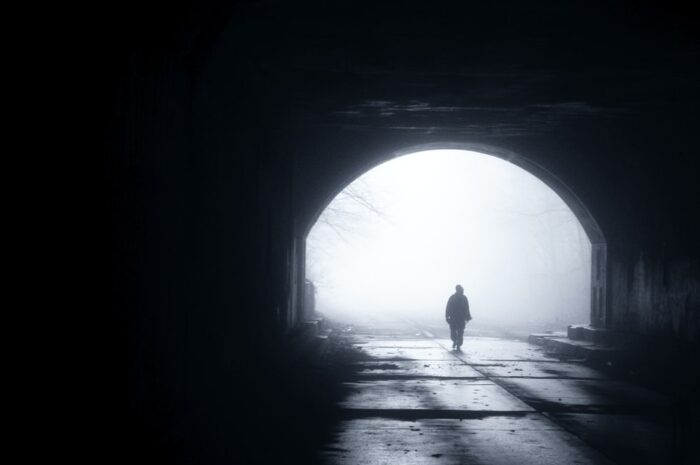 The American diplomat John Campbell observes that Nigeria is always “dancing on the brink”. Constantly tempting fate may be a good plot in a Dostoevskian novel or in a Brechtian drama. But in real life, it can lead to irreversible trauma. Human systems can only take so much. Some people are beating the drums of war today. If there is one war we must avoid at all costs, it is this one. It is easy to fan the embers of hatred. But to experience the horrors of war is a different matter altogether.

As a child, I remember how my father, a churchman, harboured a dozen Igbo families in our modest home a few months before the outbreak of war in July 1967. One woman had given birth on the day they arrived. I had never seen such fear in the eyes of grown men. Igbos were being hunted down like wild game throughout the cities and towns of the North. After several weeks, we were threatened with death. With sorrow and tears, Baba had to let them go. I remember distinctly that it was in the thick of midnight that they set out on that long trek into the bowels of the primeval savannah. None ever came back. I am still haunted by those memories to this very day.

Emeka Nnolim sent me excerpts from his manuscript on his experiences of childhood in Biafra: “We were now all refugees….lack of food introduced a new disease – kwashiorkor. Children, adults walked about with oversized heads and or stomach on spindly legs with owlish eyes. Their hair is dirt brown and all are accompanied by flies. Hovering above are vultures. It was not uncommon to see corpses at the primary school, church, along the road or on the way to the stream. They were quickly buried. No one wailed or mourned anymore. I lost count of bodies quickly wrapped in cloth, mat or palm fronds before burial. Babies, toddlers, children, adults, male or female. Parents abandoned children who could be seen opening their mouths full of flies without a sound coming out, dropping dead along the road.”

Sir Winston Churchill, historian, statesman and warlord, warned that war never follows a straight, unilinear path: “The statesman who yields to war fever must realise that once the signal is given, he is no longer the master of policy but the slave of unforeseeable and uncontrollable events. Antiquated war offices, weak, incompetent or arrogant commanders, untrustworthy allies, hostile neutrals, malignant fortune, ugly surprises, awful miscalculations – all take their seat at the council board on the morrow of a declaration of war. Always remember, however sure you are that you can easily win, that there would not be a war if the other man did not think he also has a chance.”

Unlike many, I have never believed that the Amalgamation of 1914 was an accident. Albert Einstein famously observed that God does not play dice with the universe. God is engaged in a great thought experiment to see if we can forge out of our multifarious ethno-religious communities a prosperous democracy that can become the beacon of hope for our benighted continent.
But there are no guarantees. The world does not owe us a living. All depends on the collective choices we make today. We will survive and flourish if we muster the requisite courage and vision to build a New Nigeria. We will surely perish if we continue on the path of folly. The future is an open book.

In the rebuilding of our country, we must place women and the youth at the centre of all our national development efforts. The dialogue of the generations and of gender must begin today. We need a proper dialogue that is anchored on honesty, social justice and human dignity. Far from being lazy, Nigerian youth are hardworking, creative and brave. The aura and energy around them is extraordinary. If you are in doubt, look at Nollywood and the music scene. If you are in doubt, ask Facebook Chairman Mark Zuckerberg who visited our country and was awed by what our young people are doing in technology. The EndSars protests were their shiniest hour.

I am reminded of Fanon’s famous dictum:“Each generation must, out of relative obscurity, discover its mission, fulfill it or betray it”.  The mission of our generation is to salvage our country from the jaws of catastrophe. The clarion call for re-engineering of the federation can no longer be ignored. We must devolve power to the regions and redesign our system to ensure that it guarantees the welfare, security and the common good of all.

Nations that flourish are those that continually reinvent themselves in light of domestic and changing world conditions. Those that fail to reform will atrophy and die. The Old Testament tells us that when the exiles in Babylon were told how Solomon’s Temple had been sacked and the golden vessels of the House of the Lord had been carried away by foreign conquerors, Nehemiah, a cup-bearer to King Artaxerxes in the Persian capital of Susa, asked of the king that he might be permitted to go back and rebuild the fallen walls of Jerusalem. The king granted him approval.

Nehemiah was a man with a plan. He created an investment fund. He conferred with the elders. He drew up a bill of quantities; sourcing for building materials of the highest quality. He gathered a team and began the work. They inevitably encountered enemies who were hell-bent on sabotaging the project. Sanballat of Samaria. Tobiah the Ammonite. And Geshem the Arab. He got Prophet Ezra and the Levites and all the elders to agree on a strategy to defeat the enemies of Israel. The project was a resounding success. After 12 years, we are told, Nehemiah returned to the king’s palace in Susa.

Nigeria is in dire need of nation-builders. We need nothing less than a new covenant of hope. In the arduous task of rebuilding our country, we must be ready for the enemies who would want to thwart our efforts at every turn. Those who have benefitted from the current iniquitous system will fight ferociously to protect their privileges. We must face up to them with boldness and courage. We must never surrender.

We have all sinned and fallen short of the glory. Christians and Muslims are all the children of Abraham. We are in the deep hole we are today because of a collective failure of leadership; because of the path-dependence of corruption, grand larceny and lawlessness.In all matters of politics, the Jewish-Dutch philosopher Baruch de Spinoza observed: “I have striven not to laugh at human actions, not to weep at them, nor to hate them, but to understand them.”

The Swiss historian, Jacob Burckhardt, in his magisterial study of the state in renaissance Italy, described the state as a “work of art”. Great states are not products of chance. They are products of imagination, creativity and purpose-driven leadership. Great states are built with the same vision, passion and determination with which Michelangelo painted the Sistine Chapel and Beethoven composed his great symphonies.  It calls for men and women of singular courage. It calls for patriots who have conquered the fear of death.

(Being the concluding part of the Second Goke Omisore Voice of Reason Annual Lecture, Delivered on Friday February 19, 2021)