Home Columnist Sunday Igboho is not the solution – or the problem 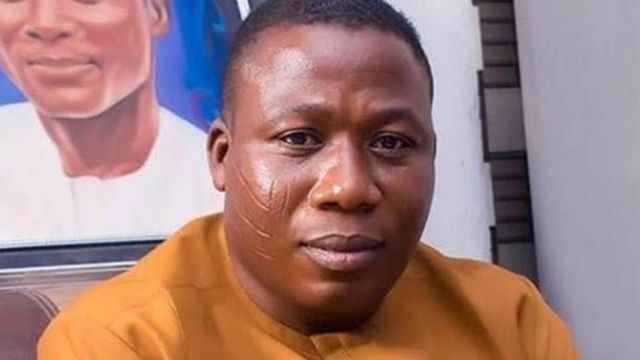 Last Monday, the seemingly intractable crisis between Fulani herdsmen and South-West inhabitants got some breakthrough when the Miyetti Allah Cattle Breeders Association of Nigeria gave in to the demands of governors. According to reports, following a meeting with some members of the Nigerian Governors’ Forum, the National President of MACBAN, Alhaji Muhammadu Kiruwa, directed Fulani herders across the region to end both night and underage grazing with immediate effect. Not only did Kiruwa instruct his people to comply with state directives, but his conciliatory tone at the meeting was also different from the recalcitrant stance that the organisation had taken in the past.

According to an aide of Ondo State governor, Rotimi Akeredolu, following the governor’s evacuation order to the herdsmen illegally occupying the state’s forest reserves, the herdsmen have started registering to operate in the state. Given how much logjam has existed on the herdsmen issues, this turn of events is laudable. However, whether the new peace will last or not remains to be seen. These issues of land contest between the Fulani and the Yoruba have existed for a long time, and they only took the new turn with the added crimes of kidnapping and extortion recently.

One cannot disaggregate this latest development from the activities of Sunday Igboho, a populist and nativist, whom the media now serially tags with the fancy labels of “human rights activist” and “freedom fighter.” Like every populist, Sunday Igboho claims to be speaking on behalf of ordinary and disenfranchised people, and is fighting for their rights. His advocacy on behalf of the disempowered is well-received because it is not the type that writes fancy words from behind the safety of his Twitter handle; he puts himself out there. Recently, he issued a seven-day ultimatum to Fulani herders in Ibarapa, Oyo State, to quit the place. When the ultimatum expired, he defied an order for his arrest and travelled to Ibarapa to stage a rally. At the rally, he informed a crowd of fans that not only had the criminal herdsmen been flushed out of their land, but they would also extend their purge to the entire region.

By the time the rally was over, he had more or less coronated himself as the messiah of beleaguered Yoruba people. Igboho scored a significant victory in their eyes. His soaring popularity worried the so-called Yoruba leaders whose failure to have intervened meaningfully in the crisis is adducible to their not daring to offend their political paymasters. One of their paid hacks was so rattled by Igboho’s ascendance that he wrote a self-indicting article about how the man was a thug whose conscience they supposedly appealed to during a past governorship election in Ekiti State with, of course, money. Given the kind of blowback he received on that heedless piece, he must have self-schooled on how much he misread the room.

While Igboho’s intervention might have forced politicians to scramble for resolutions, his politics is nowhere near the answer. The good thing about his popularity is the extent to which it has revealed Nigeria’s leadership failure and the depth of people’s disillusionment with their impotent leaders. Ours is a country where herdsmen routinely carry out atrocities, and the government has failed to stop them. In the past couple of years especially, the body counts of their victims and the monies that they have extorted from their families have piled up. Not only has the government been somewhat slow to apprehend these killers, their clannish approach to the identity politics that underwrites these tensions has fuelled speculation that the Fulani herdsmen have the support of the Federal Government.

Whether the top echelons of the Nigerian government truly back these herdsmen or not matters less. What they need to account for is why a regime that does not hold back from unleashing a full force of violence against civilians has been helpless against these perpetrators. Several states and tribes have been dealt with a heavy hand whenever they are deemed to have overreached. However, when it comes to the herdsmen, top administrators start spewing spiels about the supremacy of the constitution and fundamental human rights. For instance, when Governor Rotimi Akeredolu ordered the herdsmen to leave Ondo forest reserves, presidential aide, Garba Shehu, responded that the constitution gives every Nigerian the right to live in any part of the country they choose. Shehu should have asked himself the worth of a constitution that gives some people the right to move around only to hazard others’ right to exist.

Worse than Shehu’s tactless partisanship is the attitude of the Yoruba political elite. In 2019, the politicians that felt no shame asking the Yoruba to vote Major General Muhammadu Buhari (retd.) into power because it would guarantee advantages for the region are nowhere to be found now. They have been comfortably settled with lush political positions, and they dare not raise their voices lest their paymasters take the roast yam away from their mouths. In 2023, they will once more return from their lofty perches in the Federal Capital Territory, Abuja to stir up sentiments about the Yoruba’s political advantage, not because they care about the people but because such cynical manipulation is their ticket to political relevance.

Apart from the elite who are silent are those that misspeak by insisting that crime has no ethnicity, and law-abiding Fulani should not be made to suffer for the sins of the bandits among them. That kind of reasonableness does not gel with people because it sounds like mere political correctness from leaders who are either genuinely naïve or acutely insincere. While crime has no ethnicity, people routinely get away with certain crimes in Nigeria simply because of their ethnicity -and religion, of course. You cannot extricate the sense of self-entitlement driving the Fulani herdsmen to expropriate the lands in places like Ibarapa from the nepotist politics practised at the highest level of government. When leaders who should know better cannot directly speak to these issues, they come across as lame.

Combine all of these factors -criminal herdsmen who serially get away with perpetrating violence, a government reticent to use power to stop them, and a dubious political elite- and it is not hard to see why Igboho is popular. The feebleness of those with political power breeds the grounds for collective disenchantment with democratic forms of power. When people conclude that the architecture of political power controlling their lives and regulating their public conduct no longer has their interest in mind, they seek alternative forms of power to break through the impasses on their behalf.

That is the social context in which the likes of Igboho rise. Since he grounds his authority in the name of the people, a cult of personality is rapidly forming around him. People, already desperate for instantaneous results their government can no longer guarantee, now conjure up myths of his invincibility. It is almost amusing how many journalists too echo the conjecture that Igboho has supernatural powers. He has become the saviour of the people, the one with the gumption to override the snafus of democratic processes by going straight to the heart of the matter and forcefully extracting solutions.

It is good that the growing popularity of Ighoho pushed politicians towards seeking some resolutions. At this rate, we will need another like him to get our government to attend to issues of poverty and poor infrastructure. However, we must not get carried away. Sunday Igboho is not the solution; his activities will only breed a different set of problems. People like him maintain their popularity and relevance by keeping the pot of discord constantly stirred. By allowing him to make himself out as the solution to the herdsmen crisis, we will find ourselves beholden to a man whose thuggish activities will help him wield so much power without accountability. That is not a way a country works. Responsibility for state security is still government’s business, not that of an individual or his band of thugs, no matter how well-meaning they might be.