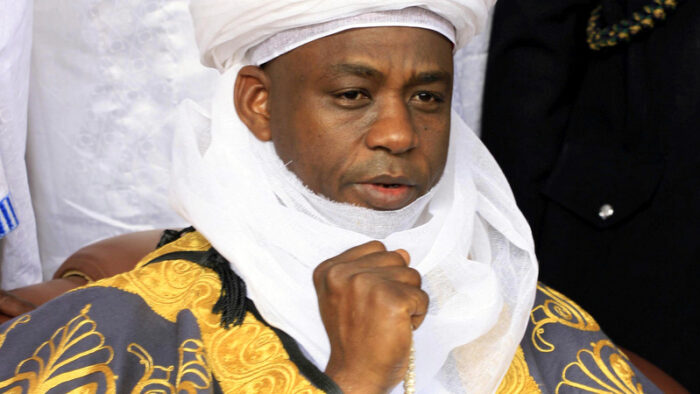 Last week Thursday, while at the fourth quarterly meeting of the Nigeria Inter-Religious Council in Abuja, the Sultan of Sokoto, Alhaji Sa’ad Abubakar, delivered a damning verdict on the abject state of insecurity plaguing northern Nigeria. According to media reports, the Sultan specifically stated that the northern region was the worst place to live in the country. This was not the first time that the Sultan would complain about the decay of northern Nigeria. In February, while at a security meeting in Kaduna, he also warned that the setting up of a security outfit, Operation Shege-Ka-Fasa, by the Coalition of Northern Groups, was another terror group in the making. In that meeting, he complained about the number of solutions they had proffered on the northern situation, but which had not been implemented by their governors and other members of the political elite.

In the light of the recent Zabarmari massacre that saw around 110 people killed in Borno State, the urgency of the worsening insecurity feels even more acute. This year alone, hundreds of people have been killed. Given what we know of Nigeria, we can take it for granted that the deaths are underreported.

Two days after the Sultan spoke in Abuja, a group of elders under the aegis of Coalition of Northern Elders for Peace and Development issued a press statement commending him for his bravery in speaking out on the deplorable state of security. Their national coordinator, Zana Goni, and the National Women Leader, Hajia Mario Bichi, stated that the Sultan had vindicated their frequent alarm-sounding on the crisis of insecurity besieging the region. While it is puzzling that stating the obvious should be considered heroic, it also reflects their relief that a high-ranking member of the conservative northern establishment is breaking what looks like an enforced code of silence to speak to issues.

Northerners are not exactly known for anti-government agitation, especially when a fellow northerner is the ruling authority in Aso Rock. We saw how this played out during the #EndSARS protests when some folks interpreted the demonstrations as an indictment of a northern president. They could have seized the opportunity to canvas the issues of insecurity that imperil their lives too, but they chose to turn matters on their head and announced their support for the status quo. Shortly after the protests, northern leaders from various spheres gathered in Kaduna to reflect on the issues around #EndSARS. What they came up with, and which they read out in their communiqué, was a poor assessment of the grim situation that ignited those protests. They gave themselves away as people who will protect tribal alliances at the expense of the nation.

However, when you piece the Sultan’s February speech together with the recent one, you also find a man frustrated with politicians who are not ready to change a thing about the dysfunctionality of northern Nigeria. Like the rest of the leadership class that plagues Nigeria, they are unimaginative, corrupt, and innately sadistic.

There is not much anyone can achieve with a set of leaders impervious to reason and progress other than just talk. While talk is useful, it can also be cheapened when it does not stimulate corresponding relevant actions. One or two more speeches like the one the Sultan gave last week, and he may end up like former Emir Muhammad Sanusi II. Sanusi talked and talked about the many northern Nigeria problems at every opportunity he got until the sharp edge of his criticisms blunted. Sanusi’s criticisms were important, no doubt, but their potential effectiveness was also circumscribed by the limits of what is possible for a traditional ruler whose legitimacy partly subsists on the upside-down world he was seeking to overturn. It also did not help that the ghosts of his hypocrisies stood on his shoulders and haunted his message. It is only a matter of time before the Sultan’s talk too gets overwhelmed by unrelenting reality.

What is happening in the north is sad, but it is not a problem whose surface can even be scratched by the “bravery” of merely speaking up. The problem in that region has much to do with the power to unleash inordinate violence that successive governments, composed of either power jobbers or moral cowards, ceded to the ordinary folks as a weapon of social control. Nigeria has always treated their right to be offended over just about anything as superseding the tenets of democracy itself and gradually institutionalised that attitude.

The scale of violence being witnessed in the region is not surprising neither is it shocking that the north has become the worst place in Nigeria—actually, one of the worst in the world—in which anyone could live. It is also not a coincidence that they suffer from gross insecurity of lives and property, along with some of the highest poverty rates in the world. Both deprivation and violence are intrinsically linked. For their religious and political leaders to effectively deprive them of their basic rights as citizens, they have had to feed them with the idea they are super citizens and above the reach of the law that binds the rest of us. The wretched of the earth that populate northern Nigeria have been allowed to do and undo, as long as the myth that they are special citizens is sustained. Some of them have taken the illusion of being above all laws beyond attacking those they perceive as cultural outsiders and are now turning against themselves. Well, it was only a matter of time before the supremacist ideology they had imbibed backfired and reduced their empires to rubbles.

For years, that region has bred a vast army of fanatics, poverty-ridden, uneducated, and prone to violence. We cannot merely chalk the high rate of violence in the north to poverty and illiteracy. Poverty and illiteracy exist in the south too, but you hardly hear them demanding that learning French in schools be proscribed or that a French coach working with a local football team be sacked because they were unsatisfied with how the French president handled the religious tension in faraway France. People who have that kind of issue need more than the proposals of solutions such as giving them the much-needed education or adding more investments to the region.

We start by dismantling the social and political structures that have facilitated their prerogative to decide who lives or dies, a belief system that now facilitates all kinds of violence. We need to reach for democratic ideologies to shatter the illusion that religion or culture gives anyone the privilege to determine other people’s right to life. You have to take away the sense of entitlement that predisposes these people to petition the Inspector-General of Police about someone’s social media commentary, and rather than the law protect their target, such a person would be at their mercy! You have to start dealing with the ingrained bad habit that has allowed them to routinely break beer bottles, and flagrantly destroy people’s business investments without any punishment. You have to forcefully stop the impunity that makes their little courts hand out death sentences for the “crime” of blasphemy, while blatantly disregarding the constitution. You have to censure those who have been emboldened enough to sentence a 13-year-old to prison for 10 years for blaspheming. In Kano, they have even graduated to the point of writing an official letter to censor language while also threatening to mount surveillance against private organisations who do not succumb to their whims.

You cannot have a society where some people constitute themselves into law and order, and not eventually descend into maniacal orgies of violence where they kill at will. The people who butchered folks at Zabarmari are not acting out of sync. What they manifested is the lower end of the spectrum of a socio-political culture that has always pampered people who believe they have a right to define other people’s humanity. If the Nigerian leadership cannot develop the backbone to confront the structures that support this sense of privilege, northern Nigeria will continue its unrelenting march towards becoming a proper dystopia.