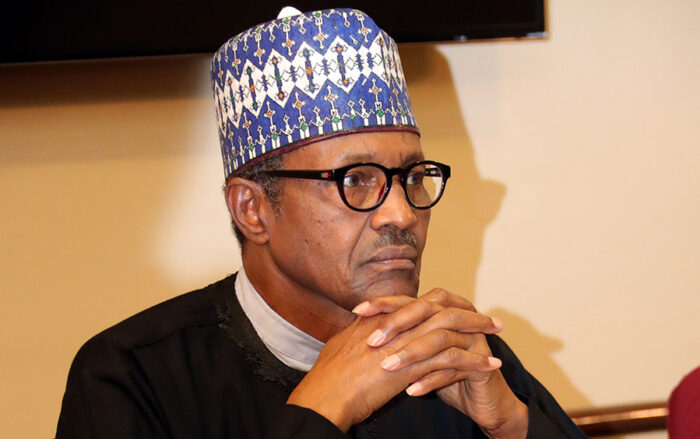 The Senate on Tuesday asked the President, Major General Muhammadu Buhari (retd.), to address the nation immediately on the current nationwide protests by youths against police brutality and bad governance.

The Senate also directed the police to offer protection to the #EndSARS protesters to prevent hoodlums from hijacking their genuine action.

The decision of the Senate was sequel to a point of order by Senator Biodun Olujimi, titled, ‘#EndSARS: The need for a comprehensive and holistic reform’.

The federal lawmakers also urged the protesters to stop their agitation on the streets while the Federal Government addressed their demands.

They also called on all tiers of government to put in place and sustain policies and programmes of socio-economic reforms that would raise the standard and quality of life of Nigerians.

Rejecting an additional prayer urging the Federal Government to deploy maximum force to dislodge the protesters from the streets, the upper chamber appealed to the government to implement all the five demands of the #EndSARS movement and protesters with necessary timelines to rekindle confidence in government.

Accordingly, it also appealed to the #EndSARS movement and protesters to suspend their actions and embrace genuine dialogue in order to give the government the time and space to meet their demands.

The upper chamber also urged the Nigerian youths and citizens to approach the National Assembly Committees on Constitutional Reforms in order to secure far-reaching and holistic amendments vital to the reshaping of the federation.

It also urged the police and other security agencies to operate strictly in accordance with the rules of engagement appropriate to a democratic environment that abhors the use of aggressive and brutal force against peaceful protesters.

Senator Olujimi had traced police brutality in Nigeria to the colonial era when the force was mainly used to suppress dissent against colonial rules.

She listed some of the documented police brutalities in Nigeria during the colonial era to include the killing of 21 miners and wounding of 50 workers during the Enugu Colliery strike of 1949; and the suppression of the women’s riot (December 1929 – January 1930) in the Eastern parts of the country.