Home Columnist PMB, this son of a teacher says thank You- By Femi... 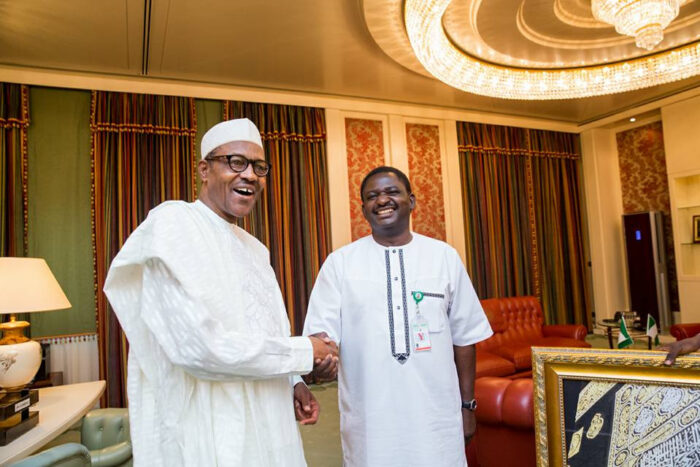 “A good teacher is like a candle-it consumes itself to light the way for others,” said Turkish statesman, Mustafa Kemal Ataturk.

And that is what teachers in Nigeria had been for ages. They burn themselves out to light the way for all other professions, and we thereafter ask them to go get their rewards in Heaven. We squeeze and suck them dry, and throw away the chaff. Goodbye basket, I’ve carried all my apples.

Till the man from Daura, Muhammadu Buhari came, and has now turned round the fortunes of teachers.

Precisely on Monday, October 5, 2020, the Buhari administration once again wrote itself into the good books of history. It gave pride of place to teaching, once described as “the profession that teaches all other professions.” A number of goodies were unfolded to mark World Teachers Day.

The President loves to be informed about matters well ahead, so that he could get adequately prepared. Many times, he tells us: “I don’t like surprises. Get me well informed earlier.” But on this issue, he surprised the whole country.

Like a bolt from the blue, through Minister of Education, Mallam Adamu Adamu, the country was told that a special salary scale was going to be unfolded for those who teach in basic and secondary schools.

Also, length of service for teachers was being extended from 35 to 40 years maximum, while retirement age would move from 60 to 65.

Still from the fireman’s bag of tricks, there would be special allowances for rural posting, science teaching, and a special pension scheme for those who had spent the better part of their lives “teaching other professions.”

Not done, President Buhari told an astounded country that there would be special bursaries for the children of teachers, who would also be entitled to automatic employments after graduation.

Heaven came down, and glory filled my soul. As son of two professional teachers, I felt the bones of my father and mother rattling in their graves, where in the words of Thomas Gray, in Elegy Written in a Country Churchyard, “Each in his narrow cell forever laid.”

My father was a veteran educationist. After a degree in Geography and Economics from Fourah Bay College, Sierra Leone, in the 1950s, he came back home to teach at Murumba College, Ile-Ife, became Vice Principal at Oriwu College, Ikorodu, Lagos, emerged the first African Principal at Saint Charles Grammar School, Osogbo, and retired from Notre Dame College, Usi-Ekiti, in present day Ekiti State.

When he went back to his Ipetumodu homestead in Osun State, to become a farmer, government did not let him be. He was appointed Chairman of the Ife Divisional Schools Board, a position he held till 1979.

Mother was also a classroom teacher, a trained one, a position she held till she retired to fully train five hyperactive boys, and two girls. Mothers are from Heaven.

Thank God for the two teachers, and the influence they had on us. My father wielded the cane with so much dexterity, and ran both the home and the school as an extension of each other. In fact, my father could not have operated in this milieu, in which corporal punishment is discouraged in schools. He would die quick of boredom.

Henry Adams, the American historian and man of letters, says; “A teacher affects eternity: he can never tell where his influence stops.” Well, that’s talking of my father. And my mother. Their influence continues to resonate in the lives of the Adesina clan, and would last from generation to generation.

Theme of the World Teachers Day, where Buhari ‘struck’ was ‘Teachers Leading in Crisis, Reimagining the Future.’ Yes, the future is being reimagined through the new policies unfolded for teachers, which are to be further fine-tuned in collaboration with states, local governments, office of the Head of the Civil Service of the Federation, the National Salaries Income and Wages Commission, as well as other agencies. There would be grey area in such momentous proclamations, and these would be ironed out.

I still run into students produced by my father in the many schools where he taught Geography, even as a principal. One told me that the grand old tutor used to draw the map of Nigeria in two minutes, and usually held the class spellbound. There’s nothing like when you are totally committed to your art.

Rewards only in Heaven? I think my father got part of his own on earth. Before he passed away in 1995, aged 70, his products at Saint Charles Grammar School, Osogbo, had congregated in our house one Saturday afternoon. Top professionals from all walks of life, they traveled from the length and breadth of the country, to appreciate their old principal. Each one had one story or the other to tell, of boyhood antics, and how Pa Adesina was up to it all. He whipped the living daylights out of them, and they were thankful for what they all became later in life.

After going down memory lane, in unison, they sang: “For he’s a jolly good fellow…and so says all of us.” They then shook his hand one after the other, saying they needed to feel the hands he used to draw the map of Nigeria in two minutes, and with which he whipped the Devil out of contumacious ones.

I was a journalist, practising at Concord Press then. I was glad I was visiting home that weekend, and saw my father being celebrated. He got part of his reward on earth, and he’s getting the rest in Heaven.

When he passed away not long after, those old students turned out to condole with the family. And when Mama (as we called her) followed 18 years after, they also honored her in death. They didn’t withdraw their kindness “both to the living and the dead.” (Ruth 2.20).

I remember my teachers across the ages. How they struggled to make ends meet. How faded and tattered they looked decades after, when they were already retired. And how they died unsung, some while on queue for their paltry pensions in the scorching sun. Not anymore, with the new policies from President Buhari. Thank you, Mr President. We the children of teachers know what this means. It’s a new day, a new dawn for teachers. Thank you for not withholding your kindness to those who affect eternity, the professionals that teach other professions.

Chairman, Nigeria Union of Teachers, Lagos State Branch, Mr Adedoyin Adesina, applauded the new pronouncements, saying; “it is a welcome development because when teachers spend more years in their work, they age with grace and become more experienced to give their best. Indeed, the decision would change the face of teaching in Nigeria, because teachers have not been catered for by past administrations.”

President Buhari, we are glad you came this way. We the children of teachers sing: For he’s a jolly good fellow…and so say all of us.

*Adesina is Special Adviser to President Buhari on Media and Publicity.