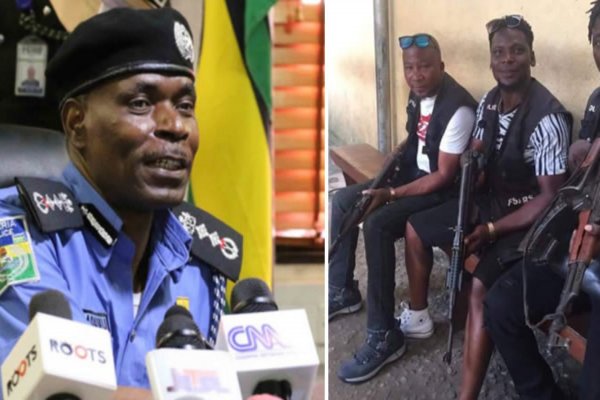 The Inspector General of Police Mohammed Adamu has reportedly directed that all tactical squads of the Nigeria Police should stand down, stand back and stay away from Nigerian streets and desist forthwith from carrying out routine patrols, stop and search duties, traffic checks and mounting of roadblocks.

The tactical squads include the notorious Federal Special Anti-Robbery Squad (FSARS), the Special Tactical Squad, Intelligence Response Team, Anti-Cultism Squad and others – all ad-hoc units of the Nigeria Police created to serve one special purpose or the other. When the Special Anti-Robbery Squad was created in 1992 under the Ibrahim Babangida Administration, it was a child of necessity, with just 15 officers, but it has since then grown into a rogue unit of the Nigeria Police with an incorrigible reputation for brutality, violence, extra-judicial killing and human rights abuses. This has since prompted many Nigerians to call for a complete disbandment of the Squad. Four times in the last four years, one Inspector General of Police after another has tried to reform or restrain the Special Anti-Robbery Squad. Each time directives relating to Standard Operating Procedures, and Rules of Engagement are issued, they have been ignored.

The so-called tactical squads of the Nigeria Police have not succeeded in checking the crimes of kidnapping and armed robbery, but they have consistently used the uniforms they wear to commit crime, kill and maim and terrorize Nigerians. They have not done much to improve confidence in the Nigeria Police. Nigerians who have been unfortunate to encounter them think that they are extortionists, thieves and thugs. Many of them don’t even bother to wear uniform, making it difficult to distinguish between them and hoodlums. They set up roadblocks and target young men and ladies. They seize phones and treat every one as a criminal. They harass the public. Whoever tries to insist on his or her right risks instant assassination, or a bullet in the groin. What is the guarantee that the latest directives by the Inspector General of Police will be enforced?

There is nothing contained in the Inspector General’s statement, issued on his behalf by the Police Spokesperson and amplified by the Presidency, that we have not heard before. Nigeria is probably the only country in the world where the country’s Number one policeman will issue a policy directive and he will be ignored by his own lieutenants and foot-soldiers and nothing will happen. We have a Police institution it seems, where nobody is actually in charge. The problem is not the lack of vigilance on the part of civil society. Many stakeholders have called for better policing. The catalyst for the latest public outrage is the attack on a young man in Ughelli, Delta State. The IGP has made the usual noise. He must be held down to his words. The starting point should be a thorough investigation of the report of police brutality in Ughelli, and similar cases, and clear indication that the Police under IGP Mohammed Adamu’s watch takes discipline seriously. In addition, every policeman involved in any act of brutality must be sent to a mental health facility.