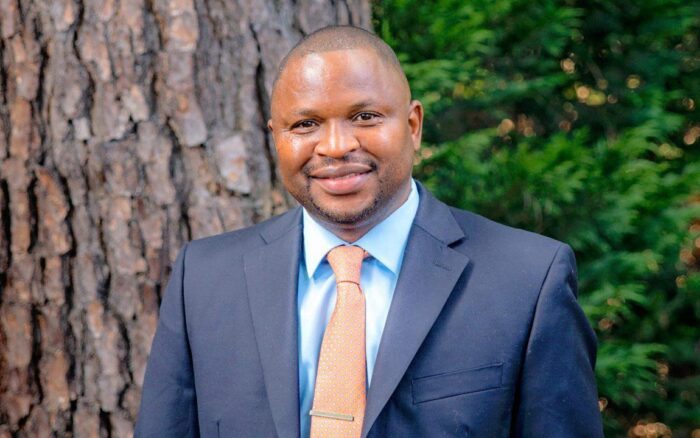 The poor in Nigeria are continually stripped of subsidies that subside the existential hurt that comes with living in the poverty capital of the world.

Petrol subsidies are particularly enduring emotional blackmail weapons against the poor by people in government.

Since 1970 when Yakubu Gowon increased the pump price of petrol from 6 kobo to 8.45 kobo, subsequent Nigerian governments have always insisted that subsidies are unsustainable and must be removed for the “benefit” of the people it helps!

Just when you think they have finally removed the last “subsidies” and would now  grant the masses freedom from the emotional blackmail of being told that they are undeserving beneficiaries of government’s unjustifiable benevolence, they tell us again that they need to remove what they had told us they had removed. They interminably guilt-trip an already distraught and beleaguered population.

But, as I did four years ago, it’s time we changed the conversation. Let’s turn our gaze to the walloping subsidies that pay for the hedonism of Nigeria’s notoriously self-indulgent elite, shall we?

While Buhari said “no kobo” of Nigeria’s foreign reserves would be used to import food and fertilizers for the country  in spite of food shortages that have necessitated Nigeria begging for maize from its neighbours, he and his family members routinely go abroad for medical treatment for their littlest ailments and use the planes in the presidential jet for even non-official domestic and international travels.

According to a November 17, 2015 statement from the presidency, there were 10 aircraft in the presidential fleet, which cost more than 2 billion naira to maintain in just six months.

After public outcry in 2016, which I helped to amplify, the presidency said it had put two of the 10 presidential jets on sale to “cut down on waste.” I turned out, as I correctly guessed then, that it was all a subterfuge. No jet was sold.

The British Prime Minister had no dedicated fleet of aircraft until 2016 when a plane was purchased for the Prime Minister (and “other ministers and senior members of the royal family when they travel on official engagements”) at the cost of $15 million.

That’s about how much it cost to maintain Nigeria’s presidential fleet between May and November in 2016, according to the presidency.

Hundreds of billions are allocated every year to finance the feeding, travels, medical bills, brand new cars, and even sewage disposal of people in the presidency.

Now compare this to America, the world’s wealthiest nation. American presidents pay for their own food from their pocket. As Gary Walters, a former White House Chief of Staff, told the (London) Guardian, “All those things that are personal in nature that we all pay for, the first family pays for.”

“It’s just the tradition that it’s continued on through time that the president will pay for their own food and, I guess, if they needed something for the house that was personal. Toothpaste, cologne or whatever,” William Bushong, a White House historian, told the Guardian.

Wife of President Ronald Reagan was shocked when she discovered that she and her husband had to pay for all their personal needs. “Nobody had told us that the president and his wife are charged for every meal, as well as for such incidentals as dry cleaning, toothpaste and other toiletries,” she was reported to have said in 1981, according to the Guardian.

If the world’s wealthiest country doesn’t subsidise the personal expenditures of its first families, why do Nigerian budgets earmark billions for the convenience of the first family but talk of “sacrifice” and being “broke” when it comes to giving subsidies to the poor?

The Presidency isn’t the only usurper of subsidies, of course.

The crooked, ineffectual, and rubber-stamp National Assembly routinely allocates billions of naira to itself for renovations, wardrobe allowances, and even what it calls “hazard allowances”!

Nigeria’s subsidy regime is a classic case of taking coals to Newcastle, that is, giving assistance to people who don’t need it and depriving it of people who desperately need it to survive.

As I pointed out more than four years ago, in Nigeria, there is a concentric circle of privilege and subsidy regimes. At the core of this circle are elected and appointed government officials—the president, vice president, ministers, numberless coterie of aides and hangers-on, and so on; members of the National Assembly and their aides; governors, their deputies, commissioners, members of state legislatures, etc.; and local council officials.

At the second layer of the circle are a whole host of private sector intermediaries, including fuel subsidy scammers nicely known as fuel importers, who act in cahoots with key elements (or their representatives) in the core circle to swindle the nation to pay for their privileges.

The next layer is composed of middle-class elements of various stripes who are reasonably buffered from the blows of the political and intermediary classes and whose sympathies vacillate between the oppressors and the oppressed depending on their mood.

At the peripheral layer of the circle are the masses, the great unwashed, who perpetually writhe in the misery inflicted upon them by people in the first two layers of the circle.

People in the first two layers of the circle have historically been jealously protective of their subsidies. They consume a disproportionate percentage of Nigeria’s resources, and leave only the remnants to people at the lower end of the circle.

When you hear “Nigeria is broke,” it usually means the subsidies that finance the inordinately lavish lifestyles of people at the core of the concentric circle of subsidy regime are financially threatened. It means, in essence, that remnants that keep the masses in check in the form of salaries are drying up, which might instigate a revolt.

So what to do? They tax the poor to pay the poor. They rip them off to fund the remnants that keep them in check! That’s why only the poor are called upon to “sacrifice” in moments of economic distress, and why they are perpetually told “subsidies” must be removed from them.

The truth, of course, is that if the toads ensconced in the inner sanctum of the concentric circle of subsidy regime give up just a little bit of their privileges, there would be no need for the steep fuel price increase being rammed down the throats of people already condemned to the margins of society.

If members of the Nigeria political class are serious about “sacrificing,” in light of the fact that the country is “broke,” they should first give up their own “subsidies.”

Nigeria has enough for everyone’s need but not enough for the political elites’ greed.