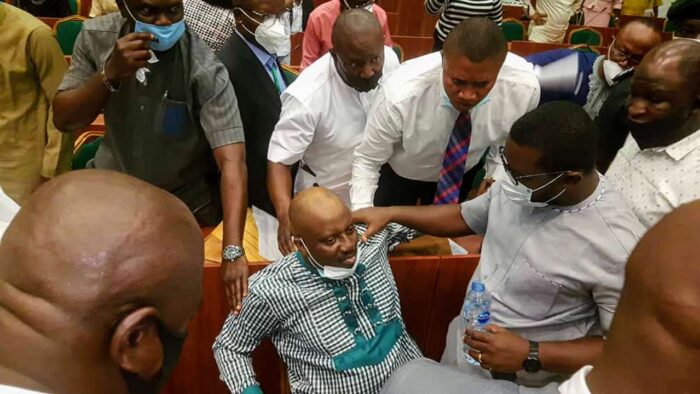 First of all, let me put my cards on the table: I am a friend of the Niger Delta region. Some of my dearest buddies come from that region. Chief Edwin Clark is like a father-figure to me; a mentor, counsellor and confidante. The late Ken Saro-Wiwa Jr, 1968-2016, was one of my dearest friends. Together, we used to discuss the struggles of the peoples of the Niger Delta for liberation from the stranglehold of oppression, exploitation and marginalisation. He confided to me that he and his father had a rather difficult relationship. The struggles and suffering of his people brought them back together. It took such a heavy toll on the family. His younger brother died on the sporting fields of Eton College. When Junior talked of his father, tears always welled to his eyes as though it happened only yesterday. He himself died suddenly of stroke in London on October 18, 2016. I believe he died of a broken heart.

As a strategy adviser to the Middle Belt Forum, I have worked closely with the Pan-Niger Delta Forum, and cultural groups such as Ohanaeze Ndigbo and Afenifere of Yoruba land to strengthen the unity and solidarity of our peoples.

Since the first oil well began operation in Oloibiri in 1956, the Niger Delta has never known peace.  Between 1970 and 2019, more than US$1 trillion accrued to federal coffers. My colleagues at the African Development Bank have done some statistical estimates showing that more than US$400 billion of this money cannot be properly accounted for. Through financial haemorrhaging, capital flight, over-invoicing, dubious contracts and outright theft, most of our patrimony has been drained away. We are far poorer as a people today than before oil. The petrodollar rentier political economy that we have operated for about a half-century has proved to be highly destructive. It has led to violence and resource conflict. It has engendered immiserisation of millions of people. Gas flaring has produced disastrous ecological results.  Oil has fostered a false sense of entitlement without responsibility.

All right-thinking Nigerians therefore supported the creation of the Niger Delta Development Commission, as part of a comprehensive development strategy to ensure recompense and hope for the nine oil-producing states of the Niger Delta: Abia, Akwa Ibom, Bayelsa, Cross River, Delta, Edo, Imo, Ondo and Rivers. Billions and billions of naira have been poured into the commission, with little or nothing to show for it. It has been estimated that, from its creation in 2007 to year’s end 2019, the NDDC had cumulative disbursements of the order of magnitude of N1.534 trillion. 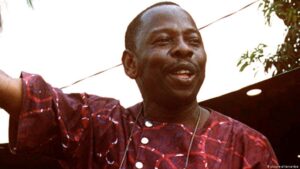 The recent revelations about the financial bloodletting in the NDDC has once again brought shame to our country. It has been alleged that the commission spent a whopping N80 billion between January and May this year alone. The advocacy group, Act for Positive Transformation Initiative, has petitioned the leadership of the National Assembly alleging staggering financial scandals in the commission, involving backhanders, undue enrichment, fake projects and illegal bank transfers into private bank accounts.

It is evident that the current expenditure model of the NDDC is not working. The 47 million peoples of the Niger Delta remain as impoverished as ever. Money meant for development projects is being siphoned off into private coffers. What is ongoing is nothing short of brazen stealth and pillage on a staggering scale. The Marxists call it “primitive accumulation”.

Some well-meaning people of the Niger Delta have argued that their leaders steal Niger Delta money, it should be nobody’s business. Some even argue that oil bunkering is legit business because the oil is theirs anyway. Such arguments are dangerous. Criminality of any kind must be punished regardless of its provenance. When we tolerate thieves on the specious reasoning that “they are own sons of bitches”, we would sooner than later find out that such behaviour erodes the spirit of our laws and eventually leads to the collective debasement of morals.

The current leadership and management of the commission look like a conclave of gangsters.  Those known to have defrauded the commission must be brought to book. Sadly, the investigations in the National Assembly appear in the manner of a Shakespearean drama in three acts: first as comedy, then as tragedy and finally as farce. The story emerging is that some of the members of our parliament are deeply implicated in many of the shady contracts for which the commission has become notorious. The picture of the acting Managing Director, Professor Daniel Kemebradikumo Pondei, fainting during questioning in the House of Representatives was disgraceful. The man, I understand, is a professor of medicine. A man who cannot stand on his own two feet and answer straightforward questions is unfit for public office; and certainly, unworthy of his calling as a professor of medicine.

These days, it seems that every suspectef person feigns cardiac arrest during questioning. Former Senator Dino Melaye also fainted during arrest by the police. He later confessed that he had been play-acting all along. No surprise, he is now looking to start a new career in Nollywood. Olisa Metuh, a chieftain of the People’s Democratic Party, arrived court in a stretcher, claiming illness. Former oil minister Dieziani Alison-Madueke pleaded cancer when nemesis caught up with her. Disgraced former judge, Justice Rita Ngozi Ofili-Ajumogobia, collapsed in court during her trial and had to be rushed to hospital.

Well, I am told that the justice system within the Nigerian military can be so rigorous that even the corpse of a soldier under court martial can be dressed up in uniform and brought to trial. High officials who bleed our country dry must never be left off the hook just because they feign cardiac arrest during a trial. We need to amend the rules of judicial procedure so that a trial will continue even when a suspect feigns illness. Any refusal to answer a judge’s question or a cross-examination by the prosecutor must be presumed to amount to acceptance of guilt.  These games being played by the elite who have defrauded the state must no longer be tolerated.

Going forward, it goes without saying that the NDDC cannot be allowed to continue in the form of the wanton bazaar that it has become. First, its statutes should be amended to ensure that no more than 20 per cent of its funds can go to operational costs. The rest must go to real and identifiable projects. The ones that come immediately to mind are: roads, power projects, housing, schools and clinics. There should be a scholarship scheme for all the children of the Niger Delta up to undergraduate and postgraduate levels.

Lastly, I think we must completely scrap the Federal Ministry for Niger Delta Affairs. It is not only a wasteful duplication of functions, it also fosters the penchant for political meddling for which our Byzantine bureaucracy is so notorious.  The NDDC board and management should directly be answerable to the Presidency and no one else. We must never forget that the NDDC was created precisely to address the issue of injustice against the peoples of the Niger Delta. It would amount to a double tragedy to allow the commission to become itself an embodiment of criminality and injustice.