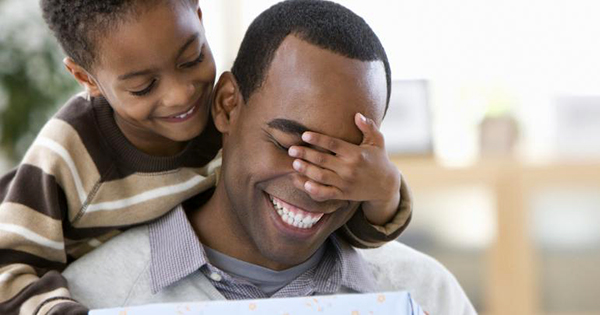 Nigeria suffers a crisis of the male gender. The lobotomised male was manhood’s dirty secret. It’s not much of a secret anymore, however.

Culturally benumbed to maleness, he loiters at ethical crossroads. He struggles “to be a man” while juggling traditional and liberal precepts of his becoming.

Essentially, he must unlearn norms and notions of manhood. To unlearn what makes him man, however, is to fall, fatally. His fatal fall is a consequence of losing his role as the lead, in the gendered mating dance.

But he can blame no one for falling for female belly magic. It’s a consequence of being smitten by woman’s uncanny being.

Picture, for instance, the pathetic case of a southwest governor whose masculinity was challenged and cancelled out by his wife, in their youth.

The wife, to the chagrin of the governor’s relatives, claimed to have lobotomised him. State House legend contends that Madam First Lady continually boasts to aides and peers that she is the de facto governor of the state.

Her husband, His Excellency, reportedly found in her, a mentor and sex vixen in their youth. Consequently, she placed him on a leash of cash, connections, and sexuality grooming, she bragged.

Now, stunted in full bloom, His Excellency is being kept as a parlour pet by his wife. The consequences of his failing, however, manifest dangerously on their ward(s) and poor citizenry of the state, who are forced to endure his effeminacy and inefficiency. Growing up, Mr. Governor lacked the presence of a worthy father-figure, it would seem.

Masculinity flows from nature as an aspect of the birth mother, no doubt, but it is sculpted by society and a father figure into effective manhood.

The boy-child learns by instruction, counselling, and imitation. The father moulds his character by careful nurturing, awarding punishment for vice, and reward for virtue. So doing, he teaches him to be a man within acceptable precepts of culture and society.

Whatever the bent of the boy-child’s evolution, his resultant blooming reflects the quality of guidance he received as a child and his experiences through adolescence. Thus the maxim: The child is the father of the man.

Of course, there would be no man without the pivotal nurturing from the womb through lactation and the priceless sacrifice of a birth mother.

Hence the child is caught in a swirl of historical indebtedness to his mother. Fathers earn such allegiance by the magnitude of their immersion into the role of father, breadwinner, protector, provider, and hero, in ideal circumstances.

Manhood, encumbered by their debt to a physical mother through birth, and to the significant female other through romance, procreation and uxorial labour, created an alternate reality in which they could repay their debts by protecting women and fending for their needs.

Woman, at first placid in man’s protections but now inflamed via feminist-misandry with desire for her own illusory freedom, invades man’s systems and corrupts them by starting a gender war and rewriting man’s origins.

Thus the corruption of Gender Studies and its fallacy that gender is a social construct. Overdosing on theoretical dope, the feminist-misandrist channels juvenile rage to usurp man’s roles at home and in the society.

The manifestations are all around us as subtle and aggressive messages of misandrist campaigns at work, in the arts, literature, and media. Consider too, the periodic conferences of Nigerian and African women on professional and sociopolitical platforms.

These fora have become a thing, mostly tailored to improve the lot of the female from high school students, undergrads, boardroom titans to housewives. This deserves applause.

It may be decently inferred too, that Nigeria’s female folk deservedly dominate literary publishing as writers, critics, readers, and publishers. The genres of literary fiction and chick-lit are particularly dominated by female narratives.

Where the writer isn’t female, he must present a female protagonist and patronise feminist or misandrist perspectives to enjoy acceptance and literary acclaim, oftentimes.

Of course, there is nothing wrong if the protagonist is female, its the tenor and intent of the narrative that becomes cringe-worthy. Yet art must mirror reality, some would argue.

How real and didactic are the narratives? Consequence-free promiscuity, lesbianism, transgenderism, misogamy, and outright misandry are common themes.

Even the brilliant motifs of self-actualisation and financial independence of the woman are often weaponised and tailored for the random sex, lesbianism, misandrist wonderland.

The movies are a different kettle of fish entirely as the highlighted themes are aggressively cued into plots of numerous ‘blockbusters’ and social dramas.

Kudos, however, to Stephanie Okereke, whose movie, Dry, addresses the challenges of child marriage in progressive, resonant reels.

While it is inspiring to see the Nigerian woman assert herself and take the lead in the gender politics and plots of her becoming, it is saddening to see our males stew in criminality and ignorance.

The concept of authoritative, strong, independent, passionate, and intelligent manhood is persistently repudiated except it serves the misandrist cause.

So when a young boy reaches the age where it’s appropriate for him to be initiated into manhood, we find the whole idea of “reaching manhood” laughable.

Yet while the successful woman mentors protégées and aids their growth, her male peer, in contrast, breeds protégés as thugs, treasury looters, assassins, terrorists, arsonists, internet hooligans, to mention a few.No man should blame the woman for stealing his thunder.

The modern woman asserts her dominion in culture, sex, and gender politics, and her campaign is heavily funded too, by international NGOs seeking to destabilise the African family and social space.

Of course, the Nigerian woman is game, craftily straddling the politics of influence, while decisively tossing the man in his place. But what really is the Nigerian man’s place? Confusion leads to grave consequences.

Confusions about masculinity have led to a situation whereby Nigeria is afflicted by men who do not know how to be men.

The predominantly male political and business classes, for instance, comprise amoral men, and weaklings, whose claim to renown subsists in predatory policies and transactions; then perverse sexuality and whoredom. This shady manhood persists in the shadowy middle class to the boondocks.

There are very few models of fatherhood in the country at the moment. Many men have ceded their roles to their wives, who in turn, have ceded motherhood and their inherited roles as fathers, to their wards’ teachers, pastors, neighbours, house-helps, and extended family members.