Home Columnist How close are we to a coronavirus vaccine? All you need to... 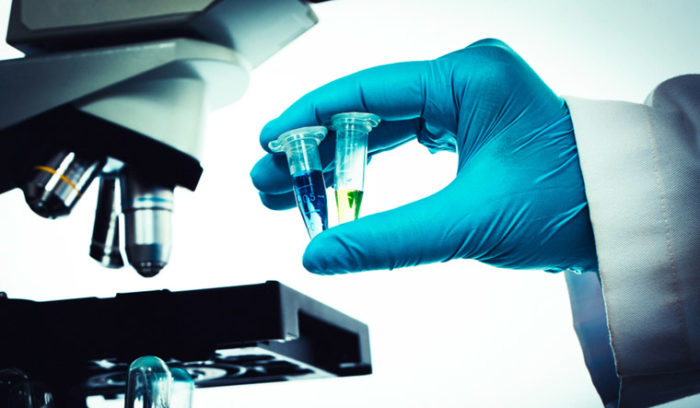 Come July, multiple experimental coronavirus vaccines will be subject to large-scale studies to find out whether they can really fend off the coronavirus, as the global vaccine race kicks up another notch. Moderna Inc, Chinese Sinovac Biotech and Oxford-AstraZeneca experimental vaccines are all expected to go into late-stage trials in the coming month.

What are its implications? Take the case of the Moderna vaccine candidate, jointly developed by the US National Institute of Health (NIH) and Moderna Inc. Its primary test results in May were publicised as “highly promising”. Healthy volunteers (a total of 45 in a safety trial), who each received two doses of the vaccine, made antibodies (proteins produced by the immune system to neutralise pathogens like virus and bacteria) that were then tested on human cells in the lab; those were able to stop the virus from replicating, which is a key requirement for an effective vaccine. The company said it has finished enrolling 300 younger adults in its second stage of testing, and has begun studying how older adults react to the vaccine.

In July, the experimental vaccine will be tested on 30,000 volunteers—some given the real shot and some a dummy shot. Moderna said it already has made enough doses for the pivotal late-stage testing.

But, the virus has started tapering off in parts of the world. One problem faced by the companies in their crucial, late-stage testing are the number of volunteers required. With far fewer COVID-19 cases in China, the country’s Sinovac Biotech turned to Brazil, the epicentre of Latin America’s outbreak, for its final testing. The government of Sao Paulo announced Thursday that Sinovac will ship enough of its experimental vaccine to test in 9,000 Brazilians starting next month.

“If all goes well, there will be potential to get answers on which vaccines work by the end of the year,” news agency AP quoted John Mascola, who directs NIH’s vaccine research centre.

Sinovac’s vaccine is made by growing the coronavirus in a lab and then killing it. The so-called ‘inactivated’ vaccines are tried-and-true, used for decades to make shots against polio, flu and other diseases, giving the body a sneak peek at the germ itself. But, growing the virus is difficult and requires lab precautions.

Some 9,000 Brazilians will participate in tests beginning in Sinovac’s late-stage trials starting July, representing the third and last stage of testing before distribution. If the vaccine is effective, it will be produced in Brazil. Sao Paulo Governor Joao Doria said the vaccine could be available in the first half of 2021.

The vaccine made by the NIH and Moderna contains no actual, attenuated virus; rather, it is an mRNA vaccine. Those shots contain the genetic code for the aptly named spike protein that coats the surface of the coronavirus and gives it the signature shape.

That is, Moderna’s mRNA-1273 candidate is encoded with the mRNA (messenger RNA, which consists a genetic code) instructions for the coronavirus’s signature spike protein. Thus, human cells create the foreign protein, alerting the immune system, and help the body recognise the entry of the virus in all its forms. The mRNA vaccine is easier to make, but it is a new and unproven technology.

The company said in a statement: “Moderna has finalized the Phase 3 study protocol based on feedback from the US Food and Drug Administration (FDA). The randomised, placebo-controlled trial is expected to include approximately 30,000 participants enrolled in the US. The company remains on track to be able to deliver approximately 500 million doses per year, and possibly up to 1 billion doses per year, beginning in 2021 from the company’s internal US manufacturing site and strategic collaboration with Lonza.”

This is UK’s biggest COVID-19 vaccine project, currently being tested by the University of Oxford. The vaccine will be tested in Brazil in the coming month. Some 2,000 Brazilians will be selected to participate in Sao Paulo and Rio de Janeiro, in a project coordinated by the Federal University of Sao Paulo. British drugs giant AstraZeneca had struck up a “landmark partnership” with the Oxford University team and said that 100 million doses could be made by the end of the year if the trials prove successful.

The vaccine candidate AZD1222, according to AstraZeneca, uses a “replication-deficient chimpanzee viral vector based on a weakened version of a common cold (adenovirus) virus” that causes infections in chimpanzees and contains the genetic material of SARS-CoV-2 spike protein. After vaccination, the surface spike protein is produced, priming the immune system to attack COVID-19 if it later infects the body.

AstraZeneca has struck a deal with Europe’s Inclusive Vaccines Alliance to supply up to 400 million doses of an experimental COVID-19 vaccine. The agreement struck Saturday aims to make the vaccine available to other European countries that wish to take part.

Culled from The Week