Home Columnist Gambari: Embrace and alienation of an outsider on the inside 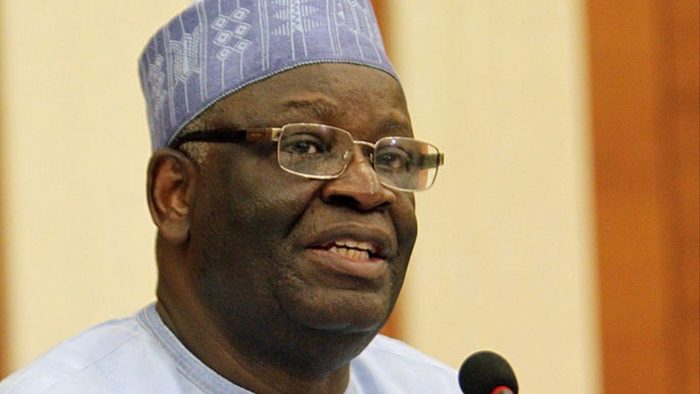 Professor Ibrahim Agboola Gambari, Buhari’s new Chief of Staff, appears to be catalyzing a lot of motion in the Presidential Villa in ways that were not typical when Abba Kyari held sway. Buhari, for instance, had a meeting with his estranged benefactor T.Y. Danjuma, and with Sokoto State governor Aminu Tambuwal, for the first time in a long while.

There’s also talk that Nigeria’s corrupt and incompetent service chiefs who have been overdue for retirement since at least 2017 but who had been kept in service by Abba Kyari against every known public service convention might finally be relieved of their appointments.

Sure, these are mere motions, not movements, but in a regime that has been defined by its remarkably stultifying stagnancy for five years, motions— or even notions of motions—are welcome departures from the norm.

In my first public reflection on Gambari’s appointment as chief of staff, I noted that, “The only silver lining I see is that he probably won’t be as lazy as Abba Kyari was. Kyari was an indolent, self-absorbed presidential gatekeeper who allowed files that required urgent presidential attention to gather dust and who attended only to issues that feathered his nest.

“I hope Gambari would at least bring his considerable experience to help lubricate the rusty wheels of governance even while doing the bidding of his benefactor(s).”

I get the sense that, at least for now, my optimism wasn’t entirely misplaced. Since Buhari has shown that he is usually only as good as or as bad as his closest babysitters are, Gambari may well help give a spark of life to the transparently dead Buhari regime.

Nevertheless, I pointed out in my May 16, 2020 column titled “Real Reason the Buhari Cabal Picked Gambari as CoS” that Gambari’s linguistic “handicap” in the Hausa language would ensure that he isn’t sufficiently close enough with Buhari to have any meaningful interpersonal relationship with him. That, I said, would whittle way the influence of his office.

That evidence emerged last week. A source that had told me that Gambari would at best be an outsider on the inside— and who is familiar with Gambari’s simultaneous embrace and alienation in the Villa—called my attention to an exclusive news story in the Daily Trust of May 25, 2020. Titled “How Buhari’s Chief of Staff, Gambari facilitated removal of TCN boss,” the story detailed the behind-the-scene maneuvers that resulted in the firing of the Managing Director of the Transmission Company of Nigeria by the name of Usman Gur Mohammed.

Tucked somewhere in that story is this telling paragraph: “The Special Assistant to the President (President Secretariat), Sabi’u Yusuf, the same day, wrote a letter referenced PRES/65-I/COS/3/750, addressed to the CoS, Prof. Gambari, conveying Buhari’s approval of his earlier memo.”

In other words, unlike Abba Kyari who had a direct access to Buhari and whom Buhari said all ministers should meet if they wanted anything from him, Gambari has an intermediary between him and Buhari. And it isn’t just any intermediary; the intermediary is Buhari’s blood relative whom my November 23, 2019 column titled “Government of Buhari’s Family, By His Family, and For His Family” exposed.

Here is what I wrote about Sabi’u Yusuf in the column:

“2. Sabiu‘Tunde’ Yusuf. He is Buhari’s Private Secretary. Don’t be deceived by the “Tunde” in his name. It’s just a nickname, probably inspired by Tunde Idiagbon, Buhari’s deputy when he was a military dictator. Sabiu is the son of Mamman Daura’s full biological sister by the name of Hajia Halima (more popularly known as “Hajja Madam” in Daura) who died last year. As you should know by now, Mamman Daura’s sister is Buhari’s niece since their father (Dauda Daura) is Buhari’s much older half-brother.”

“Sabiu, who is in his 30s, is one of the most powerful people in Nigeria today. He determines who sees and who doesn’t see Buhari. Only Mamman Daura and Abba Kyari can overrule him.  By several accounts, he is now a multi-billionaire, although he had no formal work experience before Buhari became president. He used to sell phone recharge cards in Daura until 2015!”

What has happened after Abba Kyari’s death is that Mamman Daura, Buhari’s emotional and intellectual prop who actually “owns” this regime, has chosen to not share substantive power with any non-blood relative again. He got burned by Abba Kyari whom he introduced to Buhari many years ago.

He also didn’t trust BabaganaKingibe, a member of the cabal, to succeed Abba Kyari because of Kingibe’s well-earned notoriety for treachery. Isa Funtua, another member of the cabal, publicly said the office of the Chief of Staff to the President was beneath him. I doubt that Mamman Daura would have supported Funtua’s aspiration even if he desired the position because Funtua’s linguistic and geo-cultural affinities with Buhari might cause him to get as close to Buhari as Abba Kyari was.

The real Chief of Staff to Buhari is Sabi’u “Tunde” Yusuf (of course, acting on Mamman Daura’s behalf) while Ibrahim Gambari is only the public face of the office— with some legroom to do the most obvious official requirements of his job.

In 2018, during Daily Trust’s 20-year anniversary, several people shared with me screenshots of some cover stories I wrote for the paper when it was a news weekly in the late 1990s. Looking at just the headlines on the front page of the screen shots reminded me of how we got here.

The first screen shot I looked at was from July 16, 1999. The cover story, which I wrote, was titled, “Golden Handshake: New Face of Corruption in Nigeria.” The first thing the headline remined me of is the endemicity of corruption right from the nascence of the current return to “democratic” rule. The military gave out billions of naira of public money to themselves and to politicians who served them in what was euphemistically called a “golden handshake” for their “services.”

The screenshot also reminded me of the misplaced confidence many people had invested in Obasanjo to confront corruption, and it was captured by a headline we promoted on the front page: “Corruption will fight Obasanjo—Dr. Bala Usman.”

Just like during the first few months of Buhari’s assumption of office, people actually genuinely thought that Obasanjo was going to institute a scorched-earth, no-holds-barred policy against corruption. He not only disappointed us; he was himself enmeshed in allegations of corruption.

For my cover story on the “new face of corruption,” we interviewed the late intrepid and intellectually fertile Dr. YusufuBala Usman who, believing that Obasanjo was determined to root out corruption, said corruption would fight Obasanjo.

He was the first person to popularize the expression, “If you fight corruption, corruption will fight back.” Nuhu Ribadu, who adopted the expression without giving credit to its originator, led a thoroughly compromised, one-sided anti-corruption fight in the service of Obasanjo’s personal and political interests. (His record is now being beaten by the shady, barely literate buffoon called Magu).

Now the unimaginative, intellectually impoverished Buhari minions on and off social media mouth the expression as if it originated in this tragicomically corrupt Buhari government.

The second screen shot from July 2, 1999 shows that the provincialization of security appointments is an “original sin” of our current republic. Like Buhari who ensured that the first DSS boss he appointed was from his hometown, Obasanjo also ensured that his “homeboy” became the “SSS boss.”