Home Columnist Beware the fires of hell – By Sonala Olumhense 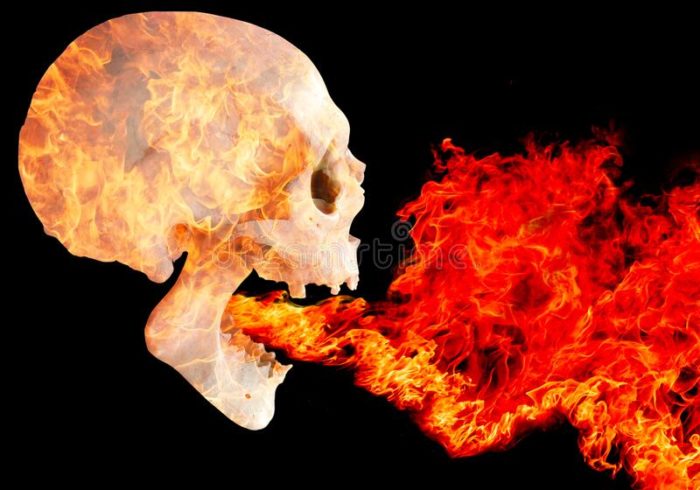 Sadly, the Nigerian government continues the combat with the United States over its alleged intention to pay $100m of over $321m in Abacha loot to Kebbi State governor Atiku Bagudu, a former Abacha collaborator and friend of President Muhammadu Buhari.

The American public is aghast that Buhari somehow finds this to be an option. But the latest entrant in the fray is Senator Chuck Grassley, who does not even want the money returned at all, citing Buhari’s poor human rights record.

US legislators have been involved for a long time in how Nigeria uses public funds.

In December 2005, following the debt deal between Nigeria and the Paris Club of creditors, 18 members of the Congress demanded that the US return its share of the $12.4 billion to be paid by Nigeria in return for the $18bn debt cancellation, citing the country’s “unjust and unpayable debt burden” as one of the world’s most impoverished.

Nigeria, they affirmed, should be spending on health, not debt.

“One in five children does not live to the age of five,” they observed. “In Nigeria, 2,500 children are dying needlessly every day from preventable diseases and more than 300,000 Nigerians die each year from HIV/AIDS.”

They further quoted Jeffrey Sachs, a Columbia University Professor and Special Adviser to the UN Secretary-General who had advocated that the donors return the money to Nigeria altogether, arguing: “Twelve billion dollars in Nigeria could go a long way towards saving children, provide immunisation, healthcare, education…”

And citing the US’s stated commitment to poverty reduction in Africa and Nigeria’s need to invest all the funds possible to address poverty, they proposed that the funds to be returned to Nigeria be channelled through the Virtual Poverty Fund of the World Bank, thereby ensuring the oversight of the US, civil society and the international community.

That intervention did not happen, but a more fundamental one, which infused $1 billion annually into fighting poverty in Nigeria, did. That was the Debt Relief Gains or (DRG) of US$1 billion annually to Nigeria arising from the debt deal, Nigeria committing itself to ‘spending the DRG on pro-poor programmes and projects’ towards achieving the United Nations Millennium Development Goals (MDGs).

One billion dollars. Per annum.

The plan attracted the collaboration of Professor Jeffrey Sachs, and the energetic leadership of Amina Mohammed—now Deputy Secretary-General of the UN—in a scheme that began with the concept of Millennium Villages Project (MVP) to end extreme poverty in Africa.

I am sure Nigeria—or Ms. Mohammed, who was appointed by President Olusegun Obasanjo as Senior Special Assistant on the MDGs—was not difficult to persuade about this. What could have been better than a brilliant Columbia University Professor and UN Advisor claiming he could model a handful of African villages to prove how Africa can “develop”?

Sachs drove with—and was driven by—the Millennium Villages Handbook, a 147-page manual he had written with some 27 other academics in New York, loaded with turn-by-turn maneuvers about how to nail poverty in Africa “once and for all.”

The “Big Plan” launched in 2006 in 12 villages across Africa, with Ms. Mohammed deploying the first of several billion dollars she would command into the Umaru Yar’Adua and Goodluck Jonathan administrations.

AS well-meaning as Sachs may have been, his scheme proved unworkable, winding up formally in 2015. But Ms. Mohammed, having swallowed the bait, defended it, although little evidence was available in Nigeria of such villages, as I explored previously, let alone their success.

In her view, the scheme was effectively fighting poverty.

“The government of Nigeria is using the billion dollars per annum that it receives in debt relief to take this project to scale,” she wrote in Huffington Post.

Really? That “scaling-up” was not even designed until 2010, as confirmed by researchers of the University of Manchester in April 2019 in “The rise and fall of the Conditional Grant Scheme.”

This means that in Ms. Mohammed’s first five years in charge, the MVP alone consumed about $5bn. Notice that for just those five years, that amount is well over twice returned Abacha loot that has similarly disappeared in the hands of various governments since 2004.

And as in the case of the repatriated Abacha sums, the question is: WHERE were they spent? What lives did $5bn affect or change?

In July and August 2012—just months after Ms. Mohammed published her article, but not in Nigeria—Premium Times published a series of investigations it headed “Massive MDG Fraud,” in which it unearthed how the MDAs feasted on those funds, including how officials of the health Ministry ate the flesh off our bones.

A Monitoring and Evaluation scheme established by Ms. Mohammed herself found that officials had mismanaged most of an astounding N320billion for the MDGs between 2006 and 2008.

Nobody cared. Nobody went to jail. Because if you steal from children, or the sick, or the weak, that is their problem.

How bad is that in everyday currency?

An example: In August 2015, three months after Buhari—swearing and sweating from every tree-top in Nigeria about how much corruption he would combat—assumed office, Premium Times continued its stellar reporting by disclosing that—among others—the MDGs Office had spent N154.2 million to construct ONE borehole in Abuja, where the average cost of such a project was about N1.5 million.

N154m. For one borehole. Buhari, holding his nose, could not smell the sewage. He was too busy fighting corruption.

And just days after that story was published, the MDGs Office abruptly stopped the project tracker it had maintained on its website.

That was five years ago, at which point about $10bn had already been emptied into the DRG borehole, alongside parallel investments, since 2006. Another $5bn has since then been thrown into the same hole.

But currencies aren’t the only way to see these things. Take COVID-19, for instance, which has lifted the veil of pretence over Nigerian governance, enabling the world to see how—in contrast to the army of the nation’s “wealthiest” former federal and state officials assembled in massive mansions and palaces and estates in Abuja—empty are Nigeria’s claims to any real structures in the past 20 years.

Now we know for certain that even the so-called hospitals commissioned by the president do not work. Not that he notices, because local hospitals are for the weak and the PDP.

Early this month, Finance Minister Zainab Ahmed announced in that same city that Nigeria will raise $6.9bn from multilateral lenders to combat the coronavirus.

If so, Nigeria digs itself deeper into quicksand as it hypocritically battles the wrong enemy.

Nigeria can never fight poverty until it first fights the mental poverty of the political elite whose first instinct is to snatch and grab for self at the first—and every—opportunity.

The Nigerian enemy is the Nigerian official, current or former. He may well find the fires of hell in the eyes of the hungry and tired bursting through his steel gates.