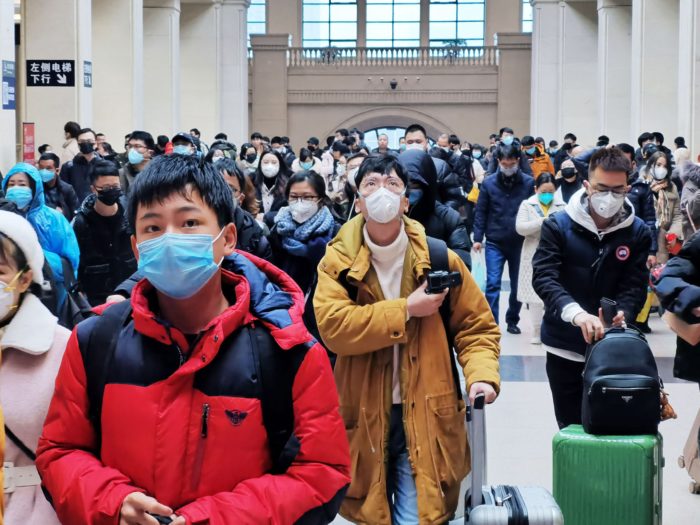 Life is gradually returning to normal in Wuhan

The months-long lockdown in the city of Wuhan in China’s Hubei province – where the coronavirus pandemic started – has been lifted.

Anyone who has a “green” code on a widely used smartphone health app is now allowed to leave, for the first time since 23 January.

Train, road and rail connections have now been re-established.

It comes after China reported no deaths on Tuesday, the first time since it began publishing figures.

To contain the spread in Wuhan, authorities imposed unprecedented restrictions on travel and ordered the closure of most businesses in the bustling metropolis, which is home to 11 million people.

Chinese authorities have credited these measures with a downturn in infection rates, and the vast majority of cases are now being reported outside of China.

Last month, when Wuhan reported its first full week with no new infections, shopping malls were re-opened. Some people in “epidemic-free” residential compounds have also been allowed to leave their homes for two hours.

From Wednesday, approved residents will be able to use public transport if they are also to provide a QR code for scanning. The code is unique for each person and links to their confirmed health status.

People engaged in making medical supplies and other daily goods will be allowed to return to work. Other industries that impact national or global supply chains will also be able to re-open.

Even with a limited air service, 200 flights are scheduled to depart Wuhan on Wednesday, carrying out 10,000 passengers.

Chinese state media has shown aerial footage with nearly 100 high-speed trains ready to depart and highway roadblocks have been removed.

Some limits on transport will remain in place, however, and schools are still closed until further notice.

Wuhan officials have also revoked the “epidemic-free” status of 45 residents’ compounds because of the emergence of asymptomatic cases, and for other unspecified reasons.

Stringent lockdowns remain in place across other areas of China. In Beijing, where 31 new cases were reported on Monday, city authorities have announced tough new measures. Anyone entering the city must be quarantined and undergo health checks.

Since the outbreak began, more than 3,300 people have died in China and 81,740 have been confirmed as infected, according to official figures.

The National Health Commission said it had 32 new confirmed cases on Tuesday, down from 39 a day earlier.

But the government is under scrutiny about its response to the outbreak, and whether it is underreporting its figures.

Hitting back at these claims, Chinese state media have published what they describe as a detailed timeline of its response and information sharing.