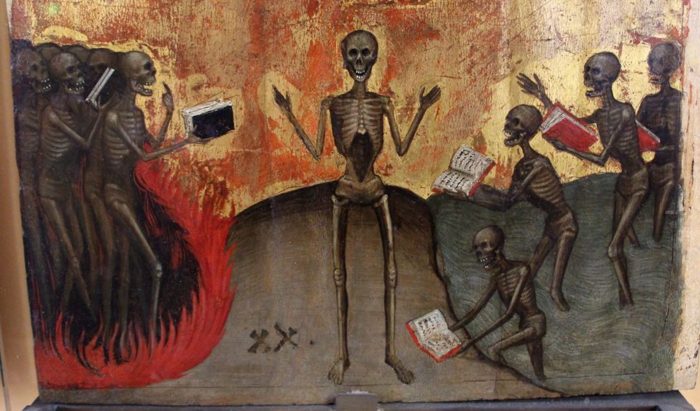 More than a decade ago when I first started writing this column, one of the articles I wrote was on Nigerian “Nostradamuses”. In that piece, I called out the culture of Nigerian pastors’ annual prophetical proclamations as a sham. I pointed out that most of what the religious leaders claimed to be divinely inspired visions were already in the news, and that none of those “prophets” had access to any extra-sensory forces to make those predictions. I have also written a couple of other pieces since then to take on certain pastors whose prophecies – and how they publicly declared them – I considered unethical. Like that time when a prophet said a celebrity figure might never have children (plot twist: she has kids now). I wrote then that such an idle talk was invasive of the celebrity’s privacy, and it was also immoral to subject her personal life to the public gossip mill.

Prophecies are an inextricable part of the religious industry, and so I did not expect those pastors to stop churning them out every end of the year because they read my rebuke. What I hoped for was that they would at least inject some sanity into the process. So far, that has not happened. In fact, it seems that a pastor that wants some media attention now has to resort to making spectacular prophecies. For instance, last Tuesday, a certain apostle “prophesied” that the singer, Naira Marley, was a demon and should repent. One does not need to waste time and logic analysing the absurdity of this because it is obvious the “man of God” just wants to ride on the stardom of the singer to become famous too. Since pastors cannot publish their nudes, they use prophecies to buy their way to renown.

Then, there is the example of the Spiritual Director of Adoration Ministry in Enugu, Rev. Fr. Ejike Mbaka, who claimed that the Holy Spirit told him that the Imo State Governor, Emeka Ihedioha, would lose his position to the All Progressives Congress candidate who contested against him in the 2019 election, Senator Hope Uzodinma. His prophecy was still being digested when another prophet, Modestus Kelechi, counter-prophesied that Ihedioha will, in fact, rule Imo State for eight years. Bear in mind that Ihedioha has not even spent a full year in office, but Prophet Kelechi’s antenna is picking up signals that reach as far as 2027. Mbaka and Kelechi are some of the reasons one cannot but love Nigeria. For every mad man, there is a specialist.

Nobody can be certain how the court case against Ihedioha will turn out, but what we know is that those kinds of prophecies are not spoken so they can come to pass. Those prophets are using their moral authority as pastors and “seers” to manipulate the public will against a political figure. The tactic is to sow the seeds of disaffection against the governor and cause a disruption that will undermine his authority. That is how they draw attention to themselves as a broker of public peace. The person prophesying against the governor and the person countering him are playing the same game. They are both shoring up their political relevance and working to establish themselves as moral authorities who should be “settled” by politicians to either maintain public peace or disrupt it. There is nothing new about the commodification of prophecies either; the Bible is full of denunciation of such acts of simony.

Looking back from the first time I wrote on the Nigerian culture of prophecies, I think it is no longer enough to question why the Nigerian God almost always inspires prophecies that see doom, death, and destitution and presents them to the public in gossipy terms. It is more illuminating to question the gaps – social, moral, ethical, spiritual, and intellectual – that exist in our society and which these prophets step in to fill with their annual tradition of prophesying.

To a large extent, the desire to know what the future portends is not unique to our culture. Activities that claim to divine the future are popular across cultures and generations. From Asia to the west, astrological activities such as horoscopes and zodiac are relatively popular, especially among millennials. There must be some instinctual desire in people to want to know the future, and any device or human agent that promises to forecast for them is guaranteed their attention.

So, while Nigerians are not unique in the habit of seeking what the future holds, what is missing in our society is that the entire enterprise of prophecies is useless in the long run. Their contents are not edifying, either morally or intellectually. Of what use is a prophetic declaration that says someone will die or that a governor’s position will be usurped other than momentary entertainment? Even when these prophets dabble in science, such as the times they talk about climate change and attendant environmental disasters, nobody outside their church circuits considers their vision credible enough to mobilise people towards making changes to stem the tide.

Despite the failings of these prophets, Nigeria needs prophets. However, the kind of prophets that we need are not those that ask us to pray to avert every disaster, but the ones that will stimulate us into reasonable action because their forecast is based on logic. What underpins every prophetic declaration by a pastor that says God-told-me-and-He-alone-can-determine-how-it-will-happen is some level of mental laziness that absolves the prophet from the hard work of thinking. While we cannot merely wish these raucous prophets away, we at least need other prophets who will counterbalance them with a forecast that is premised on logic and calculations. By that, I mean prophecies that are plausible because they stemmed from the scholarly rigour of those that read historical trends to project how society will turn out within a period.

Those that forecast the future in advanced societies do not merely rely on magical thinking; they study hard to arrive at their conclusions. For instance, as the new decade dawned, newspapers and magazines in other parts of the world gathered experts and asked them to predict the changes that will re-define our world between now and December 2029. The results were intriguing. While some ideas looked too wild to ever come to pass (at least given the range of social and technological conditions presently available to us), the fact that a human mind could conjure such possibilities was fascinating in itself. Their speculations ranged from mind-blowing projections in technology to calculations on how global politics will re-align.

Some of the predictions have been unfolding already, and those forecasters went further to project how emerging realities will converge to remake our world as we know it. Some of the analysts parsed different technological advancements and projected that our understanding of what we call the “human” would not remain the same by the end of the decade.

Nigeria needs more of such analysts, not the fellows that inundate us with the chit-chat of which woman will get pregnant or not. We cannot drive out the prophets whose God cannot inspire them beyond banal and inconsequential things, but we can balance them out with predictions that use the instruments of science and rational knowledge. It is entirely unsatisfactory that we have a society where people earn advanced degrees in political science but those whose projections of our political space are men who claim to have seen things in a vision.

We need the experts to step into the spaces these prophets are claiming for themselves. It is important. Those that predict the future in more advanced societies do not just engage in it as a mere academic exercise. Their predictions are also about using their imagination to set sociological and technological agenda that also triggers the inventive capabilities of experts. If we continue to toe the path that relinquishes the power to define our public ethos to charlatans who are never able to see beyond 12 months ahead, we will be stuck in the rut where magical thinking reigns at the expense of the secular insight that transforms societies.