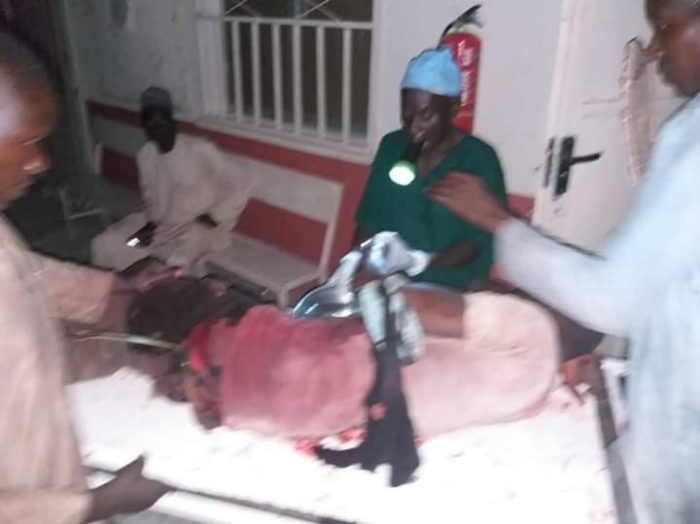 Medical tourism is an ambiguous sick rose. Its a cavern of the unseen, where deathly tools manifest deficient healthcare and secret crimes of black market operators, comprising quack doctors, organ harvesters and traffickers.

Knowing this, President Muhammadu Buhari urges Nigeria to wean her heart of lusts for medical tourism abroad as Wordsworth urges England to wean its heart from emasculating food in ‘October,’ a sonnet of 1803.

Like Wordsworth, Buhari waxes lyrical, urging Nigeria to shun patronage of overseas healthcare. Tough luck, Buhari; Nigeria is on her knees, enraptured by illusions, she sucks from the wrong spigot.

Deficient healthcare corrupts nature. It violates the physical and psychic frames of its victims. Ultimately, it kills. Speaking at the Second National Health Summit of the Nigeria Medical Association (NMA) in Abuja, in November 2019, President Buhari, represented by the health minister, Osagie Ehanire, highlighted its dangers, stating that medical tourism would reduce if Nigerian hospitals offer quality service.

Besides costing the country a whopping N400 billion annually, many risk falling victim to organ thieves and traffickers. They also suffer exposure to quack doctors and substandard healthcare.

Simply put, embarking on medical tourism abroad is akin to hopping from a frying pan into the fire, sometimes. Picture Nigeria as the frying pan, how hot does it get?

Just recently, photos posted by a certain Sawaba FM Hadejia, generated buzz online as they purportedly reveal the shocking incident of a surgeon performing an operation on a seriously injured patient on the corridor of the Hadejia General Hospital, Jigawa, with a torchlight, due to power failure.

The imagery manifests as a sad commentary on Nigeria’s comatose health sector where hospitals are understaffed and doctors perform surgeries using torchlight due to frequent power cuts.

Notwithstanding, President Buhari has restated his resolve in his new year speech, to continue reforms in water sanitation, education, and healthcare sectors. He stressed his government’s liaisons with international partners such as GAVI, the vaccine alliance, and the Bill & Melinda Gates Foundation to access support for his social welfare initiatives.

A few months earlier, Mr. President said there was an urgent need to address brain drain in the health sector. He said the Federal Government would like to dialogue with doctors and nurses, “to study ways of retaining our skilled workforce, trained at great expense to the state, as determined by the Postgraduate Medical College.”

Perhaps he truly meant well. But Mr. President must understand that his “candid” and perhaps heartfelt homilies deflect the moral questions triggered by substandard healthcare.

More significantly, he mocks the fate of the poor, unemployed masses, whose sad fate it is, to wither and die on the deathly corridors of public health centres. Some may encounter a conscientious, diligent doctor, who would pull all the stops to accord them a semblance of satisfactory healthcare from time to time. Oftentimes, they won’t.

If Buhari means well, can he vouch for his kitchen cabinet, the legislature, and medical tourist governors? Can he show over 190 million Nigerians or thereabouts how his administration cuts back on frivolities and tames the profligate lusts that drive public officers to seek medical care abroad?

The country’s poorest are worst hit by the state of the health system as primary healthcare centres (PHCs) lie comatose from inadequate funding, lack of equipment and medical personnel. On the flip side, the waiting rooms at secondary and tertiary public health facilities are overcrowded with patients waiting to see doctors.

Often people have to stand or sleep outside to keep appointments with medical personnel who are often undermanned, insouciant and exhausted.

The consequences are never fair on the impoverished who are often left without money to pay for their treatment by the time they purchase the consumables.

The situation is compounded by a troubled economy, seismic insecurity, and nepotism in recruitment processes, resulting in many doctors leaving the country.

There is also the issue of foreign-trained medical students failing the assessment examination conducted by the Medical and Dental Council of Nigeria (MDCN); a situation senior medical practitioners ascribe to their attendance of substandard medical schools in Eastern Europe and Asia.

It’s instructive that they are hardly given licenses to practice in the countries where they schooled, argued MDCN pundits. In April 2017, 501 medical students, trained abroad, sat for the MDCN examination conducted at the University of Ilorin Teaching Hospital in Kwara State. Only 132 of them passed the examination.

Yet health indicators decline in the absence of aggressive interventions to stop the medical brain drain. The Nigerian Medical Association (NMA) estimates that of the 75,000 doctors registered in the country, about 40,000 practice outside Nigeria. In the UK alone, it is estimated that 12 doctors from Nigeria are registered every week, with more than 5,250 Nigerian doctors already working there.

The proposed 2020 budget of the Federal Ministry of Health is N427billion, which amounts to about 4% of the budget. This is despite a 2001 pledge of 15% of the national budget towards healthcare by member nations of the African Union at a meeting chaired by Nigeria.

In sharp contrast, Rwanda has risen from the ashes of its genocidal past to evolve the most sought-after healthcare system in Africa. The country’s budget ensures that the health sector gets over 20 percent of funding juxtaposed to the Abuja declaration of 15 percent. The health delivery system is used as a best-case scenario by many experts. It is also famed for its success in implementing the community health insurance program which has improved access to quality health for citizens.

The World Health Organization regards countries with less than 10 doctors per 10,000 people to have an “insufficient” number of medical personnel.

Thus Nigeria’s doctor-patient ratio estimated at 1:6000 is regrettable when compared to the ratio of doctor-patient in India (1:2083) and in the United States (1:500). Despite growing evidence that medical graduates no longer see a bright future working in Nigeria, the Minister of Labour and Employment, Emeka Ngige, recently stated that the country has surplus doctors.

To reverse the trend, President Buhari, recently, directed the Federal Ministry of Health and other relevant agencies to urgently formulate policies and programmes for achieving Sustainable Development Goals (SDGs) for national development.

At the backdrop of these challenges, President Buhari’s frequent trips to the UK to seek treatment for an undisclosed ailment manifests as a sad irony to millions of Nigerians denied the kind of quality healthcare he seeks abroad.