Home Columnist The boychild and the crystal cabinet – By Olatunji Ololade 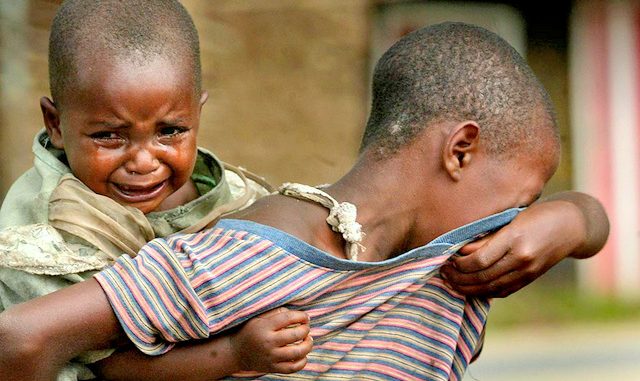 From infancy through adulthood, the Nigerian boychild needs saving but he is repeatedly ignored. Childhood was his crystal cabinet, the window into his carefree beginning, when he dwelt in the body without ambivalence or fear. But puberty ends his trusting view of nature, triggering the ritual riddance of his innocence. And so begins his passage into savagery and containment.

Fate, dancing like a maiden, entices him by its pirouettes; trapping him like a bird, she keeps him in her museum of mortal specimens. She is Omphale with her male domestics or Iwapele seducing Akara Ogun with her garland of goodies and the forbidden room. But unlike Akara Ogun, puberty ushers the Nigerian male into her forbidden chamber too early. He wouldn’t abstain until her demise. Consequently, he suffers the blistering baptism of burning truth.

Growing up is never easy. Puberty is his savage space thus this minute, he is the minor suffering sexual assault from paedophile parents, teachers and guardians.

He is the 14-year-old victim of Kabiru Abdullahi, 40, who sodomised him to fulfill an urge. He is 16-year-old Anthony, sexual assault victim of Jesus Intervention Household Ministry’s General Overseer (GO), Reverend Ezuma Chizemdere, who reportedly raped him and 14 other teenage boys, until he (Anthony) tested positive to HIV.

Sexual initiation thus becomes his razed temple of sex, from which the faithful disperse into gendered wilderness. Having been repeatedly ignored by the slew of NGO-sponsored sexual awareness education and messages, he emerges from puberty’s temple with strange notions of sex and gender relations. A product of violent sexual abuse and corruption by random sources, he emerges a rapist, a paedophile, a sexual aggressor driven on diets of victimhood.

Growing up, he feels a strange sense of emptiness: his life begins to feel like a fictional theme park. He dreams of bliss by imitating the lives of others, precisely more privileged peers. So doing, he models his existence like a theme park built around facets of the lives of others. How can he attain a wholesome life?

Slugging it through the vicissitudes of life in Nigeria, his life assumes the flurry of a caricature; its lucid dreamscapes and obscure vistas forces him to question what being a man really is – or, more precisely, what it is worth.

From childhood through adulthood, he learns to buy his way into security, into value, into innocence, and the highly expensive gated simplicity denied millions of Nigerians.

While the odds favour him, he must learn to display unconscionable apathy towards the fate of the people trapped outside thinking they were not smart enough and thus undeserving of his gated paradise.

Adulthood beckons with curious entrapments: money, work, power, acclaim, carnal lust, love and renown. It seldom ends well when he yields to temptations of the modern world. His tragedy subsists in the male paradigm of rise and fall, affluence and poverty, power and weakness, health and sickness, love and hate, life and death.

His life unfurls as a shadowy analogy. Traditional manhood stories are picaresque, feel-good narratives of his becoming, he eventually finds. In contrast, a man’s life is fraught with challenges. There is neither certainty nor sense of an ending.

His narrative is borne of pain and detection and his life, a perpetual struggle to hide what he cannot control. Ultimately, he struggles to ignore his mistakes in plain sight.

This year, he was the President who couldn’t divest his soul of the bitterness of nepotism, arrogance, ethnic bigotry, quiet animosity and clannishness. Heck, he couldn’t even control his flippant and publicity-junkie wife.

He was the governor whose definition of service translates to tyranny over the citizenry and plunder of our commonwealth. He was the occult lawmaker extending his ‘reign’ by setting sail on an ocean of electorate blood.

He is the courtier flaunting nimbleness and eloquence to entertain and goad all into complacence. A persuasive actor, he makes large deposits of religious and ethnic bigotries into our emotional bank accounts. When he withdraws, he does so to our disadvantage and the advantage of his ‘principals’ and ‘clients.’

He is the smiley face of the corporate state that has hijacked the government. He is the lobbyist, social and political influencer by whose antics bad leadership and corporations realise their callous plots.

Like Castiglione’s courtier, he wears face powder to deceive us as a currency-activated journalist and columnist. He is the slick disputant and sophist who masks brilliantly, the evils of corporate state in a garland of lies of beautiful English.

He is the elite technocrat, politician and academic manipulating information and statistics to project illusions of growth and prosperity. He is the intellectual thug who weaponises the government instrument of consumer price index (CPI) into persuasive propaganda.

He is the revered economist whose ‘genius’ keeps the official inflation rates low and substitutes on behalf of government, basic products we once tracked to check for inflation, with ones that do not rise very much in price while keeping the cost-of-living increases tied to the CPI artificially low. Thus the disconnect between reality and what we are told.

In his search for a more promising future, he has grown from the 10-year-old wielding plastic rifles and swords to mow armies of imaginary monsters and hostile cornstalks into the smart aleck intolerant of his spitting child image.

Finally, he understands, that the swords in his hands were never real and if he could go back in time, he would escape the wilderness of manhood

In the same way the hunter enters the forest in D.O. Fagunwa’s literary masterpiece, Ogboju ode ninu igbo irunmale, he enters the magic castle of his Nigerian nightmare and emerges from its eerie iridescence only to re-enter it as a disgruntled senior citizen for whom twilight dawns unpromisingly.

Eventually, the magic wears off while the news breaks to the boychild that the life he dreamed as a 10-year-old is unattainable by unimaginable leaps. Ultimately, he would find that its the same grind through various stages of manhood.

This year is far spent and he approaches 2020 trying to unravel and understand, the interminable woes that make Nigeria uninhabitable for him.

Scorned, villified, neglected, he becomes the reason for the failure of every social, political and economic redemption programme.

He is the thinker, the planner and executor, the pathologist and undertaker of every progressive, inspiring social panacea. He is the theorist and pragmatist; the seed, the shoot and the weed. He is the fig that lets down the leaf; the hand that nurtures and smothers.

He is the performer in the period of youth, the star that got dimmed in the middle of his scene, because he failed to leave while the ovation was loudest.