Home Columnist Yakubu Mohammed and his quest to govern Kogi 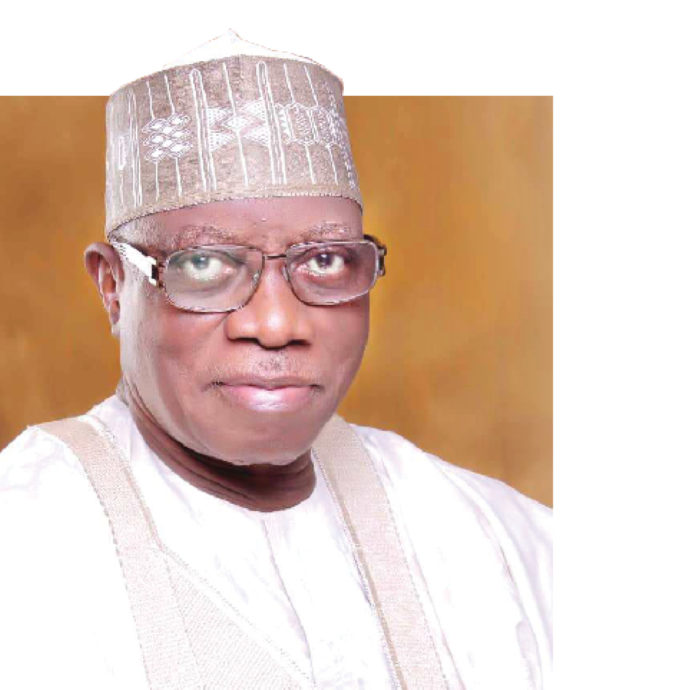 As one of those who fought for the creation of Kogi State in 1991, a founder of Newswatch Magazine, Alhaji Yakubu Mohammed has not been pleased with the way the state has been governed since it was created.

As a result, the veteran journalist and former Pro-Chancellor of Ahmadu Bello University Zaria, has joined the Kogi governorship race again. He obtained the expression of interest and nomination form of the All Progressives Congress, APC last week.

Many people are not aware of the role Yakubu Mohammed played in the creation of the state in 1991.

In his words: “On July 4, 1991, I was invited by President Babanigda for discussion on the issue as one of the signatories to one of the numerous demands for the creation of Kogi State. For two hours, I had the opportunity of making a case for the creation of Kogi State. Satisfied with my presentation, President Babangida said there and then and I quote: ‘Yakubu, you now have your Kogi State.” Two months later, the Armed Forces Ruling Council announced Kogi among the new states it had created.

Despite not getting any political appointment from the APC, Mohammed has remained a loyal party member since he picked his membership form in 2013. He was one of those who made it possible for President Muhammadu Buhari to win in Kogi for the first time in 2015.

He has an in-depth knowledge of the myriad of problems bedeviling Nigeria having been a journalist at the highest level for four decades.

Mohammed, who is from Kogi East (Igala land), started his career at New Nigeria newspapers in the 70’s where he became associate editor at the age of 26. In the early 80’s, he became the editor of MKO Abiola’s National Concord newspaper. 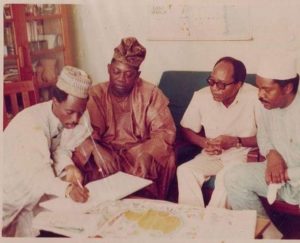 Before 1982 when he became editor of Concord, the paper was doing between 99,000 and 100,000 copies daily, but between 1982 and 1984, Mohammed with the help of Dele Giwa took circulation to 420,000 copies. They happened to be the first journalists to interview Gen. Muhammadu Buhari after the military took over in 1983. When they ran that interview in Concord, it took the circulation to 450,000 copies.

As usual, Mohammed is not alone in the race. He has other aspirants to contend with for the APC ticket. Governor Yahaya Bello, a former Chief of Naval Staff Usman Jibrin, former NFF Chairman, Sani Lulu and Mohammed Audu, son of late Abubakar Audu.
Given the numerical strength of Igalas in the state and the fact that no Igala person is occupying any key governance position from Kogi and in Kogi, many are of the view that the APC ticket will easily go to an Igala aspirant.

Some have argued that Mohammed like the other Kogi East aspirants is trying to take advantage of the fact that his is from a majority ethnic group (Igala). However, political analysts of from the state disagree. They are of the view that assessing him based on his ethnicity alone is like reducing his achievements over the years.

An analyst, Michael Adejo said, “While other aspirants may be banking on their ethnicity to defeat Bello, Yakubu Mohammed is depending on his integrity.”

He has served as a government official and his records have remained untainted by corruption. As Pro-Chancellor and Chairman of Governing Council, ABU, Zaria from 2005 to 2007, he refused to enrich himself with public funds, instead, he cleared backlog of salary arrears that were not paid.

Speaking of his time at ABU, he said, “ABU at that time had some problems of promotion of Professors, backlog of salaries arrears that were not paid. Some professors had packed their luggage to leave the University. I put smiles on their faces by clearing the salary arrears. We cleared backlog of promotions and ABU the largest University in Africa became what it was known for, Citadel of Academic excellence.

“I think that I can also take this thing I have done in ABU to improve the lives of my own people in Kogi State and transform that State to the level that we all desire. Kogi State I used to say was the brain basket of northern Nigeria. Almost all the institutions that we have in northern Nigeria were manned by people from Kogi State, a state known for academic excellence. But today, the story is different.”

Apart from his clean track record in public service, his political network in the state goes beyond Kogi East as he has supporters in Kogi West and Kogi Central Senatorial Districts. His supporters also cut across religious divide.

Speaking of his diverse fan-base, he said, “Although I am a Muslim, many of my supporters are Christians. I am an advocate of religious tolerance and inter-religious harmony. This inclination has motivated many Christians to demonstrate their unflinching support for my candidature. Indeed, many churches have been praying for my success in the race to Lugard House, Lokoja.”

Mohammed served on the national publicity committee for the transition to democratic civil rule that ushered in the Shehu Shagari administration in 1979. He also served along with notable literary icons like the late Professor Chinua Achebe, on the committee that fashioned out the current national anthem in January 1978. These various appointments gave him the opportunity to serve his country and his state and promote the interest of his beloved people of Kogi State.

In the active struggle for democracy, he and his colleagues at Newswatch were frequent visitors to security detention camps during the military era. As one of the leading lights in Kogi State, he used his wealth of experience as a journalist to assist the state government to develop the state. His commitment to the development of Kogi State is total.

Although, as a policy he does not like to blow his trumpet, it is well known that at various times, he has been instrumental to many strategic appointments of prominent Kogi indigenes at the federal and state levels. Such high profile appointments included federal permanent secretary, director-general, federal; civil service commissioner and state commissioners among others.
“My mission in politics is simple, to give hope to the hopeless, voice to the voiceless, and strength to the weak and powerless,” he says.

That is left for the APC to decide.