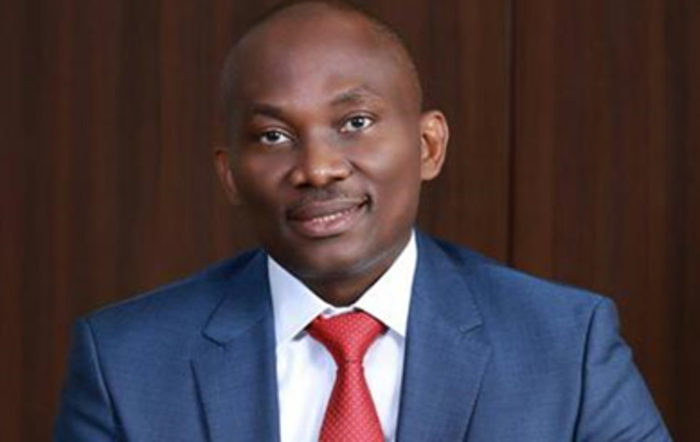 The Peoples Democratic Party has suspended Ndudi Elumelu, the factional minority leader of the House of Representatives.
The PDP made this known on Friday evening in a statement by its national publicity secretary, Kola Ologbondiyan.
The party also suspended Lynda Ikpeazu, Wole Oke, Anayo Edwin, Gideon Gwadi, Toby Okechukwu and Adekoya Abdul-Majid.
The suspended members were nominated by the speaker of the House, Femi Gbajabiamila, as minority leaders, against the choices sent in by the party.
The PDP had nominated Chukwuka Onyema as Deputy Minority Leader, Yakubu Barde as Minority Whip and Muraina Ajibola as Deputy Minority Whip.
The announcement of a different set of lawmakers caused confusion in the parliament on Wednesday and Thursday, with members breaking into a fight.
The PDP summoned Mr Elumelu and the other lawmakers on Thursday.
According to Mr. Ologbondiyan, the party’s decision was a resolution of the National working Committee who sat on Friday to review the issue.
“The Party noted the roles played by the underlisted members which resulted in the Speaker of the House of Representatives, Hon. Femi Gbajabiamila, reading another list for Minority Leadership of the House other than the list submitted to him by our party, the PDP,” he said.
“After preliminary examination by the NWC, it was evident that the roles played by the above mentioned members, bordered on indiscipline, insubordination and disobedience of party directives contrary to Section 58 (1)(b)(c)(f)(h) of the PDP Constitution (as amended in 2017), which provides that:”
“Subject to the provision of this Constitution, the Party shall have power to discipline any member who says or does anything likely to bring the party into disrepute, hatred or contempt; disobeys or neglects to carry out lawful directives of the party or any organ or officer of the party; engages in anti-party activities; or engages in any conduct likely to cause disaffection among members of the party or is likely to disrupt the peaceful, lawful and efficient conduct of the business of the party”.

“Consequent upon this, the above mentioned members of our party are hereby suspended for one month and this matter is hereby referred to the National Disciplinary Committee of our party, in keeping with Section 57(3) of the PDP Constitution.” The statement read.