Home Columnist Disco dance in the dark – By Yakubu Mohammed 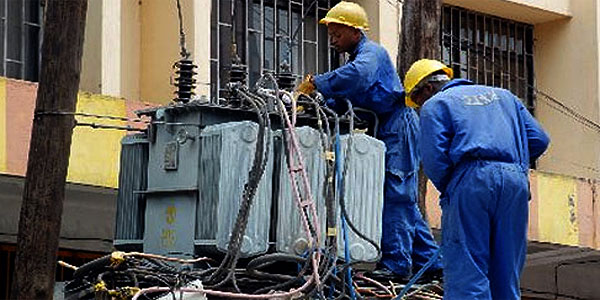 As of the time of writing this piece, many parts of the country are in the dark literally. No light due to system collapse or there is reduced out-put which is measured in megawatts, a measurement contrivance that an average consumer should not bother to comprehend, because really, to him, it is an incomprehensible technological jargon.

But this incomprehensible business of darkness, instead of light, is courtesy of the Discos, not the one held, boogie-down style, in a smoky night club for the randy young men and their sensual but scantily dressed female companions – something that easily provokes the moral indignation of those whose mission on earth is to redirect the wayward to the path of saintliness with the promise of a heavenly reward.

No, not that disco. We are, in fact, talking about the serious matter of the electricity outfits fashioned out by the unbundling law of the land to distribute power to our homes and the industries without let or hindrance but with improved efficiency but which has been failing consistently in discharging this serious responsibility probably because they can’t be serious as their names suggest. Or possibly they are afflicted by the national malady that renders many public institutions ineffective at the best of times, or comatose – dead as dodo at the worst of all possible times.

What has provoked this week’s outrage is the story in the newspapers on Monday that for the eighth time this year, the national power grid recorded a total collapse that had plunged consumers across the country into darkness. According to the report, the government-owned Transmission Company of Nigeria, responsible for managing the grid, had blamed the electricity distribution companies, alias Discos, for the system failure. In plain language, the Discos, ever plagued by lack of capacity to distribute the paltry 3.8 megawatts, suddenly stepped down their capacity with the resultant high voltage that caused fire on Benin 330KV transmission line reactor.

So the Discos have remained the bad guys. And the grid, apparently always fragile and as brittle as egg, has remained prone to one problem or the other. In only six months it has suffered system collapse eight times. Those who have been following the trajectory or the travails of electricity distribution from its conception in the colonial days to now would not be surprised about its inexorable alternating capacity between light and darkness as if imitating the alternation between day and night.

The unflattering history of electricity supply has seen determined government efforts to improve the situation and to make it play an effective role in the country’s socio-economic development. But all these good intentions over many decades have had their drawbacks. Some little unforeseen factors, mainly corruption, would always put spanner in the works.

One popular episode was the snake in Kainji Dam in the eighties that affected some generating turbines leading to a shut down. The nation was plunged into darkness for days. But the ever patient, if not hapless, fellow citizens took the episode in their strides, making a light joke of it.

From Electricity Corporation of Nigeria, ECN to National Electric Power Authority, NEPA, it was the same story, prompting a national advisory to the citizens, never to expect power always. NEPA at the height of its glory, when in 1989, it assumed the status of a quasi- commercial organisation, embarked on some reforms to make it more efficient. But its power generation capacity – pooling all the six major power stations under its roof –still stood at a miserable 3.5 megawatts at the time when smaller African countries were reaching stratospheric heights in their power generation.

It then added Egbin thermal power station to its arsenal. Though that came with great improvement, it did not quite cure its perennial headache. In the absence of a snake in the turbine at Egbin, NEPA had to contend with the shenanigans of snakes in human skin – the Niger Delta militants whose anger was like that of a woman scorned. When it caught their fancy, they would blow up pipelines that supplied gas to Egbin power station, plunging a large swathe of Lagos including some parts of Ogun State into darkness.

The year 2005 was for the government the year they thought they had found a formula for dealing with NEPA’s (now called Power Holding Company of Nigeria) perennial power outages and erratic services. It took a radical step that was designed to be a cure-all panacea for the company’s problems. It enacted the Electric Power Sector Reform act of 2005 which led to the unbundling of the octopus into 18 different companies, namely six generation companies, 12 distribution companies spread across the 36 states and a national power transmission company.

Nigeria now had 11 distribution companies. But they were a child of peculiar Nigerian circumstance. As usual, they were acquired through the Bureau of Public Enterprises, BPE’s elaborate bidding process with due diligence.

It is fair to say of some them that their experience with electricity did not go beyond the elementary one of switching on and switching off power in their homes. Many of them, too big to soil their hands, did not even know how to start and stop their personal stand-by generators.

But it came to pass that most of those who won the bid, it would seem, had no business running a business underpinned by advanced technology which, to all intents and purposes, was also capital intensive.

Yet these are the gentlemen who were favoured by providence. When they ran out of money, the Federal Government even doled out bailout funds for them to run their Disco outfits. That is when the disco party started.

They retained the NEPA staff with their sticky hands for corruption. Nigerians who clapped for them initially started groaning under the heavy weight of over padded estimated bills. But they couldn’t complain. Oh, they could complain. But their complaints fell on unhearing ears.

I have two live experiences that illustrate how corruption will not allow for efficiency in the management of the Discos. It is already a given that they don’t want to meter any house. That is why the metering conundrum persists. They prefer to slap consumers with outrageous bills even for power not consumed.

There is this fellow who shares a building with a lady. One stays in the apartment below the other. The same points of power consumption. One pays as much as N30,000 estimated bill per month. But the second occupant, a lady, pays half, if she pays at all. One day one of them locked up his apartment and travelled out of the country for a couple of months. But when he returned, he was greeted with a bill that was fit for a factory. But he didn’t forget to switch off all the light points before he travelled. In effect he was made to pay for what he did not consume and the fellow who enjoyed the power supply almost steadily paid almost nothing. Power of corruption.

The other instance has to do with a single occupant of a house that has pre-paid meter installed for nearly 15 years. Power surge destroyed many things in his house and it affected his metre. The engineers who caused the sudden power surge, promised to repair the metre but in the meantime he would be put on estimated bill.

Eventually the meter was rectified. Thereafter all seemed to be well until June this year, when, after a moratorium of one year, some fellows from the serving Disco showed up with disconnection notice. He was told he had a bill of N300,000 to pay. When they saw that he was using a pre-paid meter and has been paying regularly without fail, they took off quarrelling among themselves, convinced that they were on a fool’s errand.